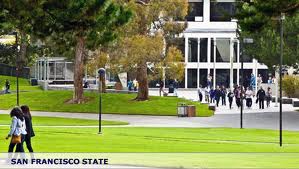 Just saw this from the Mission News Network:

College campuses continue to derecognize any religious organizations requiring leaders to hold a set of beliefs. InterVarsity Christian Fellowship has been derecognized by all California State University schools. That means 23 chapters of InterVarsity essentially have been kicked off of campus.

Here’s what this represents in terms of loss of witness in California: “With 23 campuses, almost 447,000 students, and 45,000 faculty and staff, we are the largest, the most diverse, and one of the most affordable university systems in the country.” Read more about the CSU system here.

There is much to say about this action on the part of the CSU system. Here are 5 thoughts at this early juncture.

1. This is catastrophic. I say this both because of the actual and the symbolic effect. In actual terms, ministry to nearly half a million students is hindered, even severely. These campuses lose one of the most vocal and long-standing college ministry organizations in the world. In symbolic terms, this is perhaps even worse. This is a massive blow to the cause of religious liberty on the college campus, perhaps the most imperiled sector of our society. What we’ve seen at Vanderbilt, Bowdoin, and other schools just received a massive shot in the arm.

2. This is the low part of the wave. Unless something truly unusual happens, this trend will spiral. Cru, Navigators, IVCF, RUF, BCM, and many other ministries should recognize that their work may well now be subject to a ticking clock. Of course, I can’t predict the future, and it’s unlikely that this trend will follow a straight and linear line. There may be some gains, even. But the momentum is not on the side of evangelical college ministry. It is on the other side, and there are so very, very many dominoes that can fall, because there are so many organizations bringing the gospel to the American university.

3. This should call local churches to a season of fresh investment. I am understating myself here. Every local church that is near a college campus should soberly consider retrofitting and enhancing its ministry to the school. Campus ministries will in increasing number be unable to do things like reserve a dining room or meeting space. But local churches–at least at this point in American life–are not inhibited from doing all they can to reach out to students and inviting them to trust Christ and join the congregation. This we should all do in greater measure in coming days.

4. We’re likely to see the growth of the burgeoning and encouraging Christian Study Center movement. Praise God for that. This just began at my alma mater, Bowdoin College, under the auspices of my dear friend Rob Gregory. (I will give an address at the opening of the McKeen Study Center on Saturday, September 27, 2014 in Brunswick, Maine.) Starting a CSC is no mean feat. It takes resources, a lot of interest, and tough skin. But wherever ministries and churches can do so, they should buy property as close to the college campus as they can, and they should build a great facility to which they can invite students. I think this may be one way that the gospel can continue to impact the college campus, but this is presently a small work.

5. God’s Word is not bound. Cal State administrators have acted with bias and prejudice toward IVCF. I am grieved to see this happening. This development is most assuredly a major setback for evangelical ministries, both on campus and in the broader religious liberty debate. But as my friend Sam Allberry rightly said, God and his Word are not bound (2 Tim. 2:9). Not in the least. God’s kingdom rolls on, and the principalities and powers can never, under any circumstances, stop it.

I have to be clear, however: this is a grave development for American religious liberty and for evangelical ministry. It is a watershed moment. The events at my alma mater drew major attention. That was at a college with under 2,000 students. There are now roughly 450,000 students whose direct prospects of hearing the gospel have taken a hit. IVCF is by no means the only voice on the quad, but it is a key one, and other Bible-believing outfits will suffer a similar fate.

There are those who have said, very recently, that American evangelicals exaggerate persecution. Whatever the merits of that charge (and it is largely spurious), this is no joke. This is the real deal.

August 27, 2014
Propelling the Gospel Ahead: David Platt and the SBC's Future
Next Post

September 8, 2014 The Practicality of Christlike Headship
Recent Comments
0 | Leave a Comment
Browse Our Archives
get the latest updates from
Thought Life
and the Patheos
Evangelical
Channel
POPULAR AT PATHEOS Evangelical
1

Steven Furtick is the Most Dangerous...
The Chorus In The Chaos
Related posts from Thought Life 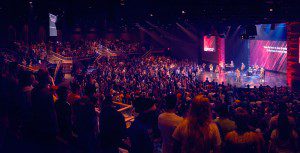 Evangelical
Lux in Tenebris: How God Is Moving on...
Thought Life

Evangelical
If the Culture's in Flames, Build in the...
Thought Life 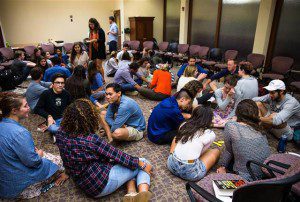 Evangelical
You Are Not Your Sexuality
Thought Life 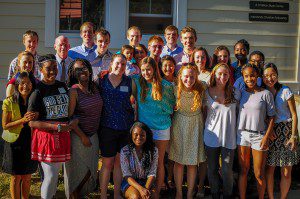