Why Complementarianism Is Surging: Introducing the 2016 CBMW T4G Pre-Conference 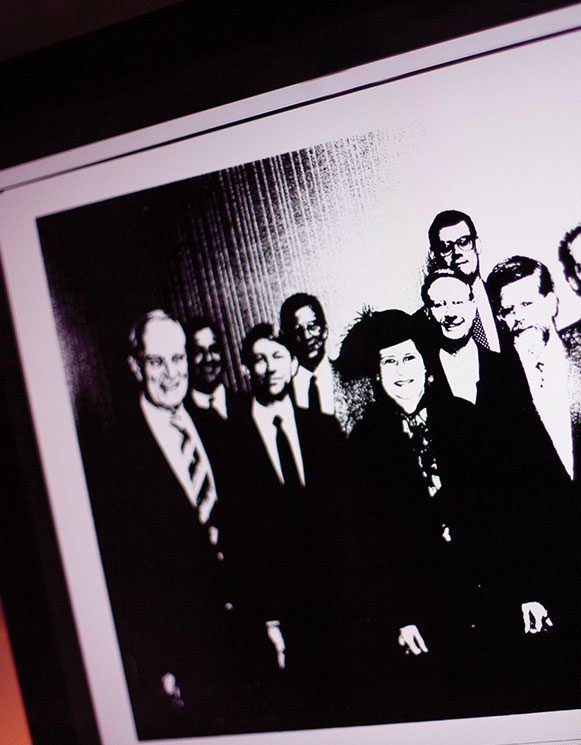 In 1987, Wayne Grudem, John Piper, Dorothy Patterson, and a number of other Christian leaders came together to found the Council on Biblical Manhood & Womanhood. They did so because there was little broad-scale representation of the complementarian viewpoint over against egalitarianism.

Fast forward to 2015. CBMW is, by God’s grace, going strong. But there’s way more than just one energetic outfit. Alongside tens of thousands of churches, a massive outlay of parachurch organizations, several thriving publishing houses, and much more, there are two major conferences that each hold to complementarian theology. The first is The Gospel Coalition, spearheaded by complementarians Tim Keller and D. A. Carson, and the second is Together for the Gospel (T4G). I love both of these efforts and am thankful for all they do.

The TGC National Conference is not meeting this coming year, but T4G is, and the conference theme is “We Are Protestant: The Reformation at 500.” I cannot encourage you strongly enough to attend T4G. I have gone every year since it began, and find it one of the most nourishing and affecting events out there. I love this conference.

CBMW will, for the second time, host an event connected to T4G. I’m thrilled to announce the 2016 CBMW T4G pre-conference, “The Beauty of Complementarity,” will be held April 11-12, 2016 in Louisville, Kentucky at the Galt House. Registration is now open, and if you sign up before January 1, 2016, you get a reduced rate. You’ll hear from trusted leaders like John Piper, Darrin Patrick, Mary Kassian, Alistair Begg, H. B. Charles, Danny Akin, Kevin DeYoung, Jason Allen, Sam Allberry, Ligon Duncan, Al Mohler, Miguel Nunez, and many more. I could not be more excited about this lineup; I can scarcely believe that we have drawn such an array of gifted and faithful speakers. We will once again be rocketing through a few short hours together–TEDx, you ain’t seen nothing yet.

What will you see at this event that might stand out to you? Let me suggest four quick elements that, taken together, show that there is tremendous health, joy, and energy surging through the complementarian movement at present.

1. You will see a group of men and women who stand on truth. The speakers at the CBMW T4G pre-conference are not ashamed of God and his Word. They have staked their lives on it. It can be dispiriting to live in a day and age when the Word of God is reviled, but at our sessions, you’ll be encouraged, edified, and trained by gospel proclamation that touches on every aspect of our lives. You’ll hear about many things, including some that we’ve identified as areas that we need to develop further: singleness, the sexualization of human identity, the fatherhood of God, the absolute iron-clad necessity of training women teachers in the church (see Titus 2!), and much more. We’ll cover the majors, in sum, but we’ll also cover less-discussed matters that we’ve heard people asking us to address.

2. You will hear a joyful celebration of God’s design. The marvelous thing about complementarian theology is that, because it is biblically-grounded, it does no violence to everyday life. In a culture ensnared in lies about the body and sexuality, we have the privilege of breathing the fresh air of Scripture. We can rejoice in manhood and womanhood as designed by God. We can be honest about our failings. We can call one another to fresh faith and fresh hope and fresh obedience to Christ. Complementarianism is at its core a movement of joy. We do not exist to fight with others or get red-faced mad about cultural developments. We love God’s work, we are thankful for his design, and we will, for a few short hours, revel in his transformative grace to sinners like us.

3. You will see a diverse movement that stretches all over the world. There are a bunch of American complementarians who will speak at the CBMW T4G pre-conference. You’d expect that, but you’ll also have the privilege of listening to believers from the Dominican Republic, England, and Canada (Alistair Begg, joining us on Tuesday, is from Scotland, but he comes to us by way of Cleveland.).

4. You will be blessed by the voices of numerous women. In our main sessions on Monday, we’ll hear testimonies from three woman transformed by the gospel: Jackie Hill-Perry, Trillia Newbell, and Courtney Reissig. On Tuesday, we’re holding a women’s mini-conference from 7:30am-10am. As is our way at CBMW, we’re packing a lot into a little time! This is our first time holding this event-within-an-event, and I hope that many wives will join their pastor husbands in coming to T4G both for this special gathering and for T4G itself. That is our intent.

There’s much more I could say about the CBMW T4G pre-conference. We are praying for this event to richly bless God’s church. We had such a positive response to our 2014 gathering that we expanded it so that we could cover much more ground, and bring in many more complementarian leaders, both men and women. We’re doing all we can to keep the price affordable, and $75 is a steal when you factor in the more than $100 worth of books that attendees will receive.

I encourage you to register now, before rates go up, because I anticipate a sell-out for this event. Since registration opened not 24 hours ago, we’ve already seen a great response!

From 1987 to 2015, much has changed. But CBMW is here, and we’re not going anywhere. We’re standing strong by divine grace, and we are thrilled to lift our eyes to the hills and see them teeming with complementarian churches, organizations, and resources. May God only continue to strengthen this movement, one that he himself has seen fit to create, one that he himself has designed.