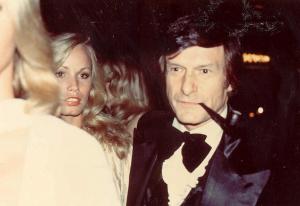 What is worse: treating women like sex objects to be used for your raw lusts, or protecting your marriage and the women you work with by not eating alone with them?

Playboy founder Hugh Hefner died a month ago, allowing us to test this question. If our culture is truly pro-woman as it tells us it is, you would think that major outlets would note the deleterious effects of Hefner’s influence. The New York Times did briefly, but its obituary bathed Hefner in a soft glow: “He was compared to Jay Gatsby, Citizen Kane and Walt Disney, but Mr. Hefner was his own production.” Adam Gopnik of the New Yorker did better, penning a back-and-forth take on Hefner, but concluded ponderously: “when social histories of the last half of the past American century are written, the pipe, the pajamas, and the self-invented playboy who held them will still demand their moment of attention, their acute and not entirely dismissive gaze.” The BBC’s unsigned obit betrayed a strong hint of wistfulness on the part of its author: “Hugh Hefner created a fantasy world for millions of men but unlike most of his readers, actually got to live the dream.” Shed a tear, reader, for the lonely dream of one BBC writer, the saddest writer in all the world.

This lofty commentary obscures the true nature of Hefner’s legacy. Obviously, Hefner’s pornographic publishing predated the Internet, and he could not see just how far others would take his vision of a sexual playground. But in making sexual material more available through print publishing, Hefner cleared the way for further efforts, which eventuated in the Internet. Ultimately, the free and easily accessible content of the web undid Playboy—but this does not obscure the fact that Hefner is the figure who gleefully sent the rough stone rolling.

In this sense, Hefner has quite a legacy indeed. Here are some stats from one group that recently conducted a nationwide survey on men and pornography usage:

We have to wonder: will the hero-driven “social histories” trafficking in Playboy memories speak of this “cultural influence”—the ultimate product of a generation of young men whose brains have been hijacked by fantasies, enslaving them to their lusts? What about the “cultural influence” exercised on a generation of young women, indoctrinated to see themselves only as recipients of male attention? What of the mistreatment, outright abuse, and suffering of women fostered by a culture that reduces women to body parts to be accessed when a silk-clad male motions them over?

You cannot miss that the predations of the monstrous Harvey Weinstein—a classic boy-man, with uncurbed appetites, very nearly obese—have a direct link to the pornographic culture instigated by Hugh Hefner. Our culture wishes to pretend that the two have no linkage, that you can have a sexually-permissive pleasureosphere in which everybody quotes Nietzsche in soft tones and treates others nicely, but this is not the case. When you emancipate men in particular from marriage, and from the religious and moral constraints that so frequently attend it, they over and over again treat women badly. If you present women as sexual objects—everybody come in close now, voices lowered—men will treat women as sexual objects.

We should, in other words, draw a direct line from Hugh Hefner to Harvey Weinstein. The first made the second possible. Hefner would not have approved of rape; but the severing of sex from marriage that he vigorously sought (and achieved) led to a sexual environment with few rules—and few protections for women. Hefner created the culture that Weinstein ravaged like a sex-crazed Gulliver.

My point now is obvious: the same media that condemns Weinstein (after helping cover up his apparent crimes) is the media that eulogized Hefner. As I read the reports about the Miramax producer, and read the half-hearted indictments of Weinstein by various famous personalities, I could not help but think back a few months to the furor surrounding Vice President Mike Pence, who famously does not have meetings alone with women who are not his wife. Pence, by his own confession, abides by this policy because he is a Christian man who wishes to honor God, protect his marriage, and not put the women he works with in a compromising position.

If you recall, this simple—and widely-admired—policy drew a tsunami of response, much of it hostile and even vindictive. The Atlantic ran this headline: “How Pence’s Dudely Dinners Hurt Women,” tagging on that Pence’s rule holds back “women’s progress.” The New Yorker used the word “horrified” in response, citing the “incredible level of inequity” Pence was singlehandedly ginning up. Journalist Parker Molloy offered a rather existential assessment: “Pence basically says that women shouldn’t be able to exist in public without a chaperone,” while writer Josh Gondelman, barely able to type from sheer fright, contributed this: “I’m scared of the guy Mike Pence is, and I’m equally scared of the guy he thinks he is.”

A line came to mind as I read back over these hot takes: “Thinking sex is sacred is the first step toward really turning it into something very ugly.” Hugh Hefner said those words, and he has succeeded—with many partners in crime—in convincing a significant sector of the American population to believe them. People today think what Pence does is “very ugly” and holds back “women’s progress”; these same people think Hugh Hefner was a cultural giant, a hero of progressive causes. People think that defending marriage is hateful and gross; conversely, they think that pinning bunny tails on women wearing only underwear in the presence of amorous men is empowering and ennobling. People think that honoring your wife is weird and even wrong; however, if you avoid marriage and engage in endless seductions, they will applaud you as a revolutionary.

The same culture that eulogized Hugh Hefner and enabled Harvey Weinstein eviscerated Mike Pence for guarding his marriage. It is a twisted culture indeed that chooses such heroes and conjures such enemies. We can be thankful that many ordinary men and women, including many who are in no way a celebrity, disagree with these characterizations. There are many who are not virtue-signaling in a frenzy today, but who are doing the slow, difficult, anonymous work of building a six-decade marriage, and undertaking the selfless, hour-by-hour task of raising virtuous and responsible children. We need to do more of this; we need to train men to be righteous, and to help both sexes see that their identity and meaning is found in God, not sex. The transforming power of Jesus Christ is stronger than lust, stronger than sex addiction, stronger than our pagan desires.

Many out there know the truth: they know that Pence is no devil, and they know that Hefner is no hero. If they ever waver in those convictions, they need only access the testimonies of the many women who survived the apparent brutalities of Weinstein—Weinstein, the man who tore through the culture that Hefner created, in counterpoint to Pence, the man who looked at himself honestly and saw what darkness lay within, and has resolved to fight it ever since. 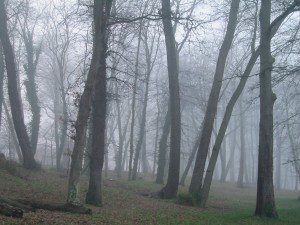 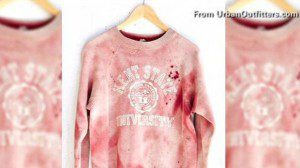