Like many young conservatives, I’ve learned a lot from George Will. His erudition, his conservative bona fides, his love for baseball—these things qualify him for considerable admiration.

Will’s well-mannered thought-leadership stands out to me and many others. How strange, then, that the death of evangelist Billy Graham (1918-2018) just brought out a very different side of Will. In his Washington Post column, published before Graham’s body had cooled, Will’s headline showed his hand: “Billy Graham Was No Prophet.” National Review, a longtime favorite of this writer, expanded the idea in its edition of Will’s piece: “Billy Graham: Neither Prophet Nor Theologian.” One wonders why we should stop with just two things Graham was not: “Billy Graham: Neither Prophet Nor Theologian Nor Door-Holder for Old Ladies.” One hears he also kicked neighborhood dogs, too!

Will’s column transgressed not only good taste but a fair reckoning of Graham. Will began his column like this: “Asked in 1972 if he believed in miracles, Billy Graham answered: Yes, Jesus performed some, and there are many “miracles around us today, including television and airplanes.” Graham was no theologian.” But Graham’s point here was simply that mankind has created technology capable of transporting people through the air. This isn’t an uncommon observation; one thinks of a sketch by agnostic comedian Louis C. K. humorously extolling the “miracle of flight,” for example. One need not be a theist to recognize the incredible strides humanity has taken over the centuries.

Graham was not a professional theologian, true. He never claimed to be, and so Will’s snarky riposte batters a straw man. In truth, though, Graham was a very smart man, and oriented in perhaps a surprising way (for those who sneer at him) toward the life of the mind. I did my doctoral work on Graham’s project, with theologian Carl F. H. Henry and pastor Harold Ockenga, to begin a top-tier Christian university (read about it here). Crusade University never came off, but Graham did help found two of the most consequential religious academic institutions in the world: Fuller Theological Seminary and Gordon-Conwell Divinity School. Graham also initiated Christianity Today, which Graham intended to be a thought-journal aimed at thinking Christians: “I wanted it also to be a focal point for the best in evangelical scholarship, for I knew that God was already beginning to raise up a new generation of highly trained scholars who were deeply committed to Christ and His Word.”

Will may well disagree with evangelicals over key theological ideas and claims. This is his prerogative. But his portrait of Graham as a bumpkin is unwarranted and unfair; it’s a tired trope, really. Graham was actually far more theological than many evangelists and many clergy members of his day. Graham came up in an age when many clergy fawned over Communism, flirted with eugenics, and disavowed the humanity of African-Americans, very bad ideas all. As Will himself points out, Graham courageously stood for integration. His was a theologically-driven ministry; he believed in the inerrancy and authority of Scripture, the dignity of all people, the saving power of Christ’s cross, and the sure return of the Son of God. If believing in these things renders you a softball, then millions of Will’s readers are as well, as are verifiable geniuses like Augustine, Aquinas, Jonathan Edwards, J. Gresham Machen, C. S. Lewis, William Lane Craig, and Alvin Plantinga.

Will goes on to picture Grahamian religion as offering mere “comfort” and “improvement”: “Graham’s preaching, to large rallies and broadcast audiences, gave comfort to many people and probably improved some.” Will’s words aren’t entirely without justification. I’ve voiced some of my own issues with Graham’s program; he was a complex figure, to be sure. But Will’s conception of Graham’s preaching and its influence as a security blanket and a spiritual wet-nap for the perpetually adolescent among us does not hold water. I think of the effects of Graham’s preaching, for example, in the life of Chuck Colson, a story I retell in this book. When Colson was lost and adrift following his role in Watergate, he visited a friend named Tom Phillips who had recently been converted at a Graham event. Phillips, a successful CEO, shared the gospel—the good news of Christ’s salvific death and life-giving resurrection for sinners—with Colson. Colson was converted soon after. A broken man, already divorced and to that point in his life chasing power, fame, and money, became new.

Many such stories abound. As is well known, Louie Zamperini of Unbroken fame had hit the basement floor when he heard Graham preach. He was a drunk, unkind to his wife, and unable to quell his anger for the torture he suffered in Japanese camps. Cynthia, his wife, had in her extended misery initiated a divorce with Zamperini before going to Graham’s 1949 Los Angeles crusade (the one that made Graham famous). She was converted through Graham’s preaching, returned home, and told Louie she was calling off the divorce, but that he had to go listen to Graham. Louie begrudgingly consented, heard Graham’s appeal to trust Christ, and was struck down on the spot:

I dropped to my knees and for the first time in my life truly humbled myself before the Lord. I asked him to forgive me for not having kept the promises I’d made during the war, and for my sinful life. I made no excuses. I did not rationalize, I did not blame. He had said, “Whosoever shall call upon the name of the Lord shall be saved,” so I took him at his word, begged for his pardon, and asked Jesus to come into my life.

For anyone who has lost hope in life, these testimonies are worth engagement, and not a casual, intellectually lazy dismissal. Graham was also a genuine friend to the Man in Black, Johnny Cash, helping to steer the singer straight (never a dull enterprise). He did not offer trite formulations to people like Cash; he was a godly man who gave fellow sinners what they most needed: spiritual truth. Bible. The gospel.

Will does land some blows. He quotes deeply problematic words from Graham to Nixon on Jews, for example. But the broader picture Will paints of Graham is unrecognizable for those who fairly engage Graham’s ministry and thinking: Graham was an innocent whose personality “precluded “irony” but also “contemplativeness.”” This is not new blade-work by Will, who has literarily rendered Graham a Bible bimbo for decades; according to Duke historian Grant Wacker, in 1982, after Graham participated in a disarmament conference, Will opined that Graham should “stop acting as though pious intentions are substitutes for intelligence, and excuses for irresponsibility.”

Let us not be unclear: disagreement over Graham’s record is well within bounds. But slander of this kind is beneath a man of Will’s stature and gifts. He has taught many of us what it means to be a thoughtful public voice, a thinker whose dignified bearing matches his words. In the case of Billy Graham, however, Will seems to have forgotten his manners, and left reason behind. His piece on Graham, in keeping with the regrettable headlines of his column, is neither fair nor accurate—though we have no word on whether Will kicks dogs. 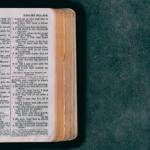 February 2, 2018
Moody's Challenges and Scripture's Inerrancy: Why the Chicago Statement Matters More Than Ever
Next Post

A Letter to Christians Who Can't...
Ponder Anew
Related posts from Thought Life 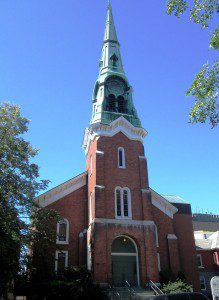 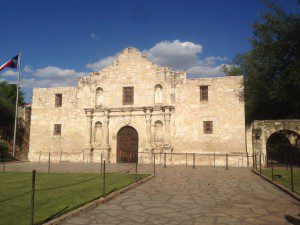