Voting For Trump, Something I can’t Respect

Voting For Trump, Something I can’t Respect March 17, 2016 Leticia Adams

For years I have been told that voting for the lesser evil is the way to go in elections. I can’t even count how many times that I have been on the receiving end of that lecture. Now suddenly people are saying they will vote for Trump because apparently when everyone said “the lesser evil” they meant Republicans.

That’s not how my brain works. I am not a Republican, in fact most years I can’t stand any single Republican candidate. This year was an exception because I love Rubio. I have issues with him on a lot of things and I really was pissed when he backed down from his immigration policy. I wish that I could have helped him campaign because if he had gotten on Univision, he would have done so much better. The reasons that I like him have nothing to do with the Republican Party. He just so happens to be a Republican.

I don’t like Democrats either. I am a political orphan. I look the policies of people running for office, not a party. I’m Catholic. I am not voting for a savior, I already have One. What I do want from politicians is for them to work together to ensure that Americans have the best lives possible. I don’t think that politicians have been doing that for a very long time and then after 9/11, it became a game based on fear. Everything that we have done as a country since that day has been based on fear. Sure we call that fear “safety” and “security” but really, if we sit alone in the quiet and think about it, it is fear that guides us. And why wouldn’t it? We have the right to be scared. Between the terrorists and mass shooters, we face the chance of tragedy every time we leave our house.

Donald Trump has used that fear to cause chaos in this election. He has no real plan for anything. Anytime someone asks him how he is going to do something, he answers them with an insult or by saying how great he is. That’s it. No clear answer, just trust him, he will make it happen. Meanwhile, at his rallies, people are being punched in the face and he is encouraging this type of behavior. He is literally telling people to punch protesters in the face and he will pay their legal bills. He sings the praises of Planned Parenthood and Cecile Richards returns those praises with words of thanks. That is who Trump is. A man who is manipulating the country by tapping into our fear and anger and using them to win the GOP nomination.

The greatest thing that I’ve learned being Catholic is how reasoning works. That there is objective truth and if you know what the objective truth is then you can reasonably find how to make a moral decision based on it. I don’t agree with people who think Cruz is the answer, but I can see how someone can reasonably get to that conclusion. I can respect that. I don’t like Hillary and think she is about as horrible as it can get, she supports abortion in all nine months of pregnancy and she is BFF’s with Planned Parenthood, but I can see how someone can get to the place of seeing her as not as evil as Trump would be as president and I can respect that. At least we know what kind of havoc she will unleash whereas with Trump, we have no idea. I can respect how someone gets to the conclusion that anyone is better than Trump. What I can’t respect is someone who thinks that they have to vote for Trump because the Republican Party is the end all, be all of politics. Nope.

I can’t see how anyone can watch footage of what Trump says, the words that come out of his mouth and the lack of substance, the racist comments and don’t kid yourself  when he says “they” and “them” and “those people”, he is talking about minorities, mostly blacks. In case you are one of the people trying not to think that, let me just burst that bubble too, because that is exactly who he means. I’m Hispanic, I know what racism sounds like when I hear it.

I have no doubt that Hillary will be our next president, no matter who is running against her. It was set in stone the minute she announced that she was running. The only thing that has changed is that I can now see people’s true colors, I can see that what I always knew about the Republican party was true. I can see which of my friends can make themselves believe that voting for a racist is a moral choice. I can see how all the “voting for the lesser evil” has gotten us here, were people will vote along party lines no matter what. I guess I should be thankful to The Donald for making those things clear. But mostly, it just makes me tremendously sad. The unity that I saw in my country on 9/11 is gone. I hope we get it back someday.

**Ps Comments will be closed for this post because honestly, I will not add anymore hate to the world today. 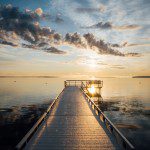 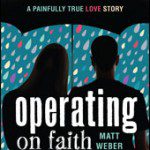 March 18, 2016 Book Review: Operating on Faithby Matt Weber
Browse Our Archives
get the latest from
Catholic
Sign up for our newsletter
POPULAR AT PATHEOS Catholic
1