A Note From Way Back Here

It was the 4th of July 1994, I was seventeen and 9 months pregnant with my first child. My best friend and her family invited me to the local fireworks show that evening. I managed to somehow get my very pregnant self on the hood of her car (you know your friend loves you when she allows you to get on the hood of her car when you are that big) to watch the fireworks go off.

I was just a child myself waiting on my baby to be born. I had no idea what our life together was going to look like. I didn’t know if his father would ever claim him or not. Currently his father was dating the best friend of his sister. They made out in front of his house on a regular basis. I knew this because I lived one house over and could see them out of my living room window. I did know this baby was everything to me. I rubbed my huge baby bump dreaming of all the things we would do together. I was only scared of not being a good mother. I knew I was young and I wasn’t going to go off to college like my friends. I had gotten my GED already but my dream to be a lawyer was over.

As each firework went off and shot off bright colors into the hot Texas summer sky, my little boy would kick and move. Each boom caused him to go further and further up my rib cage. I knew he was scared. I suddenly felt so guilty for being there. I had never considered that the fireworks would scare the baby. It was so funny to watch him move at first but suddenly I knew that he was scared. I also knew it was my job to protect him and somehow I was failing to do that. I didn’t do it on purpose; I just didn’t think my choice out. Maybe, I thought, this is why everyone keeps telling me that having him is so irresponsible–I was already failing at motherhood just like everyone warned me I would.

Being pregnant at seventeen with no education, no plans to get an education or have a career, no father to help raise a child and coming from a family that had been in generational poverty, meant having a lot of people tell me how much I was going to fail at motherhood. I was read statistics of all the horrible things that could happen to him. He could be born disabled, I could die, he would grow up to be a drug addict, a drug dealer, drop out of school, have kids young, and all kinds of other things that would lead him to be a drain on society. My choice to have him and not abort him was a bad choice: an irresponsible one. That’s the message I got from almost everyone around me. But being the stubborn person that I was born to be, I didn’t listen. I choose life for him out of pure spite. I wanted to prove everyone wrong.

For twenty-two years, my son defied the odds. He was a great person. He taught himself how to ride his bike, he was selfless, and he thought of others over himself, he was kind and respectful. He smiled all the time and his smile lit up the entire world for me and my mom.  He had the ability to piss me off while also making me laugh so hard I couldn’t breathe, both at the same time. He made my life better from the moment a doctor confirmed I was pregnant with him. He didn’t become a drug dealer. He graduated from high school. Everything he set his mind to do, he did and he did it well.

He began working when he was fourteen years old and built a career in pest control (thanks to my husband) by the time he walked the stage to receive his diploma. He was an amazing father to his two children. He beat the odds. Everything seemed to be great. That is until he began to have delusions a little over a year ago.

Everything went downhill really fast the last year of his life. He ended up committing suicide four months ago. Most of it is a blur. I did what I had to after his death. I made the phone calls to let everyone who loved him know that he was dead and how he died. I planned his funeral. His biological dad and his dad and my husband, his stepdad, all asked me to let other people make the funeral arrangements, but I couldn’t do that. I had to make them myself. I choose the readings for his funeral mass. I asked the priests I loved to con-celebrate the Mass. I picked the priest who would give the homily and I told him what I wanted everyone to hear, that God loves them more than they thought He did. I took care of my family. I set up therapy for everyone. I cried with my surviving children, I took them to the emergency room when they had panic attacks and I talked to them when they wanted or left them alone when they wanted. I figured out where to send the dogs for a week so we didn’t have to worry about them.

I did all of this with a lot of help from people with money, prayers, sacrifices offered up for my family and an outpouring of love that I have never in my life seen. But the hard parts, I did. People kept asking me how I was doing and I would say “as good as can be expected”. Or when people said “I don’t know how you’re doing it”, I would shrug and say that my Tia had taught me how to be strong. But the truth to both of those questions is that I was numb and on autopilot. I think God’s Grace came in the form of shock.

I need a new form of Grace though, because the shock has worn off. Everyone else has been taken care of, they are moving along. Some better than others, some still in deep denial or refusal to face the fact that Anthony is dead, but they are moving past the point of getting the phone call, seeing him in his coffin, mourning his death. Not that they are over it, but they are moving. I have barely arrived.

It was 4th of July, 2017. Fireworks were going off all around me. Anthony’s dog was pacing and whimpering. She wanted in my room but couldn’t go to sleep. Every boom of a firework set her anxiety off. Every boom set my anxiety off. “I failed to protect my son, everyone was right, I was too young to be a mother” is the thought that kept creeping in my mind. No amount of reassurances that I didn’t fail makes that thought go away. I’m not looking for more reassurances either.

The fog of shock has worn off. Now I am standing in front of his coffin facing the fact that he is gone and will not be coming back. I’m still here. Everyone else is far up ahead, but I am still stuck way back here. 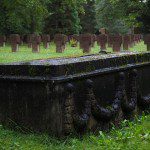 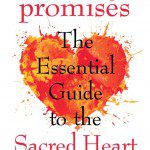