Do you remember the top bioethical topic of discussion in 2004? It was California voters approving a $3 billion bond for embryonic stem cell research. Now they are asking for even more money 16 years later. But despite promising all kinds of therapies 16 years ago, there is still no FDA-approved therapy using human embryonic stem cells.

This 2004 initiative was in response to George W. Bush cutting off federal funding for research on new embryonic stem cells in 2001. (Unfortunately, Obama reversed this policy, and Trump put some restrictions back but he has not restricted such funding as much as Bush did.)

Although there seems to be a wide spectrum of opposition, including those who have no moral issues, this proposition will not automatically be voted down. Right now, the funding for the two sides is almost  $10 million for and $250 against. (Yes, opposition to a statewide ballot proposition funded with less money than tickets for a family of three visiting Disneyland for the day.) I want to go over the exact wording, then take the opposition at various levels: starting with budget issues and moving down to serious moral issues.

Californians will vote this November on Proposition 14. This would give $5.5 billion more to the state’s stem cell research arm and repay it over 30 years, adding $260 million a year to the state budget. This is $7.3 billion in total costs. The text is kind of innocuous and deceptive, simply saying: “Authorizes Bonds Continuing Stem Cell Research. Initiative Statute.” This wording seems designed to avoid the three main issues people have with it: that it is a lot of money in an already cash-strapped state, that funding it for 16 years has not produced cures, and that it involves embryonic stem cells thus means destroying innocent lives.

The editorial boards of the two biggest papers in the state have both come out against it. The Los Angeles Times notes:

Proposition 71 [the 2004 $3 billion bond] hasn’t yet yielded a significant financial return on investment for the state — or the cures that were ballyhooed at the time. Though no one ever promised quick medical miracles, campaign ads strongly implied they were around the corner if only the funding came through. Proponents oversold the initiatives and voters can’t be blamed if they view this new proposal with skepticism.

The San Francisco Chronicle is more direct, starting their editorial:

Like MySpace, the Martha Stewart prosecution and American democratic norms, spending gobs of state money on stem cell research might sound like an artifact of the Aughts. And yet 16 years after voters agreed to borrow $3 billion to explore a promising new area of medical research, stem cells are back on the California ballot.

Far-reaching breakthroughs attributed to the stem cell agency have been scarce so far, as a Chronicle investigation found. More than half the original funding went to buildings and other infrastructure, education and training, and the sort of basic research that, while scientifically valuable, is a long way from medical application. There’s nothing inherently wrong with that, but it is at odds with the vision of dramatic advancements put to voters.

Although neither board has direct ethical issues with embryonic stem cell research, they still oppose it. Along with the financial issues above, they also note issues like conflict of interest and poor management. (Thanks to BioEdge for pointing these out to me.) There are at least other major papers whose editorial boards rejected this proposition (at least seventeen papers of note opposed it).

A number of other organizations and individuals that do not have moral stances on stem cell research have also supported voting no. Jeff Sheehy, who was on the board managing the 2004 funding [CIRM], stated:

Adding debt amid the current fiscal crisis is a terrible idea. Issuing bonds is not free money — bonds have to be paid back, with interest. CIRM is already costing the state $327 million a year to repay the $3 billion in bonds authorized by voters in 2004 via Proposition 71. And after spending all of that money, not a single U.S. Federal and Drug Administration-approved product has materialized on which CIRM’s funding played an important role.

Marcy Darnovsky, executive director of the Center for Genetics and Society, opposes Proposition 14 because of the promotors’ “shameless overpromising and hype set the stage for hundreds of underregulated commercial stem cell clinics now offering unapproved treatments that have caused tumors and blindness.”

For moral analysis, we can divide human stem cells between embryonic and adult. Adult stem cells refer to any stem cells gotten without ethical issues while embryonic ones involve the killing of a human being at the embryonic stage. “Adult” can be a bit of a misnomer as many of the therapies approved so far use the blood that women have donated the blood from their umbilical cords right after giving birth. Umbilical cord stem cells are often easier for scientists to work with than bone marrow or other adult sources. Today, there are even induced pluripotent stem cells (iPSCs) where the cells are collected ethically (voluntary adult donations) then treated to return to a state where they behave like embryonic stem cells. The development of iPSCs means long-term we could likely do all research without killing embryos. (However, this will likely take a bit of time as each stem-cell line behaves slightly differently and scientists like using lines whose behavior is well-known.)

Stem cell therapies are expanding. The FDA site lists 18 Cellular and Gene Therapy Products on its site. But every single one comes from umbilical cord blood, the person’s own cells, or injecting something to modify the genes in targeted cells. None come from embryonic stem cells.

The proponents of this proposition cite two examples of therapies now FDA approved that had some connection to the original funding. But neither of therapy involved embryonic stem cells and thus could have been funded federally. Supposedly, the whole point of the California funding in 2004 was to replace federal funding that George W. Bush removed. In fact, one person on their board noted that the funding given by the California government might was likely not instrumental: “While CIRM [CA Government agency] funded a researcher who also worked on these drugs, CIRM has not received any return nor has any financial interest in these money-making cancer therapies. If CIRM’s funding played an important role, by law CIRM would have received significant royalty income.”

In other words, ethical sources of stem cells have provided a number of treatments for various conditions but after decades of research, embryonic stem cells have yet to provide any therapy to be approved by the FDA. Even from a pragmatic perspective, this would indicate if we want therapies, we should focus on ethical cells.

Ultimately, the deepest problem with these proposals is that developing new embryonic stem cells means killing innocent human beings early in development. Humans are different from animals because we have an immortal soul created at the moment of conception. That is why we can ethically destroy an animal embryo as part of scientific research but not a human one. (Obviously, we should not kill animals just because we can, but we can use them to test how safe drugs are before giving them to humans or similar research.) It is not some stage of development in a human being that gives human beings our dignity, but it is something intrinsic from our very conception. If it is not intrinsic, we end up being unable to ensure we always have dignity and don’t lose it when unconscious while sleeping or when we get senile in old age. Thus, when we kill a concrete member of the species homo sapiens very early in development to obtain embryonic stem cells, it is the killing of an individual human person.

On top of that, there is a second moral issue in most embryonic stem cell research. The embryos are created in a petri dish. They are created for the purpose of being killed to harvest their cells. Every human being has the right to be the product of an act of love, not the movement of a skilled lab technician. We should not create humans in petri dishes. This is even stronger when we consider that these humans are not even created to then be cared for by one or both their biological parents, but instead to be killed. The cells are “harvested” from these embryos: harvesting is something we do with crops or maybe chicken eggs; harvesting should never be done on humans.

For all the reasons above, both ethical and budgetary, several religious groups have opposed Proposition 14. The California Catholic Conference stated: “The California Catholic Conference strongly recommends a NO vote based on moral and ethical objections to using human embryonic stem cells as the raw material for experimentation and inadequate financial accountability and oversight of taxpayer funds.” Multiple pro-life groups, associations, and think tanks have also obviously opposed this.

Beyond just fighting against government funding of destroying embryos, we should seek to stop them completely. This might not be something that happens immediately, but with what has happened with adult stem cells and iPSCs, we should be working with scientists to phase out all embryonic stem cell research.

If you live in California, this November you can vote yes or no on billions of dollars for embryonic stem cell research in proposition 14. This should evidently be voted down. There are evident moral issues but even those who don’t agree on that point out that the amount of money seems imprudent when the California government is already strapped for money. As Marcy Darnovsky, executive director of the Center for Genetics and Society, noted: “[Proposition 14] outsources critically important decisions about ethical standards to an unaccountable national committee.” I’m skeptical about secular bioethics committees as they are often used to justify what the scientists want to do rather than really analyze the ethics. Or as the official California voter guide puts it: “Medical research is important. We all agree there is a need to find cures and treatments for diseases afflicting so many. But Proposition 14 is not the answer.” I would encourage all to vote no on 14 and campaign against this proposition.

Note: we need people to speak up in bioethical issues like this. If you like my work, please consider supporting me via Patreon. 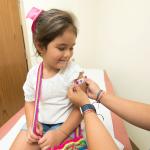 I Heard the Bomb.
I heard the bomb. The blast rattled the windows of my...
view all Catholic blogs
Copyright 2008-2021, Patheos. All rights reserved.
Close Ad