As I started getting big online years ago, a bunch of people recommended How to Defend the Faith Without Raising Your Voice by Austen Ivereigh. It provided a kind of how-to manual for both discussing the kerygma and hot button issues where many object to Catholic teaching. As I was recently sent What to Say and How to Say It: Discuss Your Catholic Faith with Clarity and Confidence by Brandon Vogt, I saw the books as filling a similar niche.

Below I will compare these two works, then take a few examples from Vogt both on kerygma and a hot button topic.

Vogt and Ivereigh are Both Worth Reading

The exact issues and format vary but the main gist of both books is the same and both seem to do a pretty good job. However, if looking at it today in the USA, I would recommend Vogt slightly over Ivereigh. Vogt is more recent with some of the data which changes (data responding to homosexual marriage is different in 2020 vs. 2012, for example). Vogt also starts with the Kerygma rather than going into the objections which I think works better when talking to people today. People often state they object to Church teaching on some moral issue but their disagreement is more fundamental on something like theism or the meaning of suffering. However, Vogt does not cover some other important issues Ivereigh does like contraception or the role of women in the Church. (This includes in volume two of Vogt which I have only looked over the Table of Contents, not read.) Thus, if you want to have good responses on tough issues, buy both.

I will include three points Vogt makes about the kerygma and evangelizing inside the Church.

Vogt starts by noting the need for us to better convince and equip Catholics to evangelize. When Pew asked, “What do you personally think is the best thing to do when someone disagrees with you about religion?” they offered three options: “1. Try to persuade the other person to change their mind (i.e., evangelize). 2. Try to understand the other person’s belief but agree to disagree (i.e., just listen). 3. Avoid discussing religion (i.e., ignore the topic).” (x) Only 2% of Catholics shoes option #1. Sure, some identify as Catholics but barely live out their faith; nonetheless, of those who go to Mass every week and repeat the creed, should be aware that Catholicism is true. If it is true, it is charity to try to convince others. Obviously, Vogt and I would be against forcing the faith on anyone but we want to propose the faith and much of his book is dedicated to how to do this.

Vogt cites the difference in belief in the real presence between weekly-Mass-attendees and less active Catholics in another survey. 90% of regular Mass-attendees believe Jesus is really present in the Eucharist, but a minority of those who rarely attend do. He does some good analysis: “If we’re not clear about what the Eucharist is, then we’re not clear on why the Mass is important or why we should even be Catholic. Many people are leaving the Church because they don’t have any good reason to stay, as they don’t believe in the Eucharist.” (97) We need to help convince Catholics of this truth as if you believe, you will attend Mass more regularly.

Finally, Vogt provides some reasons for finding the Gospels trustworthy. Most are ones I’ve seen over and over, but the last one was a good one I don’t see as much. He notes that the style is not like ancient myths: “As the great literary scholar C. S. Lewis points out, if you’re actually familiar with ancient myths and legends, you’ll see the gospels just don’t have the same texture and style-they don’t sound like mythical stories.” (81) He gives details why but that’s beyond the scope of a review.

Although he talks about several “hot-button” issues, I decided on this as an example.

He notes that marriage just between a man and a woman was historically uncontroversial in that when the defense of marriage act was passed in the 1990s, strong majorities form both parties in congress supported it.

However, since then, a revision view of marriage has taken over. Vogt has an excellent summary of it:

The revisionist view, on the other hand, tries to alter the conjugal view, redefining marriage to be the public recognition of a committed relationship between two adults, meant for their own fulfillment. In this view, marriage has no special connection to children or procreation. Marriage is just an intense emotional bond that is primarily about romance, love, and mutual affection. It’s a couple-centered vehicle for personal growth and emotional intimacy.

In the revisionist understanding, marriage is similar to other types of relationships, just more intense. Or as the leading same-sex-marriage advocate John Corvino says marriage is the relationship you have with your ‘number-one person.’ And since marriage is mainly about personal fulfillment, it’s up to the partners to decide whether to have kids, whether to be sexually exclusive, or how long the marriage lasts. The marriage relationship can be adjusted, or even ended, when it stops fulfilling either partner. (167-168)

This leaves one wondering why legal marriage at all? If it is just your number-one or best friend, then make it a legal “best friend” if you want to allow income sharing or similar. In fact, Vogt rightly points out that the whole point of the government’s intrusion into marriage is about children, not about romance. He concludes, “The government cares about marriage because it cares about children.” (170-171)

Vogt also offers replies to critiques like, “If you reject same-sex marriage, you must be a bigot, homophobe, or hater.” (178) I was kind of disappointed that he did not clearly point out this as a logical fallacy of ad hominem and thus not even a valid argument. However, he does reply with two good responses. First, this is too broad as that would make Clinton, Obama when he took office, millions of Americans haters. Second, one needs to define terms, and when you do, these terms don’t apply to the Catholic objection to “same-sex marriage.”

Overall, I would recommend Brandon Vogt’s book for those interested in sharing their Catholic faith. It is very accessible as he avoids too many technical terms and generally keeps the sentence structure and words simple so most from middle-school up could read it. Some parts of it seem redundant for people like myself who have already studied related topics extensively but I doubt most of you would run into that issue. I would give it 5/5 stars. 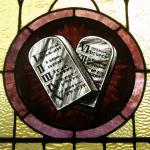 August 19, 2021
Did the Pope Say the Commandments are Relative?
Next Post 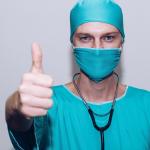