A Review of Alex Mar’s “Witches of America” 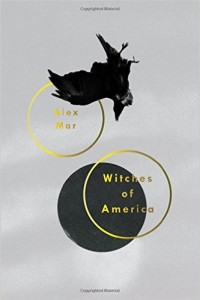 This book stands in the same tradition as numerous exploitation books of the ‘50s through the ‘70s, in which intrepid journalists misrepresent themselves to enter the secret (or is that vulnerable, abused, and endangered?) world of witchcraft, only to turn around and make a buck by caricaturing their subjects. Indeed, there is little here that hasn’t been done before – the disingenuous pseudo-sympathy, the betrayal of confidence, the publishing of inappropriate private communication, the accounts of rituals that make sure to make much of nudity, as if that were still titillating in the age of internet porn. It’s a tired old formula, steeped in sordidness, cheap thrills, and shady ethics.

The book is not especially interesting, nor, with the exception of the story of Jonathan the Necromancer, is it shocking. Those looking for horror will be disappointed. The only horror here is in the violation of its subjects. The expose of the book is the book is the expose of people’s private dreams and romantic lives, things of no interest to any decent person except the ones directly concerned.

Interestingly, even with the book’s exploitative intent, the powerful, positive, and admirable natures of Morpheus Ravenna and the Coru Cathubodua shine through. As distorted as Mar’s portrayal is, it cannot disguise that here are profoundly good people, worshiping a real and powerful Goddess, who deserved better.

The story of Jonathan the Necromancer is worthy of special attention. Here, Mar would have us believe that a man, with a posse of followers, broke into above ground burial vaults, then broke into modern caskets, then removed the heads from partially decomposed bodies, all of it “easily”. Mar believes this story without ever presenting, or by her own admission seeing, so much as a shred of evidence. She would have us believe that he has done this many times since 2008, without once being caught by the police, nor having a rash of grave robbery show up in the press, nor having ever had a member of his crew get cold feet or turn on him out of spite. Having done all this, she would have us believe he is then willing to confess his carefully hidden felony crimes and dark practices to Alex Mar. To anyone who knows anything about burial practices used in the last century and more, or about law enforcement, or that New Orleans is in fact a modern American city, the account is absolutely and totally preposterous. I cannot say for certain whether Mar allowed Jonathan to mislead her, or whether she made him up out of whole cloth, or some combination of the two. But I can be reasonably sure that the entire chapter has to be a fabrication, either by Mar or her subject.

Knowing, then, that one whole chapter is untrue, we have to reflect on the rest of the book. People who were at the rituals she describes have already come forward disputing her accounts of them. It would appear, then, that the reliability and use of this book as a description of modern witchcraft is exactly zero.

It is of no worth.

About Our Guest: Segomâros Widugeni is a well-­known leader in Gaulish Polytheism, having been practicing for almost two decades, and in other related communities for more than 30 years. He is a co­moderator of the Gaulish Polytheism Community on Facebook, as well. He has been active in the Celtic Reconstructionist group Imbas, and the Druid group Ar nDraiocht Fein. He is also the author, under the name Aedh Rua, of the book Celtic Flame, on Irish Polytheism. He hold two Master’s Degrees, in 20th Century German History and Library Science, and speaks two Celtic languages, one of them very rusty. He lives with his wife, who has her own careers, in the woods of rural Central Florida. (From our friends at Polytheist.com) 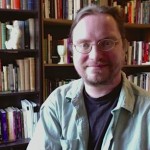 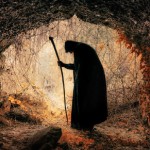 October 29, 2015 An Alternative Look at "Witches of America"
Browse Our Archives
get the latest updates from
Through the Grapevine
and the Patheos
Pagan
Channel
POPULAR AT PATHEOS Pagan
1