Lilith Dorsey in a Voodoo Universe

The Pagan blogosphere can be so heavy sometimes, and it often feels like those who write for it are practicing their Craft all the time. But the people who write here at Patheos Pagan and other online spots are only human and have lives outside of their Pagan practice. We thought it might be fun to take a look at the lives of our writers outside of Paganism, and ask the really big questions. Things like: whether or not one should eat diner lobster and which borough has the best pizza?

Our third interview in this series features Lilith Dorsey(!) who writes here at Voodoo Universe and has published the books Love Magic and Voodoo and Afro-Caribbean Paganism. Lilith is one of our absolute favorite people, so it was extra special to chat with her! 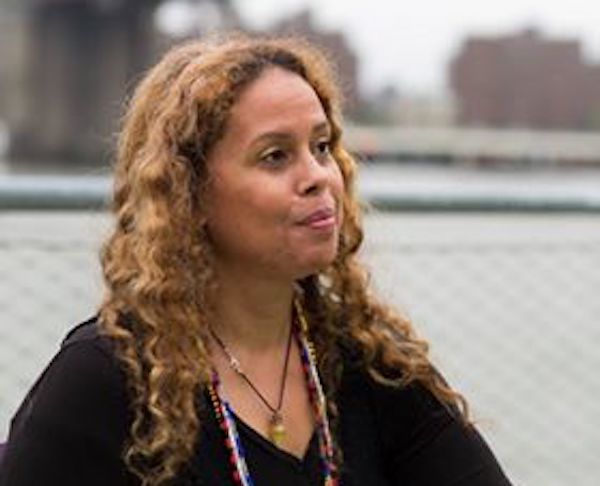 Patheos Pagan: Most of the questions in this series are rather silly, but because I think you are spectacularly awesome, I’m going to open up with a trickier one this time. What’s it like being one of the few people to truly inhabit the Witch and Pagan worlds and the world of New Orleans Voodoo? And why don’t those two worlds overlap more often?

Lilith Dorsey: Well, let me begin by saying I think you’re spectacularly awesome too. There are a lot of misconceptions and misinformation out there which unfortunately has led to a lot of prejudice and exclusion, to some extent, in both communities. Very often the bad behavior of a few becomes representative of the whole. As my Priestess Miriam Chamani of the Voodoo Spiritual Temple said to me “ People always like to drag Voodoo down to the lowest common denominator. “ Since I walk in both communities I often find myself trying to explain and counteract those impressions.

You are a frequent visitor to New Orleans and live in the Bronx? So which one do you like better, the Big Apple or the Big Easy? Do people who live in those cities ever use those phrases or are they just reserved to tourists like me?

Actually, I live in Brooklyn I grew up here and I’m still here now. There’s a big difference. I only use the phrases the big apple or the big easy when I’m writing. People from Brooklyn are most likely to call it the broke-it-down or the fourth largest city in the world. In my heart I truly love both cities and am actively working to split my time between both even more.

I know you enjoy sci-fi and fantasy on television and at the movies (or at least I think you do), what are you hoping Hollywood adapts next? What adaptation of a major property do you think they’ve screwed up the most?

I would like to see more inclusive projects out there. Despite offerings like Black Panther and Luke Cage we still have a long way to go. While there isn’t anything I’m particularly jonesing to see, I would like to see more Witches, Practitioners of ATRs, and anthropologists like myself hired as paid consultants and sensitivity readers in the development of these projects.

It’s 2:00 AM you’ve and had a couple of drinks so you head to a local all night diner? What do you order? Is it ever okay to order the lobster at a diner?

I think I’ve eaten dinner at 2am with you and your wife, I may have had Biscuits and Gravy. I’m a big aficionado of comfort food. However my daughter Aria is a Foodie Goddess who has worked with many Michelin starred chefs. She would disown me if I ever said it is okay to order the diner lobster.

This Summer you are presenting at three different Pagan events in something like three days, and those events are separated by hundreds of miles . . . . teleportation? a broom? More frequent flier miles then I can imagine? What’s the secret?

Yes, I will be presenting at Witchsfest in NYC on July 14-15, Mystic South in Atlanta July 19-21, and Sirius Rising on July 22-? Well I do have amazing powers of teleportation, I really owe this one to my spiritual friends and family. Like the song says I get by, I get high, and I get a couple of other things with a little help from my friends. I guess my work as a OG which is never done, but as long as it continues to be fun I’m onboard.

I’ve always thought it would be fun to have a giant Patheos Pagan get together with all of the various bloggers here and anybody else who really gave a shit in attendance, what city do you think would be best for hosting such a shindig? Who do you think you’d h hang out with at such a thing, and probably most importantly, who do you think you’d avoid?

I’d love to see a thing like that happen in New York City. Or New Orleans. There are so many great people writing for Patheos now – yourself, Mat Auryn, Elizabeth Graham, Laura Tempest Zakroff, Tom Seeber, Sonja Sadovsky… and so many more, it would be a great party. And since you asked, without naming any names, there is one fellow blogger who does seem to have it in for me. I asked her once why she wasn’t reciprocally sharing things we were both involved in, and she reacted badly, ended up inventing some story about me that wasn’t true – which she even wrote a blog post about. It saddens me that she would spread lies and rumors, especially without talking to me, but it doesn’t really surprise me because the first time I met her she asked me if my spirits were F-ing me up the ass… I guess hers do. Sigh.

When they make a movie of your life who will play Lilith Dorsey, and what network will it be on? If you are thinking it’s a big screen production who is the director?

I went to NYU film school and even acted on Broadway so I would love to play and direct myself. However if that’s not an option I would hope Zoe Kravitz or even better Tessa Thompson would play a younger me, and Rachel True could play me now. I got to meet True this past year and she was even cooler than I imagined. I hope someone does make a film of it someday… a true story of Voodoo, Murder, Triumph and Tribute. I’m sure it would be a hit.

What are your favorite guilty pleasure movies? For me anytime I flip through channels and see “A Knight’s Tale” I have to stop and watch even if I’m not in the mood. What movies do you keep going back to?

This is hard, I mentioned I went to film school right. My real loves are films that blend Magick and Art and truly utilize every aspect of the medium. If you spend any length of time at my house you will probably be subjected to the films of Alejandro Jodorowsky and Ken Russell. It was my ultimate pleasure to be able to meet both of these geniuses in person.

Which borough has the best pizza? (It can’t be Staten Island, I already know that.) Is there a difference between pizza in the Bronx and pizza in Brooklyn?

I’m part Sicilian so this is a very important question. Of course it is Brooklyn. I grew up down the street from Elegante Pizzeria in Bay Ridge and Pino’s La Forchetta Pizzeria in Park Slope also serves a great pie. Now I’m hungry.

How did you think you’d turn out as a kid? Did you have some major goal you haven’t achieved or an unrealistic expectation like becoming an astronaut?

Professionally I feel like I’ve been able to tick the achievement unlocked button several times. I’ve sang and danced on Broadway, had my films shown at NYU and Harvard University, danced my choreographed Voodoo dances for Dr. John all over the country, I just signed the contract for my third book, and I’m not sure what else I would even put on the list of childhood dreams that I’m still working on.

And finally Lisa Wagoner asks “What’s the most magical moment of your life so far?”

There’s so many. Obviously the birth of my daughters was magickal, but that’s not as exciting to others as it is to me. Performing a ritual on stage with Dr. John at Bonnaroo in front of thousands was amazing. I also got to be the Voodoo Priestess in residence at a Jimi Hendrix tribute show at Tippitina’s in New Orleans, that was pretty wonderful. People always call me the Psychic’s Psychic, but I always not so secretly hoped to be the Musicians’ Psychic.

Oh, and one final question, what stupid question do you want to ask the person I interview next?

What weird, wild and wonderful Magickal tool can you not live without? For me it’s my happiness water- a special blend of Florida Water, Rose Water and other Essential oils that I carry at all times. 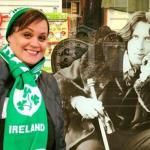 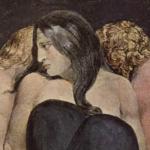 June 5, 2019 That's Not My Goddess-Hekate
Browse Our Archives
Related posts from Through the Grapevine