Using Tarot for Self Care

I’ve seen a lot of negative buzz about the notion of self-care in the past year. A few years ago, spiritual blogs, magazines, books, etc., included something about the importance of self-care. But recently, I’ve seen more of these sentiments in my social media feeds. “Self-care is elitist.” “Self-care is for people who can afford aerial yoga and $40 cuticle lotion.” “Who has time for self-care?”

Yes, aerial yoga and expensive cuticle lotions are certainly beyond the reach of most people—including myself! For a long time, the idea of self-care annoyed me, too. It reminded me of prissy women, pampered by wealthy partners, who needed Enya tracks to get through their already indulgent days. That wasn’t me. I am a worker.

I’ve worked two jobs for years, while running a Coven, and trying to write once in a while. I travel for work. I travel for writing. I attend conferences on Tarot and teach at Pagan festivals. I do this for others, to help improve lives. I do this for me, because I like doing it. Self-care seemed indulgent or for weaker people, who didn’t have the stamina or drive that I did. My drive was my identity. Without my productivity, who was I? If I needed self-care, then it was obvious that there were limits to what I what I was able to accomplish. And if there were limits to what I could accomplish…who would I be?

But then, I got the Wheel of Fortune Reversed in a recent reading.

Why was my Wheel stuck? Wasn’t I doing everything right? I was organized, I was working hard. I was showing up for my friends and husband when they needed me. Where was the problem? What part of my life was stuck?

I pulled a few clarifying cards, one of which was the 10 of Swords.

According to these cards, my personal resources were tapped out.

Another card I received was the 3 of Pentacles, in which two people are approaching a Master Builder with plans. They need something of him. Was this indicative of what others have needed from me? Or was this indicative of expectations I’d set for myself? Another card I received was the 3 of Cups Reversed, which suggested a lack of satisfaction. Were others unsatisfied with my presence or the work I was producing? Or was I unsatisfied with things because of my stuck wheel?

The Tarot was clear: I’d worn myself out.

But now, what to do about it? I’d made so many commitments. I couldn’t let anyone down. The whole world was depending on me. If I let one person down, everything would fall apart? Would anyone survive if I let a ball drop once in a while?
I pulled the 2 of Swords Reversed and the Queen of Cups.

When I see the 2 of Swords, I desperately want to tell the character to rip off that blindfold and drop those swords. They look so heavy. Why is she holding them so tightly? But now, in the reversed position, the cards were indeed telling me to drop something for a bit. The Queen of Cups has been, in my readings, a card of unconditional love. Now, she reminded me that it was okay. Hey, couldn’t it be possible that those around me love me enough to understand if I suddenly couldn’t bake the cake for the Coven meeting? Would my clients understand if I took a few fewer clients each night? Would my friends understand if I passed on the drinks in the bar an hour-long subway ride away so I could get a little more sleep?

The Queen of Cups said, “Yes. Yes, they would.”

As a Tarot reader of twenty years, I’ve learned to rely on the wisdom of Tarot. Knowing I needed to increase my level of self-care was clear. But how to do it?

My next card was the 9 of Swords. It told me to cry.

In answer to this question, I pulled the 5 of Pentacles, Reversed: I may not be injured, but I should take some time to act as though I need recuperation.

Burn out is serious, particularly among spiritual workers. I recognized that I needed to treat the recovery from burn out with the same amount of seriousness that I would treat myself had I been recovering from the flu.

Lastly, I pulled the Ace of Pentacles.

Invest in myself. Treat the self-care time with as much importance as the work. Exercise can be a form of self-care, but so can napping. Ten minutes of quiet before or after going to work should be as much a necessity as going to work, itself. Some of these things are easier said than done for many of us, particularly for those of us with children. In those situations, the Ace of Pentacles is another reminder to ask for help, when it’s needed. It encourages us to be gentle with ourselves. It’s as much a necessary part of being healed as anything else.

The people who love and depend on us need us to be healthy and whole more than they need us to be productive and perfect. Keeping this in mind is essential. Divination tools like the Tarot can be helpful for us when we are stuck on how to make that work.

______
Courtney Weber is a Wiccan priestess, writer, Tarot advisor, and activist. A Tarot reader with over 20 years’ experience, Courtney produced and designed Tarot of the Boroughs, a modern tarot deck set in New York City, composed of original photography. She is the author of Brigid (Weiser Books, 2015) and the Tarot For One (Weiser Books, Nov 2016). She has been published on Huffington Post, The Wild Hunt, in Circle Times magazine, and elsewhere. 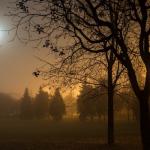 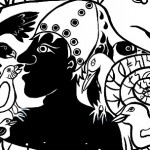 December 2, 2016 Children & Sweden's Witch Trials
Browse Our Archives
get the latest from
Through the Grapevine
Sign up for our newsletter
POPULAR AT PATHEOS Pagan
1

COVID, Samhain, And You: Why This...
Tea Addicted Witch
Related posts from Through the Grapevine 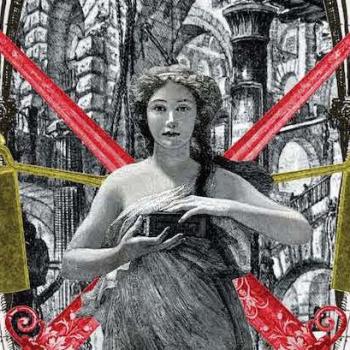 Phoenix Rising: 5 Ways to Work with the...
Imagine my delight in learning that this October 31 would have a...
view all Pagan blogs
Copyright 2008-2020, Patheos. All rights reserved.