Forgetting Lynching at Our Peril 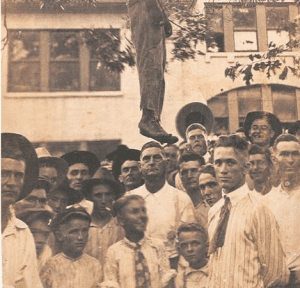 My third grader is a white child in a Title I school in our town. She’s writing a report on Harriet Tubman for her Black History month project and has spent the week devouring information about Tubman and proudly sharing stories and facts about her life with our whole family. “Mom, did you know Harriet Tubman was a spy during the Civil War!” We have spent the week talking together about Tubman, slavery, and the history of racism in the South. As a white mother of two white daughters, I spend a lot of time thinking about how to educate my children about history and slavery and how each of these continue to shape the racism in our communities and in our lives.

It is imperative that I teach my children that their white skin is a privilege in a country where brown people are discriminated against in both conscious and unconscious ways. But, talking about privilege is hard, and not just for parents. For most people with privilege, talking about it makes us uncomfortable. Admitting that we have privilege seems unseemly at best, but worse than that, for many of us, it feels arrogant. The fact that people have difficulty even recognizing their own privilege is well documented and one of the reasons that privilege is so hard to address as a cultural phenomenon. For starters, how do I teach my children about social privilege without reinforcing social privilege? Well, its not easy, but it certainly won’t happen if we ignore it or pretend like we don’t have it.

One of the most pernicious forms of privilege is the social control of history and what gets remembered (and often honored or memorialized) and what doesn’t. The Equal Justice Initiative has just published an important report documenting their investigations into lynchings in twelve Southern states between Reconstruction and World War II. Their research documents almost 4000 people who were brutally tortured and murdered by their fellow citizens between 1877 and 1950. 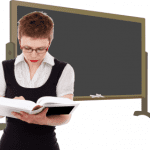 February 11, 2015
Bias against female professors is real
Next Post 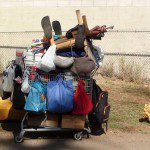 Not Liberal, Just Literate
Religion Prof: The Blog of James F. McGrath
Related posts from To Do Justice