Celebrating the Moral Courage of Women Who Have Abortions

Celebrating the Moral Courage of Women Who Have Abortions September 2, 2015 Rebecca Todd Peters

While Pope Francis’ statement allowing local priests to absolve women for the “sin” of abortion may be a welcome balm to some Roman Catholics, the coverage of this development highlights and reinforces negative attitudes about women who have abortions.

All day yesterday (and presumably for some days to come) women who have had abortions have been spotlighted and called out as “SINNERS.”

The text of the Pope’s letter does not say anything particularly new about the Roman Catholic Church’s position on abortion but it does emphasize the narrative of abortion as “tragedy,” “sin,” and an “agonizing decision” as the Christian attitude toward abortion.

One-third of US women have abortions. 70% of those women identify as Christian. For those women, in particular, and for Christian women facing unplanned or problem pregnancies – it is important to challenge the prevailing cultural assumption that abortion is always tragic, sinful, or an agonizing decision.

The rates of Catholic women who have abortions is slightly higher than the general population. Ninety-eight percent of US Roman Catholics also use birth control other than the rhythm method, despite the Catholic Church’s teaching on contraception. I’m betting many of those women don’t consider either their use of birth control or their abortions as sin.

Yeah, yeah, I know. Someone is going to call a “moral relativism” foul on me and argue that people can’t just “decide” what is sin and what isn’t. That would be chaos! How would we ever really know what was sinful and what wasn’t?

The Westminster Shorter Catechism defines sin as “any want of conformity unto, or transgression of, the law of God.”

The Bible says absolutely nothing about abortion. Nothing. In the midst of a text that references a great deal of other “sins” related to sexuality, there is not one peep about abortion. It was humans who decided that abortion was sin. Specifically, men in the early church who believed that all sexual acts without the possibility of procreation were sinful. The denunciation of contraception and abortion by some theologians in the early church is the law of man (and I do mean man here), not the law of God.

As far as I’m concerned, I’m happy to let God handle the question of what is sinful and what isn’t. I’m also happy to let women who had abortions work that out with God, on their own or in consultation with their pastor or priest. And yes, I know that is the Protestant in me speaking! However, as an ecumenical theologian, I believe there is much I can learn, generally speaking, from Catholics and vice versa. Here is one situation where maybe Catholic women can benefit from some Protestant theology.

Certainly, some women will experience their unplanned pregnancy as a moral dilemma and, perhaps, consider their decision to have an abortion a sin. For many of these women, the whole experience is a tragedy. Pope Francis’ extension of absolution during the Jubilee Year of Mercy is an important act for these women.

The question of what to do when faced with an unplanned or problem pregnancy is a moral question. Many of the actions related to our sexuality involve moral questions related to how we embody and express our sexuality. Whether and when we have sex and with whom; whether or not we use birth control; whether or not we decide to have children; and, of course, how we respond to a particular pregnancy. These are moral questions because they relate to one of the most fundamental and intimate aspects of our personhood and our identity – our sexuality and our body.

For many women, abortion is a morally good decision. For these women abortion is a healing and life-giving experience. It allows some women to be responsible parents to the children they already have. For other women it is a responsible decision that allows them to have life abundantly by finishing their education and becoming responsible adults. For still other women not being pregnant helps to maintain the thin thread of sanity that allows them to survive amidst mental illness, poverty, domestic violence, or a host of other challenges.

In the midst of a culture that shames, blames and calls women sinners who have abortions – it takes a great deal of moral courage to terminate a pregnancy.

It takes moral courage to ignore the bullies and hate-mongers who seek to shame you for your decision. To reject the Christians who want to make you feel guilty for making a life-defining decision that you know is right with God. To navigate and survive the hundreds of state regulations across the country that seek to pressure you to change your mind by showing you mandatory ultrasounds. Or make you wait for three days like a child in time-out to “think about” your decision – as if you haven’t already thought about it for weeks on end!

During this media blitz highlighting the Catholic Church’s generosity of absolving women of their “sin of abortion,” I want to celebrate the moral courage of women who have terminated pregnancies as a morally good act in the larger story of a life well-lived, or at least the journey to live the most faithful life possible. 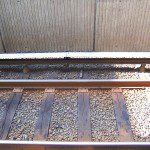 August 31, 2015
Bernie Sanders Is Riding the Third Rail
Next Post 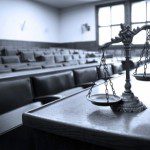