How to Fight Right-Wing Abortion Extremists and Help Poor Women

I don’t know about you, but I’m getting sick and tired of right-wing Christians and other pro-life extremists. Full stop.

You know the reasons, right?

*manipulating video to attack Planned Parenthood (and make us talk about fetuses)
*harassing women who have abortions
*building a memorial wall for aborted fetuses, seriously???

For months, the nation has watched as pro-life extremists have attempted to throw Planned Parenthood under the bus in an attempt to not just cut off abortion services in the US but to try to roll back women’s access to birth control more broadly.

As we all know by now, only 3% of their services are abortion services. The majority of their work focuses on birth control, STDs screenings, AIDS tests, breast exams – they are a one-stop women’s health paradise! Hell, like many women in the US – I got my first birth control at Planned Parenthood. There is ample evidence that more and better access to free birth control reduces both pregnancy rates and abortion rates (not surprisingly, those rates are pretty tightly linked!).

There are so many reasons for women to be sick and tired of being attacked by conservative Christians who seek to push their ethics and morality into the public square. As a progressive, pro-choice Christian, I’m especially tired of the conservative Christians dominating the public airwaves (and cyberspace) with their message that Christianity (and God) are against abortion. Supporting the idea that women are created in the image of God and able to make deeply moral decisions about their fertility is completely consistent with Christian scripture.

The most frightening aspect of the right-wing propaganda is that they are making headway in restricting access to abortion in many states across the country. While the brouhaha over Planned Parenthood may be dying down just a bit, state legislators across the country continue to roll back women’s access to one of the most basic forms of health care necessary for one-third of women.

One in three. That’s the statistic. One in three women will have an abortion in her lifetime by the age of 45.

Sexually active women get pregnant, not all sexually active women want to have a baby. More than 50% of women who have an unplanned pregnancy were using birth control in the month they conceived. While some babies may be “accidents,” some pregnancies are simply mistakes. Accepting either one of these realities does not invalidate the other.

Women know that having a baby is not only hard work but it is an important responsibility. Given the problems of child abuse and neglect; of child poverty, hunger and homelessness – why in the world would we want to force women to bear children that they know they are not ready or able to raise?

If we lived in a society with jobs that paid a living wage or provided adequate support for women raising children to supplement their insufficient wages, many women who choose abortion would not.

Sixty percent of women who have abortions already have at least one child. These women know what it takes to parent and many are struggling to parent the child/ren they already have.

More importantly, from a moral perspective, why would we ever think it was ok to force a woman to be pregnant.

I’ve been pregnant. It’s no piece of cake. Healthy pregnancies require cooperation from the pregnant woman. Pregnant women need to stop drinking and smoking and generally take care of themselves in order to take of the health of their future babies.

Some will say that these women should give their babies up for adoption, after all, there are so many families out there waiting for healthy newborns to adopt.

Yes, its true, there are. But forcing women to bear children for them is not only cruel and unusual – its positively dystopic! Thanks, Margaret Atwood.

And it is poor women who are the most likely to have abortions. Not surprising in a country where we refuse to eliminate child poverty and hunger. Many poor women who choose to end pregnancies are making rationale, moral decisions in light of the society that we have collectively built.

Many of these same poor women, who know that they cannot afford a baby (or another baby), do not have health insurance to cover their abortions and the federal government refuses to pay for abortions since the Hyde Amendment was passed in 1973. The most devastating impact of the Hyde Amendment was to remove abortion from Medicaid coverage, thus denying the most vulnerable women in our society access to their legal right to end a pregnancy.

Many of these women must save their money for months in order to have enough to pay for their abortion. This often pushes their abortions from simple, low-risk procedures in the first twelve weeks to more complicated and higher risk later abortions. Ironically, these later procedures are often also more expensive than the early ones, pushing the procedures even farther into the pregnancy.

But the Hyde Amendment didn’t just cancel abortion coverage for the 14.9 million women on Medicaid, it restricted access for a full 29 million women including state and federal employees, military personnel, veterans, and Peace Corps workers among others.

Finally, now, instead of simply feeling sick and tired by this relentless attack on women’s health and women’s dignity – there is something we can do to fight back.

This summer, legislators introduced the “EACH Woman Act” which would repeal the Hyde Amendment and ensure health coverage of abortion for any woman, regardless of income.

People of faith, people of conscience, and people who support women’s ability to make decisions about the future of their lives and when and how they want to parent – can now DO something to reject the right-wing propaganda that has been crashing down around us for months.

But don’t stop there.

Write your Congress person and tell them to support the EACH Woman Act.

Tell your friends, neighbors, and coworkers to do the same.

Preach a sermon about the importance of allowing all women to have health care coverage for all aspects of our health care.

Hold a march in your town and carry signs that raise awareness about the EACH Woman Act.

Do whatever you can, wherever you can to get this legislation passed and halt the assault on women.

Repealing the Hyde Amendment is one of the most important steps we can take to restore women’s dignity and women’s health care to women’s hands.

Fight the patriarchy. Fight the misogyny. Support the EACH Woman Act and repeal the Hyde Amendment. 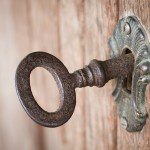 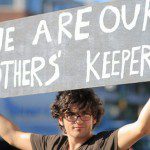 November 2, 2015 When Will Republican States Do Their Duty?
Recent Comments
0 | Leave a Comment
Browse Our Archives
Related posts from To Do Justice