I haven’t banned Frank. Not yet. But after all that’s gone down over the last couple weeks, it’s time to revisit the commenting and moderating policies here at Theoblogy.

1) I do not edit my posts, ex post facto, but allow my mistakes, misjudgments, and misstatements to stand as a record of my idiocy.

2) I do not get involved in the comment section.  I read all the comments, but I don’t respond; I let the post do the talking.

First, some hard numbers. This is the 2,248th post at Theoblogy, and those posts have generated 35,234 comments. That’s a lot of water over the dam. In 2008 I read every comment. I cannot say that I do so today. On days that I’m working, I do. But if I take a day or two off from the Internet, I simply cannot read all of the comments. I don’t read the entire newspaper every day, even though it arrives on my doorstep without fail. So, I hope that readers will afford me some grace in this regard.

Second, I do engage in the comment section. Not as much as some would like, but as much as I am able. When someone asks me a direct question, I answer as time allows. But I’m also attempting to post once or twice per day, so the bulk of my energy goes into producing that content.

The most public if these was the curious case of Darius — I even know of one college course that uses those posts as an example of blogging ethics (I don’t know if it’s a positive or negative example). If you’re a relatively new reader here, I recommend those posts to see how I treat a relatively recalcitrant commenter.

Which brings us to Frank. Frank left his first comment on September 28, 2011. In the 447 days since, he has left 920 comments. That’s a lot. And all that time, he’s left a false email address. Even the domain with the email is fabricated. Since I couldn’t email him, I reached out to him in the comments. Frank emailed me though my website; he offered his last name, but entered the same false email address.

People leave fake email addresses on occasion: abc@123.com or jesus@nazareth.org. I let it slide, since those commenters usually doesn’t come back. But Frank has been the most prolific commenter by far over the last year. Also, other commenters complained about him publicly and emailed me about him privately. One reader even set up a Twitter account that sent out Frank’s comments as tweets.

When Frank’s comments got out of control, I publicly chastised him (remember, I couldn’t privately email him). I’d remind him not to hijack every conversational thread. I’d delete a post of his and tell him that he can’t simply copy-and-paste content from other websites into my comment section.

An interesting turn-of-events happened during the Where Are the Women? post. Frank broke from his trolling behavior and showed me some compassion. It was really quite breathtaking for me and the most committed readers of this blog. But alas, Frank returned to form within the next couple of days. After I tried to reach him by email, he stopped commenting.

Over the course of Where Are the Women? and the subsequent posts that addressed that issue and the blow-up that ensued, there seem to be two major themes from women readers (there were many themes, but two that I can directly control):

1) Tony is an ass who writes with a belligerent and subtly misogynic style.

2) The Theoblogy comment section is overly belligerent toward women.

I can’t do a lot about being an ass. But I have tried to moderate my tone over the last couple of weeks. I am and have been a vocal supporter of women in the leadership of church and society. I have written posts proclaiming that all pastors should be women, and the like. But it seems that newer readers were unfamiliar with these positions, and that something about my writing turned them off. I am attempting to ameliorate that.

Regarding the comment section, I am watching it more closely. There was a commenter (who happened to be female) who repeatedly insulted a gay male commenter. I deleted a couple of her posts and wrote her privately, telling her to stop immediately. She did, but it was too late. The man she insulted resigned from reading and commenting her. That was one of the sadder days of my blogging life. Maybe I should have stepped in sooner, but I’ve always hoped that the comment section would be a relatively self-policing space.

The traffic on this blog is growing, and that means more comments. I’m asking for your help in alerting me if someone is insulting someone else. Also, don’t feed the trolls. Also, treat one another with respect and, when necessary, tell one another when you’ve stepped over the line.

I’ll do my best to do better. I hope you’ll both challenge me and have grace with me.

And from the bottom of my heart, thanks for reading.

December 18, 2012
James McGrath Is Wrong: Herod Really Did Massacre the Innocents
Next Post 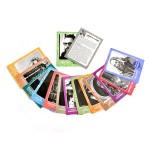 December 19, 2012 Write a Theological Limerick, Win Theological Trading Cards
Recent Comments
66 Comments | Leave a Comment
"Have you considered professional online editing services like www.CogitoEditing.com ?"
Dmitriy The Writing Life
"Thank you."
christianpundit Is It Time for Christians to ..."
"I'm not missing out on anything - it's rather condescending for you to assume that ..."
christianpundit Is It Time for Christians to ..."
"I really don't understand what you want to say.Your http://europe-yachts.com/ya..."
Mario Would John Piper Excommunicate His Son?
Browse Our Archives
get the latest from
Progressive Christian
Sign up for our newsletter
POPULAR AT PATHEOS Progressive Christian
1

Postcards from the class & culture...
slacktivist
Related posts from Theoblogy