Without Salvation, Faith Has To Be More than Community [Questions That Haunt]

This week’s Question That Haunts from Ben is pretty great:

If we take the salvation/eternity issue out of the discussion, what advantage is there to believing in God? Ideals like joy, peace, justice, love, beauty, and even community can be experienced, practiced, and enjoyed by atheists and Christians alike; these are universal ideals, and one does not have to believe in God to be happy or feel at peace. I’ve met many atheists who are MUCH more joyful, loving, compassionate, and appreciative of beauty than Christians. So, going beyond the evolutionary reasons for religion, if we’re taking salvation out of the equation, why should someone be a Christian?

And it drew lots of great responses, some of which I will quote in my own answer.

Let’s break down the question, first of all. Ben asks at the very beginning to take the “salvation/eternity issue out of the discussion.” I’m fine with that exercise, but we need to note right up front that it guts the question of meaning for most of the 6+ billion theists in the world. People believe in God, in large part, because of the salvific role that God plays (or gods play) in every religious system.

The second thing to notice is that Ben ties salvation and eternity together, almost as though they’re interchangeable terms. I admit that there are still many people to hold to Christianity because they don’t want to go to Hell when they die. But not only is that a fairly shitty reason to be Christian, it also ignores the much richer meaning of salvation in the Christian tradition. In Scot McKnight’s book, The King Jesus Gospel, he helpfully differentiates this by referring to the version of the gospel that focuses only on eternal life as the “soterian” gospel, and opposed to the the true salvation that Jesus offers. Or, in the words of commenter Ryan Miller,

Isn’t the whole point of Christianity salvation? Not in terms of being “saved” from “eternal fire” but in terms of being saved from bondage, shame, fear, injustice, and all the other hells around us all the time… so that we can become new beings and find our true identities to “save” this world and all of humanity with it, with God leading the way. Not with platitudes but with actual restoration?

Without salvation of any kind, I don’t think there is any point to Christianity.

So, that’s point one: salvation is more than your eternal destiny.

Point two is this: many of us (myself included) believe in God because we experience God. It’s what what Schleiermacher called the “feeling of utter dependence,” or, as stated by commenter Andrew DeYoung,

Though my belief in God and commitment to Christianity has often wavered, I’ve been unable to shake this bedrock belief that there is Something bending the arc of the moral universe toward justice, peace, life, and love. And for me, “God” is the best word I’ve found for that Something, and Christianity is what has helped me to experience it. It’s what I’ve got.

So, Ben, a lot of people say that the advantage of belief in God is that it makes sense of their personal experience of the Divine. Marx, Freud, and Nietzsche think that we’re deluded, as do Dawkins, Hitchens, and Harris. But in spite of their protestations, the vast majority of human beings who presently roam this planet experience something more than themselves, and they call the source of this experience, “God.”

Third: the advantage to belief in God is that it gives meaning to life. There seems to be something in most human beings that desires hope — it’s what has driven the career of my favorite theologian. And, without hope of something more than this life, life seems meaningless — maybe not to Nietzsche, but to most people. The aptly named Lana Hope wrote,

In short: if there is no God, then children who suffered cruel lives and died unmerciful deaths died in vane. In the end, their lives were totally useless. The idea of an afterlife means there is healing and more and better to come. I am not saying this proves God’s existence, but it comforts me.

Fourth, I agree with Jesse Turri — it’s the aesthetics of theism, and more specifically Christianity, that draw me:

For me this question comes down to a matter of aesthetics. The reason I remain a Christian is because I want to live a beautiful life.

Judgments of beauty require an aesthetic, some criterion which separates the ugly from the beautiful. So in order to live a beautiful life you need some way to define beauty.

The way I found my aesthetic was by asking myself three questions: Who, living or dead, do I admire the most? What moves me to tears? What shakes my soul?

I’ve found that Jesus of Nazereth is my aesthetic. He’s how I define a beautiful life. I’ve noticed in my heart that every time a human action moved my soul or brought tears to my eyes that action reminded me of Jesus. And so, because I want to live a beautiful life, I follow Jesus.

I’ll take it in a different direction, though. The aesthetics of the Christian story attract me because they are reflective of my experience of life. Theism often doesn’t make sense to me — at least not the theism that posits an interventionist God — but Jesus almost always makes sense to me. And, as I’ve written before, the complexity of the biblical narrative matches the complexity of my experience of human life.

Fifth, and finally, it’s about the community. A lot of commenters wrote about this, including Jonnie Russell,

Why? Because it affords you the best kind of community for making the world a better place. Say what you will (my much appreciated radical theology friends lurking in the background but failing to comment yet!), the intention of a/theistic conceptions of the Christian life, are attempts to retain exactly that feature–the community of God, bound by a common cause– that makes the religion so attractive. I do not think there is ANY historical or biblical reason for believing in God apart from a conception of participating in what God is doing in the world.

But I left this until last for a reason. I think it’s overplayed by old school Unitarian-Universalists and new school Christian a/theists. Community is important, to be sure, but a community that is not christocentric is not the church in any recognizable way.

I was talking to some Jewish friends last week, and we agreed that one of the biggest differences between contemporary Judaism and contemporary Christianity is that the former is home to many atheists, but not the latter. When a Christian forsakes their belief in God, they most often quit the church. That’s not the case in Judaism, wherein religious commitment also entails ethnic and familial commitments. The reason that atheists quit the Christian community is that, without Christ, the church just doesn’t have much to offer.

So, Ben, while your question is purely theoretical because there is no Christianity without salvation, it’s still been a great question, and I thank you. 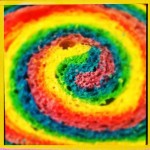 May 13, 2013 Marriage Equality and a Day of Celebration
Recent Comments
32 Comments | Leave a Comment
"Have you considered professional online editing services like www.CogitoEditing.com ?"
Dmitriy The Writing Life
"Thank you."
christianpundit Is It Time for Christians to ..."
"I'm not missing out on anything - it's rather condescending for you to assume that ..."
christianpundit Is It Time for Christians to ..."
"I really don't understand what you want to say.Your http://europe-yachts.com/ya..."
Mario Would John Piper Excommunicate His Son?
Browse Our Archives
Related posts from Theoblogy