Preparing for Advent: Reflections on Tanner’s “The Annunciation” 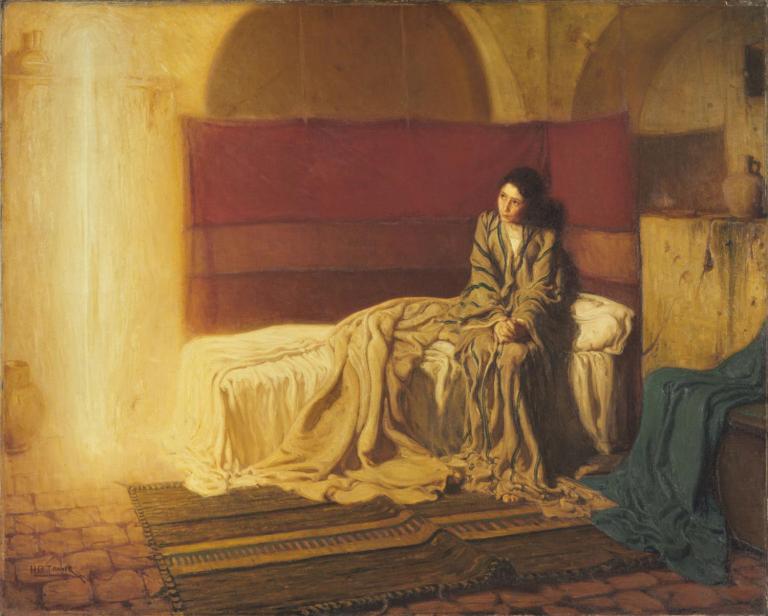 Henry Ossawa Tanner’s “The Annunciation” is one of my favorite depictions of this pivotal biblical scene where the angel Gabriel announces to Mary that, though she is a virgin, the Holy Spirit will come upon her and she will bear the Son of God. We read about this incredible scene in Luke 1:26-38:

In the sixth month the angel Gabriel was sent from God to a city of Galilee named Nazareth, to a virgin betrothed to a man whose name was Joseph, of the house of David. And the virgin’s name was Mary. And he came to her and said, “Greetings, O favored one, the Lord is with you!” But she was greatly troubled at the saying, and tried to discern what sort of greeting this might be. And the angel said to her, “Do not be afraid, Mary, for you have found favor with God. And behold, you will conceive in your womb and bear a son, and you shall call his name Jesus. He will be great and will be called the Son of the Most High. And the Lord God will give to him the throne of his father David, and he will reign over the house of Jacob forever, and of his kingdom there will be no end.”

And Mary said to the angel, “How will this be, since I am a virgin?”

And the angel answered her, “The Holy Spirit will come upon you, and the power of the Most High will overshadow you; therefore, the child to be born will be called holy—the Son of God. And behold, your relative Elizabeth in her old age has also conceived a son, and this is the sixth month with her who was called barren. For nothing will be impossible with God.” And Mary said, “Behold, I am the servant of the Lord; let it be to me according to your word.” And the angel departed from her.

The main thing I want to say about this painting is how unconventional it is. Very often, artists imbue the annunciation scene with rich and royal colors and depictions of holy action like Mary piously praying or solemnly reading some sacred text. Take Francisco de Zurbarán’s version of the same scene as an example. This massive painting is also housed in the Permanent Collection of the Philadelphia Museum of Art. It is a rich experience reading and comparing both paintings.

Tanner’s composition is quite different. Completed just two years before the turn of the 19thcentury, it was inspired by visions of the people and places he witnessed during a trip to Northern Africa and the Middle East. After touring Egypt and what was then called Palestine, he saw the faces, the fabrics, the framing of dingy Palestinian interiors and painted the annunciation scene from what his eyes witnessed. We could say it is morerealistic, or at least, how it might have looked if one was a fly on that pockmarked wall. To be sure, Tanner creatively portrays the angel Gabriel as a shaft of light (do you know better what an angel looks like?). Nevertheless, we see Mary, the soon to be Mother of God, painted as she is: a young, poor, Jewish girl, alone in an unremarkable room, wearing unremarkable clothes.

Tanner paints the subject with exquisite attention to detail, but it is not overly stylized. He doesn’t entirely reject the “tradition”, but he eschews much of the typical language of Marian hagiography. Or, perhaps better put, he reclaims the holiness of a remarkably unremarkable scene that is transfigured by the angelic visitation and the promise of God’s advent.

Much more could be said about this marvelous painting. I want to focus on how an anonymous girl in a drab room is enlightened and transformed by the advent of God. There is a lesson for us in this as we step in Advent this year.

This year, Advent begins on December 1. The season derives its name from the Latin adventusmeaning “a coming, approach, or arrival.” Because Advent ushers in Christmastide (beginning on Christmas eve and extending over 12 days), our tendency is to think Advent primarily refers to Jesus’ incarnation. However, if we focus exclusively on the birth of Jesus during Advent, we’re being a bit shortsighted.

We celebrate the greatest advent in human history (to date, at least) as we remember the incarnation. We cry out for the second advent of Jesus Christ when he will come to set all things to rights. We pay attention to how Christ comes to us, enlightening the humdrum of our everyday and invites us to be Christ’s light to the world.

For whatever reason, I am drawn to focus on the present this time around. Tanner’s painting is a wonderful example of how, when God comes to us, he transforms the most mundane, the most drab, the most unremarkable space into holy ground. That is, God transforms our present reality if we, like Mary the Mother of God, say ““Behold, I am the servant of the Lord; let it be to me according to your word.” When we respond with “yes,” he transforms our present into a marvelous encounter with the Living God. I think this is probably another way of saying that Advent helps us to see that such an encounter, such a transfiguration is always and already available every moment. We simply need the Light of the World to see it.

We need Christ’s illumination and perhaps also a little courage. All of this reminds me of one of my favorite passages from Gilead. Marilynne Robinson writes:

It has seemed to me sometimes as though the Lord breathes on this poor gray ember of Creation and it turns to radiance – for a moment or a year or the span of a life. And then it sinks back into itself again, and to look at it no one would know it had anything to do with fire, or light…Wherever you turn your eyes the world can shine like transfiguration. You don’t have to bring a thing to it except a little willingness to see. Only, who could have the courage to see it?

Open your eyes. Take courage y’all. Also, here are some resources that will help you to see God’s coming to you in your day to day this Advent: 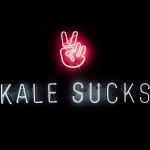 November 25, 2019
Should all Christians be vegetarians? Pt. 4: On meat
Next Post

February 21, 2020 Written Prayers: Gifts from Howard Thurman & John Stott
Recent Comments
2 Comments | Leave a Comment
Browse Our Archives
get the latest from
Transcendentalish
Sign up for our newsletter
POPULAR AT PATHEOS Evangelical
1

Persecution: The New Reality for Biblical...
The Chorus In The Chaos
Related posts from Transcendentalish