Friends (especially those expecting children) ask me with surprising frequency why I believe in infant baptism. For a couple of years, I replied by giving what I think the best biblical reasons are. But I usually don’t take that route anymore, because I’ve realized that’s not what convinced me.

For most evangelicals, what stands in the way of baptizing infants isn’t a lack of biblical evidence, but an interpretive lens they wear when reading Scripture. That lens–shaped by revivals, rugged individualism, and a sacramental theology untethered from the church’s means of grace–makes conversion the chief article of the faith. We should expect this, since American evangelical theology was forged on the frontier, in camp meetings, to the sound of fire-and-brimstone preaching. 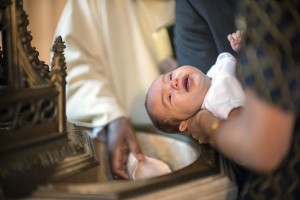 The core assumption here is that you must have a conversion experience to be saved. You must turn away from a past life toward a new one, usually with tears and laments attesting your sincerity. And this view of Christianity works well in an evangelistic setting, where many have lived as open unbelievers. The problem is it’s an awkward fit when it comes to multi-generational faith.

Anyone who was raised in a Christian home and still believes in Jesus knows that there wasn’t a time when he or she transitioned from “unbelief” to “belief.” We were never “converted.” It was simply inculcated from infancy, and for as long as we can remember, we have trusted in Jesus for the forgiveness of our sins, whether we were baptized as a baby or not.

But because of the baptistic emphasis on conversion, many (if not most) raised in those churches found ourselves “converting” over and over, reciting the “sinner’s prayer” at countless altar calls during our childhood and teenage years, certain that each time, we were truly sincere, but always finding ourselves back at the altar. Some of us even asked to be re-baptized upon our fresh conversions. And everyone raised in evangelical churches will know what I mean when I say “testimony envy,”–that real and perverse jealousy you feel when someone who lived a nastier pre-conversion life than you shares their story.

This is where I think the chief difficulty with infant baptism lies, at least for American evangelicals. I don’t believe baptistic evangelicals really view their children as unregenerate pagans before their “credible profession of faith.” If they did, they wouldn’t teach them to say the Lord’s Prayer or to sing “Jesus Loves Me.” I think what’s really going on is a kind of alternative sacramentalism, where a dramatic conversion experience, rather than baptism, is the rite of Christian initiation.

Thus, children raised in this setting feel the need to manufacture tearful conversions over and over to prove their sincerity. And rather than their present trust in Christ, they’re taught (implicitly or explicitly) to look back to a time, a place, and a prayer, and stake their salvation on that.

Infant baptism runs counter to this entire system. It declares visibly that God induces a change of heart and a saving faith in those too young to even speak or remember their “conversions.” It illustrates that the branches God grafts in to His Son aren’t sterile. They bud and blossom, producing new branches that have never drunk another tree’s sap. And most importantly, it matches the lived experiences of believers’ children, rather than continually imposing a system on them that was designed for first-generation converts.

Almost always, I see the lights come on after explaining this point to an evangelical friend. And in most cases, their acceptance of infant baptism isn’t far behind. 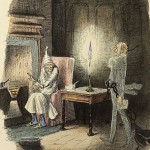 November 23, 2016
Jacob Marley, the Rich Man, and Lazarus
Next Post 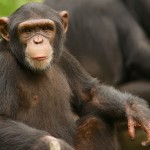 December 5, 2016 How Narnia Should Have Ended: Why ‘The Last Battle’ is My Least Favorite Chronicle
Recent Comments
0 | Leave a Comment
Browse Our Archives
Related posts from Troubler of Israel