How Narnia Should Have Ended: Why ‘The Last Battle’ is My Least Favorite Chronicle

How Narnia Should Have Ended: Why ‘The Last Battle’ is My Least Favorite Chronicle December 5, 2016 G. Shane Morris 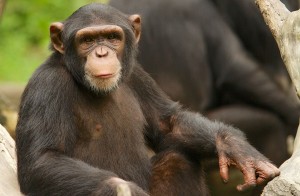 I am a lifelong Narnia fan. I treasure these books, constantly refer to them, and still mysteriously get something in my eye when Aslan explains the Deeper Magic from Before Time. C. S. Lewis was simply a master world-weaver, and Narnia is Lewis par excellence. So I don’t make this confession lightly. But I’ve stayed in the closet (wardrobe?) for too long. Here goes:

Most people assume that, since I am a Calvinist, my misgivings are all about the infamous Emeth episode, in which Aslan accepts the misdirected worship of a pagan Calormene. But Lewis’ semi-syncretism isn’t what really bothers me. Rather, “The Last Battle,” from the day I first read it, struck me as a lackluster story. And that drives me crazy, because Lewis had all of the pieces for a breathtaking conclusion to the series. If we can suspend my heresy trial for a few minutes, I’ll explain.

‘The Last Battle’ Is Anticlimactic

The Chronicles soar to the highest spheres of imagination. They introduce us to other universes, sapient beasts, a sorceress who can freeze the seasons, humanoid stars, and voyages to the edge of the world—all seen through the eyes of children. And Narnia’s closing chapters strike me as some of the most subtly brilliant in all of children’s literature. The Platonic overtones of a universe of forms, the call to journey ever “further up and further in,” and the idea that Heaven preserves all the best fragments of this world—nay, that all we loved in this world was a shadow cast by the True World—these suggestions cause our hearts, as the Apostles put it, to “burn within us.” And what fan can read the closing scene in which Aslan “no longer looked to them like a lion,” without getting goosebumps?

But I could live without the rest of the book.

Recall that the story just before “The Last Battle” involves a secret mission to rescue royalty in the bowels of the earth, by ill-prepared heroes who must face man-eating giants, a ghoulish subterranean civilization, and a witch who transforms into a hulking serpent. The story before that features a Magellan-like conquest of the world’s uttermost edge, complete with dragons, sea-people, and islands that eat unsuspecting passersby. And as the books were originally published, “The Magician’s Nephew” (which is first in the series, chronologically) was the penultimate Chronicle. We hardly need to rehearse the first meeting of worlds via Atlantian magic, the wonder of Narnia’s creation narrative, or the chilling debut of the White Witch.

Against this backdrop, any reader should be hopping like a dufflepud for the grand finale, especially with a title like “The Last Battle.” But what greets us is a perplexingly dull slog with an ape, a donkey, a stable, and some comically gullible Narnian creatures. What gives?

That’s just the beginning of the jarring incongruity. We’re soon introduced to Tash, the four-armed, vulture-headed Calormene god who, aside from passing references in “The Horse and His Boy,” has played no role in the series, and is consistently portrayed as a lifeless idol. Now, as it turns out, Tash is real, and comes swooping out of left field (the Southern Desert) to consume Narnia. But it gets more bizarre. Lewis bills this demonic buzzard as the ultimate villain of the Chronicles—their Satan figure:

Where has Tash been for the last six books? And why should readers accept a phantasmal carrion bird as a compelling villain in the series’ home stretch? He isn’t cunning. He stinks (literally). And he disappears almost as soon as he arrives. Yes, I realize that Lewis was probably aiming for certain parallels with Revelation—the Antichrist, the Beast, the False Prophet, the Tribulation, Gog and Magog, and so on. But the scale of John’s prophecy makes the cast of “The Last Battle” seem like an Arcadian apocalypse—like some ungainly collaboration between Edvard Munch and Thomas Kinkade—like an Armageddon fought by nativity scene animals. The “antichrist” is an ass, for goodness’ sake! What’s with this puzzling shift near the end of the series? 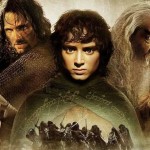 December 20, 2016 15 Years Later, 'The Fellowship of the Ring' Film Is an Allegory of Power and Providence
Recent Comments
0 | Leave a Comment
Browse Our Archives
Follow Us!

Hebrews: 5 Books Every Pastor Should...
Crux Sola: Formed by Scripture to Live like Christ
Related posts from Troubler of Israel