The Real Problem With the Sinner’s Prayer 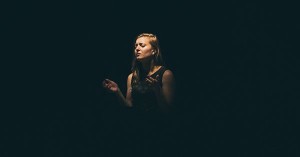 I am a Reformed Protestant, and I don’t believe we are saved by faith alone. Neither do I believe we are “once saved, always saved.” Do those statements seem strange to you? Then you’ve probably fallen prey to one of the great distortions of Protestant and evangelical theology. Read on, and I’ll explain.

Both the material cause of the split between Rome and the Reformers (Sola Fide, or “faith alone”), and the formal cause (Sola Scriptura, or “Scripture alone”), suffer from widespread distortions and misunderstandings, even among Protestants who claim to espouse these principles. As we approach the 500th anniversary of the Reformation, I want to debunk some popular myths about these two of the Five Solae.

Let’s start with Sola Fide, as it’s commonly embodied in evangelical circles: as a sort of confession of guilt and pledge of allegiance to God known as “the sinner’s prayer.” It usually goes something like this:

“God, I know that I have broken your law all my life, which makes me a sinner, justly deserving your anger. I believe that Jesus Christ died to pay the penalty for my sins and rose again, so that I could have eternal life. I ask you to forgive my sins, come into my heart and life, and be my Lord. Amen.”

Now, taken by itself, there’s not a thing wrong with this prayer. What it says is true, and a repentant sinner may very well pray it at the inception of his or her Christian life. I did. As an expression of faith in Christ, it’s concise and even beautiful. The Reformed world (where I spend much of my time) would do well to dial back criticisms of the prayer, itself. It may not be theologically complex, but it’s not meant to be. It is the prayer of a child.

But there’s still a major problem with the way the Sinner’s Prayer is usually employed: as the central event in the evangelical pseudo-sacrament of conversion. I’ve written about the error of salvation-by-conversion before, and how it colors popular evangelical understandings of baptism, the church, and Christian living.

Here’s a summary of this theology as I’ve witnessed it play out: If having a conversion experience is what it means to be a Christian, then it is the Sinner’s Prayer, itself, not the ongoing faith in Christ which it expresses, that justifies. The experience of conversion, and remembering that conversion, become vital to Christianity. And if you’ve had that experience, you are guaranteed current and future salvation.

Think I’m being unfair or picking at nits? Consider that even among pastors and evangelists who warn their congregations that “there’s nothing magical about this prayer,” it’s common to hear questions like, “When did you accept Christ?” or “When did you become a Christian?” Both of these questions presuppose that a discernible and often dramatic conversion are normative, and that anyone who can’t recall such a conversion is probably not in Christ.

This mistaken theology is more than just the unspoken motive for denying baptism to infants of believers (though it is that–recall that for most evangelicals, the lack of a public profession of faith in Christ is functionally the same as a lack of faith in Christ, and precludes visible membership in His Church). It is also a repudiation of the the Reformation doctrine of Sola Fide–“faith alone.”

Demanding the Sinner’s Prayer or something like it teaches people to look back to a time, a place, and an experience as the basis for their ongoing assurance of salvation. In other words, it trains Christians to see something they did as the reason they are saved. It is common to hear evangelical pastors ask those struggling with assurance, “Did you invite Jesus into your heart and mean it?” The not-so-subtle message is that if you performed this ritual prayer, and did it right, you’ve got your ticket into Heaven.

The Reformers’ rallying cry–that we are saved by the work of Christ alone–teaches precisely the opposite. The insight that changed Martin Luther’s life and the course of Western Christendom was that the righteousness which makes us acceptable to God is not our own. It is an alien righteousness, a right standing with our Judge and Father acquired by the life and work of Jesus, applied to His people.

It is our identification with the righteous Christ, obtained and maintained by faith in Him, which makes us just in God’s reckoning. We are not saved by faith, and especially not by any time-bound expression of faith, like the Sinner’s Prayer. Being “saved by faith” implies that faith, itself, is meritorious before God–as if believing in Jesus is somehow of greater value than doing the good works He did. It isn’t, at least not according to the Reformers.

Rather, they insisted we are justified (declared righteous) through faith. What difference does this change of verb and preposition make? All the difference in the world.

We’re Not On Trial

First, it means that in the context of justification, our faith is worth nothing. Rather, the Object of our faith is worth everything. Faith is merely a means of uniting us with Him–of obtaining the benefits of His priesthood and His sacrificial death and resurrection. It is the hyssop with which we smear the blood of the Lamb on the doorposts of our hearts and homes.

No one reads the Exodus account and imagines that dried weeds are what separates Israelites from Egyptians. In the same way, no one should read the gospels or Romans and imagine that the faith with which we lay hold of Christ’s righteousness is itself capable of saving. Many Muslims, Hindus, and Jews have faith that is stronger than mine. But according to Jesus and Peter, their faith will do them no good, because it’s misplaced (John 14:6, Acts 4:12).

Justification through faith alone was uniquely important to the Reformers not because they didn’t care about obedience or good works, but because they knew both obedience and good works fall woefully short of God’s holiness. “Justification” is a legal term. It is the verdict of a Divine tribunal. That realization that Luther compared with the opening of Heaven’s gates wasn’t that God’s demands are easier than he thought. It was the revelation that in God’s courtroom, Martin Luther was not the one on trial. Jesus was.

“Faith alone” is a mere shorthand or synonym for “Christ alone.” When Protestants say this, what we mean (or should mean) is that Jesus’ perfect obedience as a perfect Israelite under the Law is the only basis for our right standing before the Father. We are declared innocent because He was declared innocent. We are declared sons because He gave us His sonship. On no other basis can we ever hope to be accepted by God. Not a prayer we prayed, not a conversion experience we had, and not the church service or revival when we “became Christians.”

I’m convinced evangelicals will never fully grasp the Gospel until they recognize that salvation is not conversion, and Christianity is not about a time, a place, or an act. We are not always saved because we were once saved. We are secure because Christ is secure. And as long as we persevere in faith under His blood (which I believe His elect, by God’s grace, always will), we will remain secure. 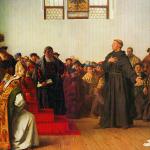 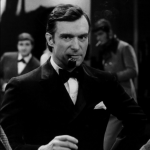 On Not Throwing the Baby Out...
Roger E. Olson
Related posts from Troubler of Israel