There’s a Christian truism we all grew up with that goes like this: Jesus walked through walls and locked doors after His resurrection, and this proves that His glorified body, and thus ours, will be fundamentally more like spirits or less physical than the bodies we currently have. There’s just one problem: This isn’t what Scripture actually says. And the idea that Jesus’ resurrection body behaved in some radically different way from His pre-resurrection body has become the basis of a lot of mixed up theology and eschatology. 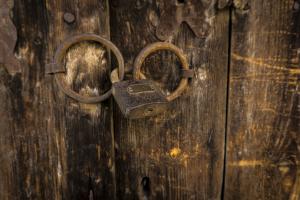 Writer David Bentley Hart recently published a lengthy essay in which he uses this interpretation to argue that Jesus’ resurrected body was a sort of hard spirit, which entirely replaced His original body and had different properties alien to the inferior, temporal flesh we now possess. In resurrection, he writes, we will all “shed” our physical bodies, and be “transfigured into the sort of celestial bodies that now belong to the angels: incorruptible, immortal, purged of every element of flesh and blood and (perhaps) soul.”

Brian Mattson over at The Calvinist International pegs Hart’s view as a form of Gnosticism, and makes a compelling case that this resurrection-as-angelification was the view of an ancient heretical sect, not of the early church. Indeed, fathers like Gregory of Nyssa (AD 335-394) explicitly say that in our resurrection, every “identical individual particle” which composes our bodies at death must return to us, else our resurrection will not be resurrection but “the creation of a new man.” Gregory insists “the same man is to return to himself,” down to “every single atom of his elements.”

Pedantic objections from physics, chemistry, and cannibalism aside, the point is clear: These bodies of ours will not stay dead. In His mysterious and wonderful way, God is going to raise them to life, not as replacements for the old, but as mature and glorified forms of the old. As Paul writes in 1 Corinthians 15, our bodies are like seeds “sown imperishable…raised imperishable…sown in dishonor…raised in glory…”

Or as George Ferguson delightfully writes in, “Signs and Symbols in Christian Art,” the butterfly can also symbolize resurrection, since the caterpillar and winged adult are biologically continuous, mediated by the “death” of the crystalis/cocoon. In both metaphors, the organism that entered dormition was the same organism that emerged, not less solid or physical than its prior form, but beautified, magnified, and perfected. We will be more than we are now, not less.

This is Scripture’s teaching on resurrection. Obviously, the body with which Jesus entered the tomb was the same body with which He rose three days later. That’s why the tomb was empty. But Jesus’ resurrected body was…different, right? It was less solid, right? He passed through locked doors and walls, right? Let’s reexamine the text of John 20:19-20, where we get this account:

19 On the evening of that day, the first day of the week, the doors being locked where the disciples were for fear of the Jews, Jesus came and stood among them and said to them, “Peace be with you.” 20 When he had said this, he showed them his hands and his side. Then the disciples were glad when they saw the Lord. (John 20:19-20 ESV)

What we have here is Jesus entering a locked room, apparently miraculously. John says nothing of Him passing through doors or walls like Nearly Headless Nick. In fact, he gives no indication at all of how Jesus accomplished this feat. He simply reports it as a surprising and likely miraculous appearance, and then moves on to a tangible demonstration that the resurrected Jesus is no ghost, a demonstration which Luke amplifies in his account:

As they were talking about these things, Jesus himself stood among them, and said to them, “Peace to you!” 37 But they were startled and frightened and thought they saw a spirit. 38 And he said to them, “Why are you troubled, and why do doubts arise in your hearts? 39 See my hands and my feet, that it is I myself. Touch me, and see. For a spirit does not have flesh and bones as you see that I have.” 40 And when he had said this, he showed them his hands and his feet. 41 And while they still disbelieved for joy and were marveling, he said to them, “Have you anything here to eat?” 42 They gave him a piece of broiled fish, 43 and he took it and ate before them. (Luke 24:36-42 ESV)

Luke could scarcely make it clearer that what the Disciples saw was not a spirit, a phantom, or an angel, but a physical man with a body. “A spirit does not have flesh and bones as you see I have,” says the Lord. He asks for food and eats, and not for the last time! John, of course, adds the famous account in which Thomas, who is unfairly remembered as the lone doubter among the Twelve, places his hand in Jesus’ nail and spear wounds to dispel all doubt.

But how did Jesus enter a locked room if his body wasn’t fundamentally different after His resurrection? There are two responses. The first is that a number of alternative possibilities exist which are fully compatible with John’s account:

-Jesus could have trans-located (“teleported,” if you will) from outside, into the Disciples’ midst, without passing through intervening space. (Think wormholes or warp drive if that helps).
-Jesus could have miraculously unlocked the doors.
-Jesus could have slipped in unrecognized, as He did at another time (Luke 24:16).

Which of these is the likeliest description of what actually happened? I have no idea, and I don’t think it’s terribly important that we decide. No matter which option we choose to believe, this incident is unremarkable, as far as Jesus is concerned. Christ performed many miracles–some arguably much more impressive than popping into a locked room–before His death and resurrection. He walked on water (Matt. 14:22-33). He slipped through a murderous crowd unnoticed (Luke 4:30-32). He spat in a blind man’s eyes and healed him (John 9:6).

Plainly, Jesus’ body interacted with the physical world in ways that are out-of-the-ordinary. These are not things people do every day. That’s why we call them miracles. And because these occurred prior to His resurrection, no one attempts to explain precisely how they happened, or draw eschatological conclusions about our glorified bodies from such texts. We simply rest in the fact that Jesus was and is God. It should not surprise us that the incarnate Deity was capable of feats that defy nature! The merely human prophets performed feats as impressive through the power of the Spirit.

Yet–and this is the second response–as soon as Jesus begins performing miracles after His resurrection, we fancy we have carte blanche to engage in wild speculation about the nature of the resurrection body. In our rush to angelify the resurrected Lord, we fail to notice that none of His later miracles are unique to Him! Philip the Evangelist, for instance, is trans-located by the Spirit (Acts 8:39). Elijah ascends into Heaven (2 Kings 2:11-12). Are we to draw conclusions about the nature of our resurrected bodies from these passages?

“Hold on a minute” someone will say. “Doesn’t Paul write that “flesh and blood cannot inherit the kingdom of God” (1 Corinthians 15:30)? Hart appeals to precisely this verse to support his claim that we will “shed” our material bodies in favor of new, angelic ones. But as Mattson points out, this clashes with how the Church Fathers understood Paul. Tertullian (AD 160-220), for example, insists that “It is the works of the flesh, not the substance of the flesh, which St. Paul always condemns.” Irenaeus (AD 130-202), likewise explains that those who take Paul’s disparaging use of the term “flesh and blood” as a condemnation of physical bodies “have not understood the mind of the Apostle or studied the meaning of his expressions.” 1 Corinthians 15, writes the bishop, “does not speak of some other body, but of the body of flesh.”

In other words, “flesh and blood” is one of Paul’s idioms for the corruptible human state, not a straightforward condemnation of our bodies, which is what the Gnostics held. How else can we read it in light of Jesus’ affirmation that “a spirit does not have flesh and bones as you see that I have”? or Paul’s later affirmation that Jesus will “transform our lowly bodies so that they will be like his glorious body” (Phil. 3:21)? If the resurrected Jesus has flesh and bones, then so will we. The fact that He miraculously entered a locked room is no more evidence that we will eventually become Force-projections than His walking on water earlier is evidence that we will eventually become boats.

Christians have built up an entire folk theology around the alleged discontinuity between Jesus’ body pre and post-resurrection. But the teaching of Scripture and Christian history places clear boundaries on our speculations. Jesus rose with a real human body. He still has it. Flesh and blood may not inherit the kingdom of God, but flesh and bones already have. 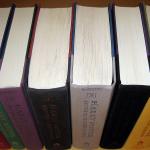 August 7, 2018
Why Is Harry Potter More Christian Than His Creator?
Next Post 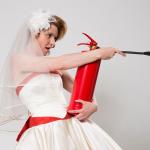 Jameela Jamil, Jesus, and Me
Preventing Grace
Related posts from Troubler of Israel