Writing at Christ and Pop Culture, Allison Barron makes the case that Christian couples who forego having children are superheroes saving the world. That’s the only thing I can conclude from her article, entitled, “We Can’t All Be Hawkeye: On Choosing Childlessness.”

Hawkeye, nerds will no doubt remember, is the erstwhile Avenger from the Marvel Cinematic Universe whose sole power was being a fair shot with a bow and arrow. That doesn’t really matter now, because he’s off the roster of earth’s mightiest heroes, on leave from the latest installment in the franchise to take care of his wife and kids, whom we met in a previous movie. Barron thinks Hawkeye, as the only Avenger with a brood, found it “more difficult…to risk his life for the world’s sake.” A-teamers like Iron Man, Thor, and the Incredible Hulk are unattached and childless, and thus far more reliable as heroes go. 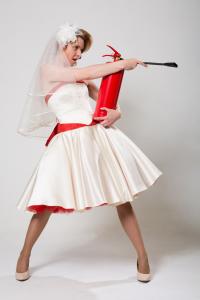 Weirdly, Barron says other Christians don’t recognize what a hero she is when she announces she and her husband aren’t planning on having children. “[C]hildlessness is not considered a valid option in our society,” she writes, bemoaning how TV shows and movies all portray people who at first don’t want kids eventually coming around to the little tykes.

“These stories perpetuate the idea that women don’t really know what they’re saying when they voice their disinterest in having children.”

But such women often have very good reasons, she says, “from being environmentally conscious,” (*cough* unlike some), “to lack of resources, to putting careers first.” Other reasons she thinks are perfectly legitimate include “minimalism,” “lifestyle,” and “simply not enjoying spending time with kids.”

Of God’s command to “be fruitful and multiply” from Genesis, Barron writes that it’s already been accomplished, and we can move on to other business: “The earth has been filled, as anyone looking at our population and its stress on our available resources can attest.”

After suggesting fertile couples are destroying the planet, she weirdly concludes by comparing the decision on whether or not to have children with the choice between a condo and a house. “We all craft individual lives for ourselves,” she writes, “each of us fulfilling distinct roles in this world.” To expect every couple who marries to be open to having children is to expect every Avenger to be Hawkeye. And where would earth be then, hmm?

Certainly not where it is now. So far from childlessness “not being considered a valid option,” fertility is at an all-time low in the United States. The Centers for Disease Control and Prevention reports that the birth rate last year fell for nearly every group of women of reproductive age. We are now well below replacement rate—the number of children each woman must bear on average in order for one generation to succeed another without shrinking.

According to a recent Pew Research poll, young Americans today are less likely to be married than any prior generation at their age. A half-century ago, nearly 80 percent of the “silent generation” who had attained marriageable age had tied the knot. Today, a pathetic 37 percent of my fellow millennials have done so. Instead, they’ve chosen to replace progeny with pets.

Even secular publications are running articles admitting that millennials have gotten a little weird about their dogs. Young adults simply prefer short-lived, disposable animals bred to unconditionally adore them, over children. They’re pouring their parental instincts and most fertile years into commitment-free proxies they can dress up and push around in carriages when they feel emotionally up to it, and leave locked in crates when they’re burned out and need a night on the town with friends.

Consider how obsessed we are with the full rainbow of sterile sexual perversions, and how a record percentage of young Americans identify with these intrinsically fruitless lifestyles. Consider that young, fertile marriages are treated as failures of ambition and self-actualization, especially for wives. Consider that a record percentage of young people approve of pornography and extramarital sex. Consider that Christian conferences in conservative, evangelical denominations are promoting “gay” orientation as a lifelong calling and identity, and that the ringleaders of these conferences are styling themselves as “prophets,” calling the church to abandon “idolatrous attitudes toward the nuclear family.”

Consider that over 60 million babies have been aborted in America alone since Roe v. Wade, yet two out of five mothers at the end of their childbearing years say they wish they’d had more children.

We’re not in danger of making an idol out of children or the nuclear family. We’ve already made an idol out of ourselves and our autonomy—both outside the church and in. The spirit of our age is undeniably childlessness—which, far from not being “considered a valid option,” is the default intent of more young, married couples than ever before in the history of the world.

In “The Screwtape Letters,” C. S. Lewis’ wily demonic undersecretary gives his apprentice advice on how to fool humans of every era into fighting precisely the wrong cultural battles:

We direct the fashionable outcry of each generation against those vices of which it is least in danger and fix its approval on the virtue nearest to that vice which we are trying to make endemic. The game is to have them running about with fire extinguishers whenever there is a flood, and all crowding to that side of the boat which is already nearly gunwale under.

Treading water in a culture that has severed every possible link between sex and children, between children and marriage, and now even between gender and sex—a culture that is treating dogs like babies and literally failing to make enough new people to replace itself—a whole cottage industry of Christian writers like Allison Barron have taken to the Internet to let us know that what we’re really in danger of is expecting everyone to have kids like Hawkeye and miss out on the heroic possibilities of life without children. She’s sounding the fire alarm, but what we really need are life jackets.

Don’t get me wrong. I’m not questioning childless couples’ obvious superpowers or ability to save the world. I’m questioning who will inhabit the world once they’ve saved it. 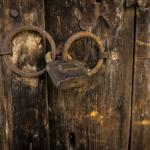 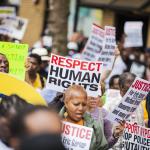 September 14, 2018 Why I Can't Sign the Social Justice Statement: Biblicism, Individualism, and Half a Great Commission
Recent Comments
0 | Leave a Comment
"I can't come to terms that you believe The Roman Catholic Church preaches and teaches ..."
Charles B55 Christians’ Complicated Relationship with Experts
"Haha enjoy the Prime series then. Eat your manly heart out."
Leila Marshy ‘The Wheel of Time’ As a ..."
"That was my experience, too. (I was 8.) It was less scary to ask the ..."
Michael Bates The Real Reason Evangelicals Don’t Baptize ..."
"Falls Creek usually produced lots of teens rededicating their lives, although there were a few ..."
Michael Bates The Real Reason Evangelicals Don’t Baptize ..."
Browse Our Archives
Related posts from Troubler of Israel

CDC director admits COVID-19 response “did not reliably...
“For 75 years, CDC and public health have been preparing for COVID-19,...
view all Evangelical blogs
What Are Your Thoughts?leave a comment
Copyright 2008-2021, Patheos. All rights reserved.
Close Ad