The Triple Evils & The Prophetic Cure

For Friday Prayer, I went to  Masjid in the West End of Atlanta that belonged to the community of Imam Warith Deen Muhammad. There, the Imam passionately spoke about his teenage years in which he was vehemently opposed to Dr. King Jr., viewing him as an “Uncle Tom” s who tried to pacify the black community through his message of turning the other cheek.

Having  been fed up with lynchings, black codes, Jim Crow laws, and other nefarious tools utilized to inhibit black social mobility, the Imam said he was captivated by Malcolm X and more radical black movements. It would not be until he grew much older that the Imam said he began to truly appreciate  Dr. King for the sacrifices that he made, the courage that he possessed to withstand brutality, and his willingness to abide by his non-violent principles.

“While I strongly disagree with their separatist black supremacy philosophy, I have nothing but admiration for what our Muslim brothers have done to rehabilitate ex-convicts, dope addicts, and men and women who, through despair and self-hatred, have sunk to moral degeneracy.” The words and images of Martin Luther King Jr., Malcolm X,http://www.unmc.edu/news.cfm?match=149

As a Black Muslim, I believe that many of our criticisms of Dr. King are actually criticisms of the watered-down, sugar coated package of King’s philosophy  often handed to us by the white media.  There has  been a right-wing co-option of Dr. King in which his entire philosophy is reduced to a segment of the I Have a Dream.  An often intentionally neglected element of  Dr. King was his profound critique of the triple evils of racism, poverty, and militarism.

Dr. King believed that the triple evils “are interrelated, all-inclusive, and stand as barriers to our living in the Beloved Community.” In examining King’s critique of the triple evils, we will begin to see how our Prophet, peace be upon him  and the way of life that was revealed to him,  embodied this struggle against the triple evils.

Dr. King told us that he envisioned a society in which people would not be judged by the color of their skin, but by the content of their character. The Qur’an was intended to bring about this vision. Islam is the faith whose holy book says the diversity in human skin complexion is a sign of the Creator, the faith which emancipated Bilal Ibn Rabah (RA) and placed him on top of the Ka’ba, and whose final Prophet, Peace Be Upon Him, unequivocally condemned racism in his final sermon and who repeatedly worked against this evil throughout his blessed life.

Dr. King told us “a nation that continues year after year to spend more money on military defense than on programs of social uplift is approaching spiritual death.” Islam is the faith that prohibits aggression, whose holy book teaches us that we should not fight wars for materialistic accumulation of temporal goods and wealth, and whose Prophet upon marching into Mecca victoriously exemplified mercy by granting amnesty to his former persecutors and even bringing them within the fold of the social network, telling them, “There will be no reminder of your injustices and violations. Go, ye all! For you are free!” This Prophetic exemplification of mercy  counters the common militaristic attitude that is always in search of revenge.

Dr. King asked the question as to why there are 40 million poor people and boldly expressed that in light of this”you begin to question the capitalist economy.” Our Noble Qur’an gives us several practical steps to address poverty through the obligation of zakat,  the prohibition of usury and  spiritual incentives that warn us against hoarding wealth. Fighting for Economic justice is a strong component of our faith; the Qur’an tells us “wealth may not remain circulating among the rich.” Both the Prophet Muhammad(PBUH)  and the rightly guided Caliphs, implemented several policies to successfully tackle poverty.

The no-tolerance policy that Islam takes towards poverty is strongly demonstrated through a statement of the   fourth Caliph, Ali Ibn Abi Talib(RA), who told us, “If poverty were a man, I would have slain him.” In Muslims actively  working to challenge these triple evils in our daily lives,  we will become closer to the ethics that the Prophet(PBUH) and his companions stood and fought for. In fact, if we are truly practicing the tenets of our faith by seeking to emulate the example of the Prophet Muhammad (Peace Be Upon Him), we must also be working to eradicate militarism, poverty, and racism. 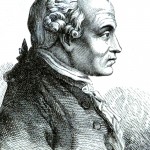 April 28, 2016
Is Kant better than the Qu'ran? A Black Muslim response.
Next Post 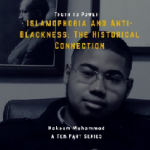 May 11, 2016 Islamophobia and Anti-Blackness: The Historical Connection pt. 1
Recent Comments
0 | Leave a Comment
Browse Our Archives
Related posts from Truth to Power