Muslims played an integral role in working to uplift the lives of black people and unapologetically indicted structural racism. Powerful figures such as Malcolm X frequently indicted Christianity in the subjugation of African people and its co-option to uphold white supremacy. The confidence of Muhammad Ali worked to instill within ordinary black people the pride of being black in a society that taught them to hate themselves. In addition to that, the Hon. Elijah Muhammad established actual institutions and business enterprises within black communities aimed at materially improving the lives of black people. This is what made Islam attractive to black Americans.  Islam had such a positive impact on Black Americans that Imam Warrith Deen Muhammad states  his father changed  the entire religious landscape in America noting that in the post-slavery era, African-Americans were nearly 100% Christian.

In response to the indictments of Malcolm X’s critique of Christianity and the black pilgrimage to Islam, Black Christian theologians began observing how they were losing members of their congregation to the Mosque.  As  a result, they articulated how the tenets of Christianity could assist in the black liberation struggle in America. As a result of this intellectual inquiry, several black Christian theologians from Cornell West, Jeremiah Wright, Andre E. Johnson and many others have been at the forefront of using their faith’s traditions in the fight for the liberation of black people.

For many reasons, I believe the term “Islamic liberation theology” is redundant. Islam calls for us to submit to the divine creator of the universe who mandates that we challenge oppression and rectify social injustices in society. Islam is inherently a liberatory theology. Unfortunately, I do not believe that we are fully living up to our faith tradition’s to uphold black liberation in America and this is having dire consequences. Islamophobia is rampant in America and is sadly even growing within within segments black communities as a direct result of Afrocentric intellectuals in the black conscious community who have been spreading the idea that Islam is just an “Arab slave master religion” which is inherently anti-black. I believe that Muslims have no one to blame but themselves for this grotesque misrepresentation of their faiths. No one would dare utter such statements when powerful Black Muslims such as Malcolm X were on the scene and when black Muslims had such a strong community presence.

After all, have Muslims been engaging with the black conscious community telling them of the glorious story of Summaya(RA), a black woman who was the martyr for Islam? Have Muslims told the story of Washi Ibn Harb(RA), an Ethiopian man who was actually bribed by his “Arab slave master” to actually violently oppose Islam? No. Instead, we have islamic conferences in suburbs, interfaith dialogue that centers white Christians,  and most of the time many Mosques have irrelevant khutbas that completely ignore the plight of black people.

I recall as a young Muslim seeking to expand and grow in my Islamic knowledge I eagerly attended a Masjid that was located in “the hood” for a halaqa. The brother giving the halaqa began discussing the distinction between minor forms of shirk and major forms of shirk and covering texts from the scholar Ibn Tammayya(RA). All of that was great and I was really learning. However, he soon began issuing a warning against “Sufism” and warning against a practice known as “tasawwuf”. At that particular time, I legit had not the slightest clue what “tasawuf” even was but the brother seemed very outraged about it. He claimed tasawwuf was practiced in areas such as Senegal but was creeping into American Muslim communities and that we should all be advised to say away from such people. At that time, I was thinking to myself we have all of these problems in the black community from drugs, gang violence, poverty and his focus is on something he calls “tasawwuf”?

My question is : If I were to invite some brothers in the hood to this Mosque, what could you teach them that would actually make a real difference in their lives and connect with them? You want to talk about the Sunnah? Let’s talk about how principles embodied in the Sunnah can help young black men trapped in the ghetto can them make a moral reformation in their lives and change their social conditions?
To prevent any potential misinterpetation of my words, let me make this clear: I have nothing but the highest level of respect and reverence from the classical scholars of Islam. I simply believe that if you are teaching in a Mosque in a black community replete with social problems emanating from poverty, gang violence, drug addictions, if you are going to teach their scholarship, then you should articulate it in a manner that it works to uplift the community that you are in and motivate them to fight oppression. You need to be relevant to the community that you are in.
After all, this was the spirit of our great brother Malcolm X. Upon leaving prison and entering the Mosque for the first time, Malcolm X said he was upset that there was any empty space in the mosque with the surrounding filled with brainwashed black brothers and sisters fighting, using profanity, abusing drugs, fornicating, and tearing down their communities.

Subsequently, he went outside of the Mosque, up and down Detroit’s ghettos to discuss how Islam would improve their conditions as black people. I’m sadly experienced situation in which upon seeing a brother out in the streets intoxicated from drugs or alcohol, instead of extending the brother a hand, i’ve witnessed Muslims simply refer to them as “kaffir” without any care for their well being. Imam Siraj Wahaj once stated:

I believe what is missing is that we have not looked at our own tradition for liberation.   This is particular sad when one considers how truly rich the Sunni tradition is for a roadmap to turn for our liberation. During slavery, Black Muslims from Brazil launched one of the most successful slave rebellions in history.  In Jamaica, Black Muslims played an intergral role in the formation of maroonage societies operating based upon prophetic precedence.  As Muslims, we need to look deeply in our faith’s rich traditions and began producing islamic content that actually speaks to our realities as black people and is rooted in our history as black people.

What deserves deep attention is the Hon. Minister Louis Farrakhan’s critique of the inability of eastern Islamic scholars during the period of 1975-1979 to teach black folks Islam in a manner that would encourage them to continue to struggle for their liberation. Farrakhan states,”They were satisfied only if you said your prayers and read the Qu’ran in Arabic, they didn’t know what to make of you black people other than that. But Islam is not just to make you an Arabic reader of the Qu’ran, it is to bring you back to what you were… So you just go to the Mosque to pray, read the Qu’ran, but you are not developing the powers of your own being to change the reality of the world. ”

The Hon. Minister Louis Farrakhan is saying blacks who were learning the rituals of the Islamic faith and the Arabic language were not regaining a “knowledge of self” to advance the social, political, and economic conditions of black people. Essentially, Islam ceased being a liberatory theology active in advancing the liberation of Black Americans. We need to rectify this.

We need to draw from the good of the message that various black Muslim leaders, thinkers, and activists taught us.  In the last interview of his life, Malcolm X said he wanted to set up Islamic centers in every black inner-city in America. While Islamic revivalist movements such as Saudi Arabia exported Salafism and Tablighi Jumua’h largely pushed blacks toward the periphery, the Hon. Minister Louis Farrakhan was the only black Muslim thinker who posited a theory of islamic revival that centers black communities.   Additionally,  Dr. Sherman Jackson has described white supremacy as the beginning of modern day shirk, Imam Jamil Al-Amin and Imam Siraj wahaj showed us how drug infested communities could be turned around. Imam Warrith Deen Muhammad taught us the importance of looking to our own tradition to combat social injustices. We have much to look to.

We need Khutbas rooted in our experiences as the descendants of slaves forcibly brought to the western hemisphere. We need to draw upon the spiritual wisdom of Islamic scholars such as Licutan who organized slave revolts. What can Mansa Musa, a black Muslim, who happened to be the wealthiest person in the world teach us about economic development and doing for self?  We need to draw upon the wisdom of our ancestors in West Africa such as Nana Asmau, Muhammad Bello, and Uthman Dan Fodio. We need to be mass producing Islamic content that articulates how principles in the Sunnah can inspire black brothers and sisters in the most marginalized areas to morally transform their lives, make it out the ghetto and be inspired to come back and build their communities.

We need to be the in housing projects and ghettos across America working to transform such communities into model Islamic communities. We need to be telling our people about the Sunnah of Prophet Muhammad, peace be upon him. Mosque within inner-cities cannot merely be places that one goes into for worship. They need to be at the the center of community organizing, development, and black liberation. In the spirit of Muhammad Ali, black Muslims must  look at their theology in order to throw jabs, hooks, and uppercuts  at white supremacy.   Otherwise, Islam will be seen as a foreign religion with no relevance to Black America. 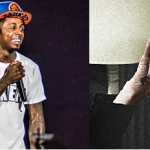 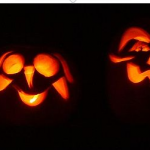