The organization “ACT for America” organized several anti-Islam rallies across the United States, June 10,  based upon the theme of “Stop Sharia Now.” The organization states its mission is to inform the public as to what exactly sharia is and, “how it is creeping into American society.”  At the core of these demonstrations is the belief that Muslims are seeking to impose Sharia law in America.  Also, at the core is their desire to eliminate Islam in America.  Allow me to caution them with history.  From the words of Abdul Akbar Muhammad, “Many have tried, all have failed”.

However, I digress. What is most worthy of analysis is how white Americans in cities big and small came out to protest the potential hypothetical implementation of sharia law in America.   Something which has not happened nor is even remotely likely to happen has created fear in these Americans.  Yet this same group remains silent and unresponsive as Black Americans continue to suffer socially, economically, and politically as a direct result of the actual, not hypothetical, Black Code and Jim Crow Laws imposed by white supremacy.

The fact that there is no ACT for America Against white supremacy, there are no white people organizing protests or demonstrations against racism as they are at these “anti-sharia” demonstrations, only goes to show how complicit and culpable white Americans continue to be in maintaining the system of white supremacy.   Yes, there were reactive counter protests to the anti-sharia demonstrators which is commendable. Yet, the lack of  proactive protests against the continued legacy of jim crow laws only demonstrates how the defacto system of white supremacy we live in today is taken for granted.

If anyone should be protesting the imposition of oppressive laws: it should be Black Muslims and Black folks in general. For not only has America imposed oppressive laws upon Black people in the United States, but the reach and power of white supremacy also known as colonialism has been integral in the racist judicial systems imposed upon Black people and others across the globe.

The Global Imposition of Eurocentric Law: Where is the Protest?

European colonialism led to the direct destruction of several Black Muslim societies, such as the Sokoto Caliphate, Kingdom of Jolof, Bornu Sultanate, Sultanate of Damagaram, and Zeila. The secular enlightened France, upon colonizing Muslims in Senegal, executed and banished local Islamic scholars and  passed a myriad of discriminatory laws on the indigenous people. They even  outlawed their ability  to make Hajj, their religious duty.

An essential element of anti-sharia protests is the notion that Islam is opposed to women’s rights. Yet, In pre-colonial West Africa, Nana Asmau, a woman scholar of Islam fought to expand  education to women throughout West Africa. Asmau was a scholar in the Maliki school of Islamic jurisprudence and a highly influential and powerful leader in her society.  Historian Jean Boyd writes in, One Woman’s Jihad: Nana Asma’u, Scholar and Scribe  that within Islamic West Africa, “To deny women equal opportunity to develop their God-given talents was to challenge God’s will.”  How was such a progressive society in which women could freely pursue education and learning destroyed?  The British Empire dismantled the civilization of Sokoto, and upon imposing crown law upon the indigenous people, women were denied the right to own property, a right which was guaranteed to them by Islam.

In another textbook case of the damaging impact of unjust laws occurs in the biography of Phillis Wheatley, renowned for being the first published African-American poet. As the forebear of African-American literature, her distinguished works were read worldwide even by heads of states. Yet, there has been a dark secret about the life of Phillis Wheatley. From her geographic origins emanating from Gambia, to her ability to write Arabic as a young girl, to her most likely ethnic background being Fulani, Professor Will Harris, an independent English literature scholar, writes that the “progenitor of African-American literature probably was Muslim.”

However, upon being kidnapped and brought to America against her will: she was forcibly converted to Christianity.  While contemporary Islamophobic discourse often promotes the idea that Muslims imposing “Sharia Law” upon others leads to widespread barbarity and  the oppression of women, history proves otherwise.  On the contrary, Ms. Wheatley’s life is proof positive that “Eurocentric Law” was violently imposed upon her and the millions of other Muslims captured in the Trans Atlantic Slave Trade.

The first text of Islamic Law in America was actually written by an enslaved African, Bilali Muhammad in the 1800’s.  According to Firas Alkhateeb in his piece The First Muslim American Scholar:  Bilali Muhammad, “He wrote a copy of  passages from a treatise on Islamic law in the Maliki madhab written by a Muslim scholar of fiqh, Ibn Abu Zayd al-Qairawani in Tunisia in the 900. The Risala of Ibn Abu Zayd was a part of the West African law curriculum prevalent in Bilali’s homeland in the 1700s when he was a student.”

Yet due to the repressiveness of slavery Africans were denied the ability to practice their faith.  But Bilali Muhammad left us something to remember him by.  “As a well-educated Muslim from West Africa, Bilali no doubt brought his Islamic education with him to America. This is evidenced by a thirteen-page manuscript he wrote and gifted to a southern writer, Francis Robert Goulding, before he died in 1857.”

​In her book, “Servants of Allah: African Muslims Enslaved in the Americas,” Sylviane A. Diouf writes that enslaved African Muslims entered into, “a White Christian world determined to wipe out any trace of ‘paganism’ or ‘Muhammadanism.’  The  legacy of this religiouscide is the reason why Black Muslims should really be the ones protesting the barbaric imposition of Eurocentric law upon their forefathers.

Anti-Sharia law protests are not driven by a serious concern about barbaric judicial systems nor violations of human rights but are part and parcel of a continued racist demonization of  Muslims.

If we are to be seriously concerned about barbaric law systems,: look no further than White America and how its legal system has continued to uphold white supremacy. For example, in a comprehensive study of death penalty convictions, Richard C. Dieter,  discovered that ,”Race is more likely to affect death sentencing than smoking affects the likelihood of dying from heart disease.” Black people continue to be disproportionately sentenced to death for no other reason than the fact that they are Black.  Another study discovered that Blacks on average are given tougher prison sentences than White Americans for the same crime under  the same circumstances.

In every facet of the judicial system of America from arrests to sentencing, Blacks continue to face discrimination and maltreatment, despite the passage of civil rights legislation.  All of the adjectives which islamophobes use to describe Sharia, “barbaric”, “primitive” and “savage”, are more fairly used to describe the judicial system of America in its relationship to Black people.

The fact that so many White Americans can protest against the hypothetical future imposition of Sharia law in American society is revelatory.  These same good Americans, however, have nothing to say or protest against the real, systemic, racist, anti-Black judicial system in the United States. This just goes to show how invested so many white Americans continue to be in upholding white supremacy. 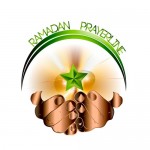 June 6, 2017
Hakeem speaks on the Ramadan Prayer Line.
Next Post

June 27, 2017 Who Decides Who Are Our Muslim Heroes?
Recent Comments
0 | Leave a Comment
Browse Our Archives
Follow Us!