The Absurdity of White Christian Islamophobes!

Anytime,  I hear a White Evangelical Christian ranting and raving about how Muslims belong to a violent, extremist, religion that spread by the sword based upon some propaganda they heard on Fox News or their friends, I just scoff. That’s because they are clearly projecting.

Within the field of  psychology, the theory of  projection is utilized to explain how humans defend themselves against their unconscious impulses and qualities by denying their existence in themselves and attributing them to others.  There is no stronger case of projection than in Islamophobic statements made by White Christians.

For example, prominent Evangelical minister, Pat Robertson asserted that, “Islam is a political system that is intent on world domination.”  That’s precisely how Christianity became the dominant religion of the Americas,  that enabled white Christians to exercise so much political power here.

Biblically inspired manifest destiny doctrines influenced the European conquest of the Americas. In one of the first American  acts of white Christian extremism, the land of Native Americans, “were entrusted by the Christ to the Pope” and a Christian religious verdict “provided justification for the dispossession of land and immediate enslavement of the indigenous people.” The descendants of radical Christian extremists can promulgate islamophobic tirades in the very western hemisphere that was taken from Native-Americans in an act of religious extremism..Pat Roberson’s show takes place on land which was stolen from Native-Americans in an act of religious extremism.

When Christopher Columbus first encountered the Taino Native Americans, he stated that they,”would easily be made Christians because it seemed to me that they had no religion.” In their efforts to enslave Taino Indians, White Christians not only killed men, women and children but cut some of their bodies into pieces with their swords and used them as dog food.  To this very day,  White American Christians continue to honor this white Christian terrorist leader every year in annual Columbus Day celebrations.

Further, The Catholic church and the Pope directly evoked the Bible to justify the enslavement of blacks and slave ships were named after biblical figures such as  “Jesus” and “”Solomon.”

Extremist interpretations of Christianity are not limited to  Catholics The Ku Klux Klan, a white protestant Christian organization utilized its interpretation of the Bible to carry out wanton acts of violence against Black people. An article in 1903 written in The Chicago Herald reads, “A Fiery sermon by a pastor was blamed today for the lynching last night of George White.”

The burning of a cross frequently accompanied the lynching of Black people. Explaining the religious basis of the  cross burning ritual, one Klansman stated that, “We also light the Cross, as a tribute to Jesus Christ in recognition of his sacrifice, and willingness to die for our sins.”

The Wrath of White Christianity

The entire world is suffering from radical interpretations that white Christians have of the Bible. Sadly,  Taino Indian do not exercise control of the media to constantly call for White Christians to reform their practice of Christianity and to become “moderates.”

The multiple enslaved Africans who were lynched in actions the Klu Klux Klansmen believed were biblically ordained  are not alive to call for white Christians to challenge their extremist practices.

After exterminating indigenous populations in multiple hemispheres of the globe, using the Bible to justify usurping and massacring indigenous peoples land, having Popes and Preachers religiously sanction the enslavement of Black people,  white Christians are in no position to moralize about Muslims. 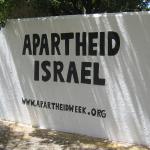 December 11, 2017
Israel: Bringing Apartheid To The Holy Land!
Next Post 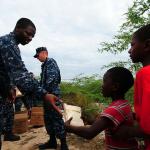 January 5, 2018 Imam Makandal and the end of White Power in Haiti!
Recent Comments
0 | Leave a Comment
Browse Our Archives
Related posts from Truth to Power