Lessons from Uganda: Live simply so others can simply live 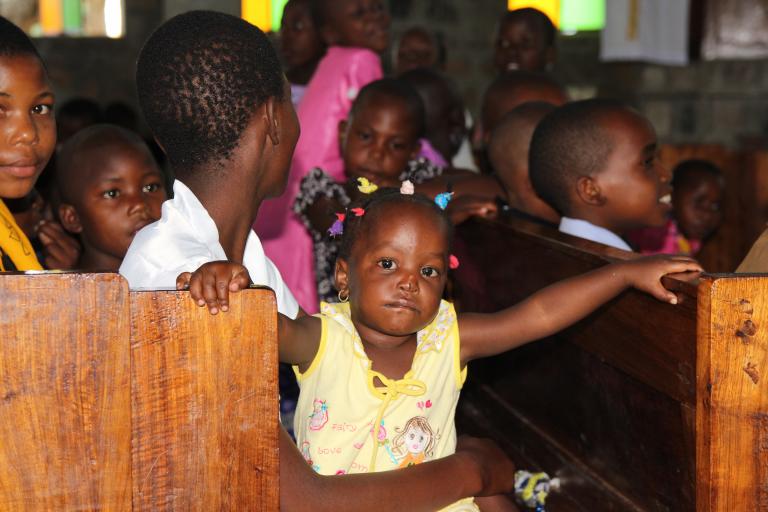 There are so many things Western churches can learn from our African brothers and sisters. Erik Strandness shares his reflections from a Ugandan pastor.

Unbelievable? featured an interview with pastor Richmond Wandera about the history of Ugandan Christianity and the cultural, political and theological challenges facing the growing African Church. It was a fascinating discussion that not only examined the regional challenges but also addressed the influence of Western Christianity both past and present.

Richmond Wandera was able to escape poverty and become a pastor thanks to Compassion’s child sponsorship programme. Unbelievable? are hoping to see 100 new children sponsored through the show.

Wandera pointed out that syncretism, the blending of African folk religion and Christianity, is a “massive problem” for the Church in Uganda. It’s a difficult problem because one needs to preserve traditional African culture and yet still make the case for why Jesus is the ultimate answer to their spiritual seeking.

Interestingly, the African people are probably more open to the gospel than the average Westerner because, unlike their skeptical Western brothers and sisters, they have no doubt that a supernatural realm exists and that this realm is intimately connected with the workings of the physical world. Wandera explained it like this:

Surprisingly, that which the early missionaries considered a third world problem has now become a first world problem because in their zeal to bring scripture overseas, Christian leaders failed to maintain biblical literacy on the home front. The West now has its own tribe of scripturally uninformed, yet largely spiritual people, who combine all sorts of spiritual practices into a postmodern folk religion. This tribe of “nones” requires a whole new evangelization strategy that we can only learn from our African friends, because the once unevangelized have now become the best evangelizers, the students have become the teachers.

If missiology taught us anything it was that we must first understand the language, stories and customs of a culture before we can make the Good News relevant. We won’t be successful if we bring pulpits and pipe organs to a culture that worships by sitting around a fire telling stories and beating drums. Is postmodernism any different? Our youth speak an entirely different language driven by emotions, feelings and personal experience so maybe we need another translation.

We cannot be so arrogant as to think that the gospel should only be read in “high” logic rather than in the vernacular of the postmodern. We must never make the gospel postmodern, but we need to present it in a way that the postmodern mind can understand. I have addressed this idea of a postmodern apologetic in another blog (Farming the Wilderness).

Wandera pointed out that many missionary mistakes were made when Christianity was introduced to the African continent:

“There were some errors made by the missionaries and sadly we are still paying the price for some of those errors that were made. When the missionaries came their statement was clear to those who would follow Christianity…Your drums are evil. Your music instruments are evil. When you come in here you use these hymn books. You stand in this way. Forget rhythm and dancing. Forget praise.”

So how do we respect cultural roots and yet still speak gospel truth?

Jesus is Good News to all of humankind, so instead of corralling in what divides us we need to make every effort to uncover what unites us. As Christians, we believe that Jesus answers a universal need, so we need to stop building vaults around the deposit of faith and start distributing heavenly treasure to those who are poor in spirit.

Wandera stated that the situation has changed over the last 30 years and the Ugandan people have begun to distinguish between “what was true Biblical Christianity and what was Western practice.”

Along with our African brothers and sisters, we are also called to reevaluate our Christianity and ask ourselves what constitutes a gospel minimum? What is it that unites us in spite of our cultural differences? A great place to start is to acknowledge that we all bear the image of God, and though we may display it in culturally different ways, deep down we are all the same.

We also need to recognize that this universal awesomeness is accompanied by an evil side which nearly all humans believe requires a spiritual remedy. Religion therefore isn’t a salve but a solution, so when we present the gospel we need to make it clear that Jesus answers this global problem. If we are to be successful, we need to build the gospel message on common ground and not construct it from a Western blueprint.

Interestingly, Wandera pointed out that apologetics has become more important in his country because many Ugandan young people have exceeded the educational level of their pastors through schooling and the internet and imported modernist and postmodernist questions about their faith. While many skeptics have appropriately raised concerns about the historical evangelization efforts of the Church, they must also ask themselves if their own secular ideas might destroy the rich African culture.

One of Wandera’s ministerial tasks has therefore included equipping pastors to answer the questions raised by the skeptical West and he credits Unbelievable? as an important resource in this educational process.

Prosperity: How Much is Enough?

In addition to external secular challenges from the West, the Church in Uganda has also had to contend with an even greater internal challenge, the prosperity gospel:

“The most lethal messages that have come from the West to the African space has been the prosperity gospel…The prosperity gospel is attractive. It’s the kind that I would characterize as that which people’s itching ears want to hear.”

Prosperity preachers tell the people that they should want more, but sadly that “more” isn’t Jesus, but material possessions.

Wandera said that his criticism of the prosperity gospel is often met with resistance from within the Church because pastors see it as an effective way to grow the body of Christ. He, however, recognizes that when you encourage believers to gain the whole world they will end up forfeiting their souls.

I find it quite interesting that those from comfortable Western churches often make a one-or-two-week trek to the African continent to bring the gospel and serve the people but then find themselves humbled by an even more powerful Christianity. My wife and daughter encountered this on a mission trip to Uganda.

They saw people who had very little by Western standards expressing more joy than they had ever encountered. They met a generous people sharing what little they had. They observed a people who worshipped for hours and never once considered complaining about a particular praise song or scolding the pastor for a sermon exceeding 30 minutes.

It’s fascinating to see well-intentioned Western Christians, who think they are bringing gospel riches to the needy, end up being humbled by the poverty of their own Christianity.

Kay Warren, wife of pastor Rick Warren, wrote about her time in Africa in her book, Dangerous Surrender, and shared the thoughts of her friend Elizabeth who described their experience as being “gloriously ruined.”

“Giving financially loosens the grip of materialism and selfishness that we all struggle with, but it can be a way of quieting our conscience while keeping our distance from those in need…You won’t become ruined by sitting in your living room – you might become disturbed, but you won’t be ruined.”

The experience of being “gloriously ruined” is captured in the emotion we feel when we read the Biblical story of the poor widow who put everything she had into the treasury.

“Calling his disciples to him, Jesus said, ‘Truly I tell you, this poor widow has put more into the treasury than all the others. They all gave out of their wealth; but she, out of her poverty, put in everything—all she had to live on.’” (Mark 12:43-44)

Wandera, in his desire to provide an antidote to the poison of the prosperity gospel, seeks to reclaim the proper spiritual understanding of prosperity as sacrifice. He explains:

“Some things are happening in Africa that I think the world would do well to pay attention to and possibly even learn from. People are more generous than we think. People have potential for good, a sacrificial kind of good that would blow your mind away. During this COVID period we mobilized the Church and talked about how the Church is to respond in times of crisis and in terms of suffering…People who had very little to live on were able to share the little they had with the Church, so the Church could bring that food to communities and people who needed it the most. A poor person giving from the little they have to someone else who is in great need.”

It is so much easier to write a check to the Union Gospel Mission than go there and physically serve. When God extends His hand to greet us at heaven’s gate, I doubt He will be very impressed with our stories of the hand cramps we suffered signing donation checks; rather, it will be the rough calluses of a life of service that will bring a smile to His face.

Love in its most potent form is sacrificial agape love. Wandera summarized his message this way:

I had the honor of sponsoring the medical education of a young Ugandan man named Abraham. He graduated with his medical degree and now serves the health needs of his community. While the resources at his clinic are severely limited he is the most joyous and caring young man I have ever encountered. The educational opportunity that I helped fund didn’t transform him into an intellectual elite but made him a more compassionate servant.

Wander said that “potential is everywhere but opportunity isn’t” and pointed to the powerful work of Compassion International in transforming the lives of his fellow Ugandans. Our missiology should therefore begin with a vision of all people as image-bearers with unlimited potential.

If we bear the image of God then it seems to me that revealing that image to the world would be the most powerful evangelistic strategy of all. So, let’s stop making others conform to our image and instead give them the opportunity to unlock their God-given potential because once they reveal the unique way they have been knit together they will also make known the One who fearfully and wonderfully made them.

Listen to Richmond Wandera on Unbelievable? 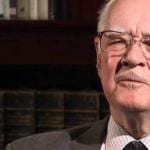 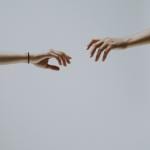 March 22, 2021 My brother's death made me an angry atheist. But kindness made me a Christian.
Recent Comments
0 | Leave a Comment
Browse Our Archives
Related posts from Unbelievable?