My brother’s death made me an angry atheist. But kindness made me a Christian. 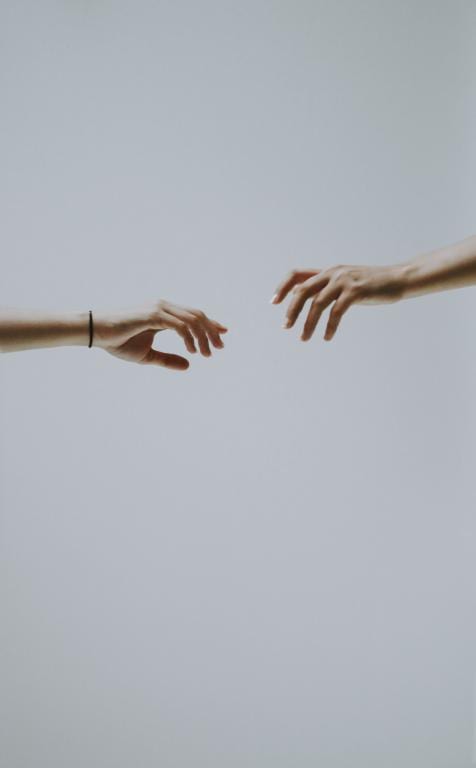 There are many things that cause people to question God’s existence. The presence of suffering in the world and our own lives is often a key factor. This was the case for Mike Arnold who lost his faith at the age of 7.  Jana Harmon, whose PhD research is in adult conversion, tells Mike’s story of losing his faith and then rediscovering it years later.

Mike became an atheist when he was 7 years old. My intuition told me that something significant must have happened in his life to have him turned against God at such an early age. After we settled in at an English coffee shop across from the train station, I quickly moved the conversation towards his story and his curiously precarious childhood. It didn’t take very long before his tragedy poured out:

“And I remember my 11-year-old brother walking out of the house and he was on fire. And they put him out, put him in the ambulance and I sat at his feet. I was sent to church the week after and the minister said: ‘Come and we will pray’ and I ran away. I said: ‘If that is what God has done to my brother, then I don’t want anything to do I with it’ and I became an atheist.

“My younger brother survived for five days and then died. He had third degree burns over 90 per cent of his body and it was probably a blessing that he did die. But I could have nothing to do with religion. I became an atheist.”

That moment I paused, set my tea cup on the table and said: “I’m so sorry about what happened to you.” It felt as if we could not move forward without duly recognizing Mike’s pain and loss. What a strange thing it is upon first meeting someone to know their most acute and personal misfortune in the first five minutes, the traumatic event upon which his next two decades fed upon and fuelled.

One moment, a stranger. The next moment, a friend. Sometimes it is easiest to reveal yourself to a person unknown and yet safe. I was thankful for his clear, revealing account and the immediate trust shared between us.

For Mike, God was not good, not worthy of his belief. Even more than that, not worthy of anyone’s belief. His childhood tragedy triggered a path of depression and guilt, suicide attempts and contempt towards all things religious. He possessed an expressed hatred towards God, religious places and people. Confused and anguished by his shocking childhood ordeal, Mike questioned and challenged:

“If there is a God, if he is so powerful and benevolent, why does all of this rubbish happen? Those are the weapons I would use to shut down or disarm Christians or other religious people. I wouldn’t bother with anything religious at all. Wouldn’t go to a church whether it be a funeral, even though it would be a huge insult to the family. I would stand outside. I wouldn’t go. If there was someone getting married in the church I would stand outside. I wouldn’t go into the church. I was just not interested at all.

“As far as I was concerned it was all rubbish. And I was not slow in telling people that’s what I thought. That’s how anti-religious, in particular to Christianity, I was. I saw Christians as very judgmental who wouldn’t listen to anything I would try to say. They would just shoot me down. ‘We’ll pray for you.’ And that would be it. I don’t want them to pray for me. Don’t even try praying for me. Whenever I encountered religious people, I almost became evangelistic towards atheism. I would argue with them. That’s how I lived my life until I was 26. 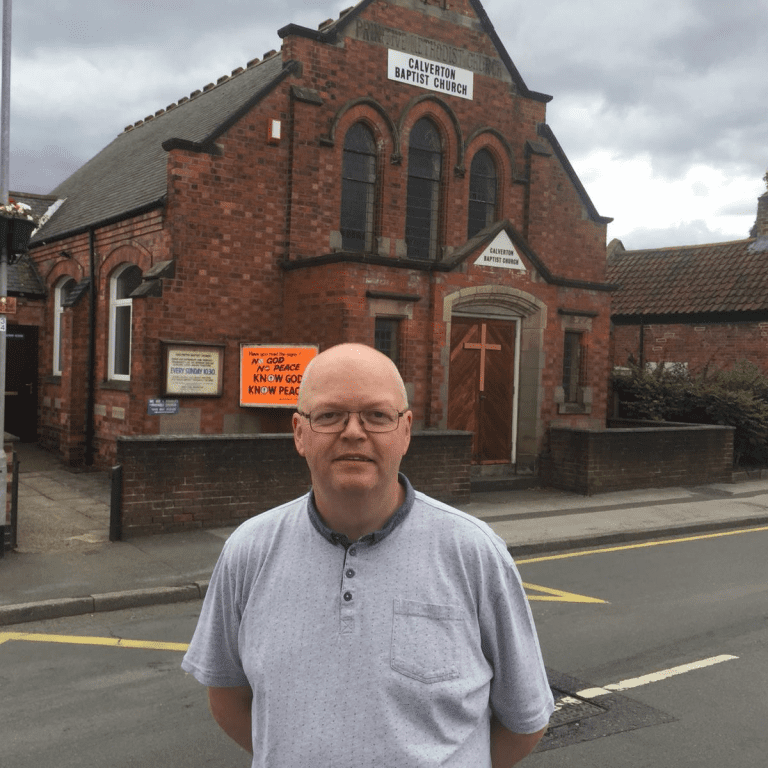 A Spanner in the Works

I sat there listening to his story wondering to myself what it would take for Mike or someone like him to change, to become open towards the possibility of God again, of the Sunday school Jesus who loves him. He was a militant atheist. Disbelief fuelled through emotional pain soon became clothed in rational armour. Atheism was the intellectually superior view and no one could convince him otherwise. Until Mike’s wife moved from agnosticism to Christian faith. Her newfound belief in God only served to isolate and anger him even more:

“Her whole personality had changed. She was far more upbeat, happier, her whole countenance. She was far more smiley. She was not as argumentative, not as assertive. It was like being married to a total stranger. It caused an awful lot of problems for us. She used to go off to prayer meetings and church and she would walk right back into an argument. It nearly broke our marriage. It was that way for about nine months.”

Meeting his wife’s Christian friends for the first time, he anticipated a heated exchange. Instead, he was surprised by their warm hospitality, their genuine offer of friendship, valuing him as he had never known. His emotional anger suddenly deflated like a popped balloon. He recounts their first meeting:

“One night I came home from work around midnight and she called from a friend’s house asking if I could come get her. By the time I got there, I was absolutely seething. Had anyone mentioned Jesus I would have lashed out at them. I was mad, fuming. I wasn’t interested in what they had to say, I just wanted to shoot them down in flames.

“I was ready for it…I walked in where she was with a couple of Christians and they asked: ‘Would you like a cup of coffee?’ and it immediately disarmed me. I wasn’t expecting it. I was ready to erupt. They offered me a cup of coffee and they sat there and talked to me like I mattered. And they didn’t talk about God or Jesus. They just talked to me like I was human. They welcomed me into their home. They listened to what I was saying.” 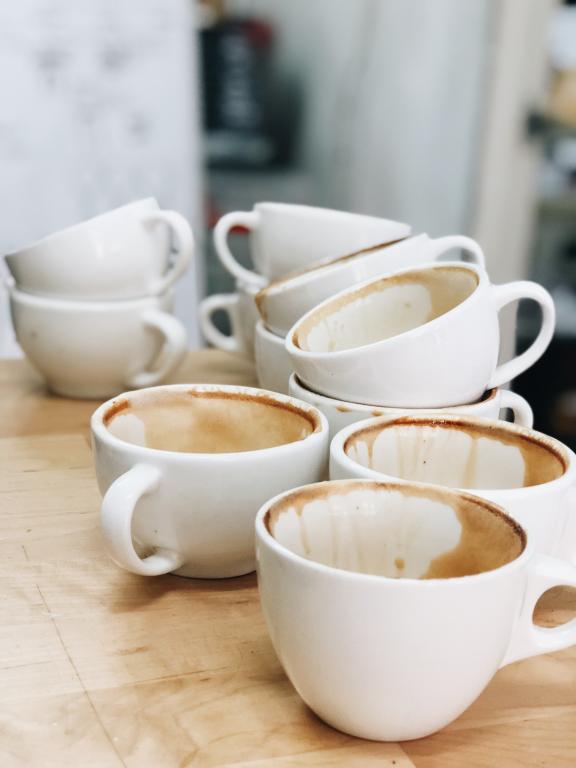 Mike had not merely alienated himself from anything and anyone religious, but pushed and pressed away from most relationships. Their personable, caring conversations with him left him wanting for more. He said: “I kept going there because I was intrigued by these people who were Christians.”  Over several weeks, his walls began to erode as he was continually welcomed in love and acceptance.

After a month of going back and forth, he started talking to them and questioning them. For the next six months he went on a daily basis and would talk about Jesus, the Bible, Genesis, science and other issues.

They gave substantive answers to his objections. After exhausting all of his questions, his Christian friend said: “What are you holding against God? Would you mind if I prayed for you?” Reluctantly, Mike agreed. But, something profound occurred in and through that prayer. He found peace that he had never known. Explaining his utter surprise at this turn of events and emotions, Mike said:

“I woke up the next morning and I felt like I was floating on air. I was so peaceful. It was unbelievable. And I went over to try to argue with him and I couldn’t. I didn’t have any questions. It was a strange thing. After a couple of weeks he asked how I was doing. I said” ‘I can’t explain it. I feel really peaceful.’ That night, I went home and I said to the Lord: ‘If you are really there, Will you sort me out?’ That was 18 years ago and I’ve been a Christian ever since.”

Peace remained. Mikes’ arguments against God lost their weight. He had nothing left but to surrender and accept this offer of grace and peace that was granted him. With an extraordinary life change, Mike now spends his time serving his town as a community pastor, explaining,

“The vast majority of my job is now working with unchurched people – people who have never been in a church before, people who tend to be agnostic. And, I work out of my own experience and my own pain, meeting them where they are and only talking about my faith when they want to.”

Mike understands the depths of pain and darkness and ministers to those who are emotionally hurting from a personal place. He also understands the intellectual depths and spiritual riches in Christ. His is satisfied, living in a way that others may know and feel what he has found.

The Goodness of God

With the teapot empty, I left the coffee shop with fresh hope in the possibility of life change and renewal. Deep hardness, resentment and pain can be dissolved with genuine love, compassion, valuing, and care. Damaged, distraught, inward-focused souls can be repurposed towards generous, other-centered living. Doubting, resistant minds can find objective truth and substantive answers to the questions of reality and life.

At least in this case it was. For Mike, God is good after all. At the end of our conversation, it felt like seeds of transformation were not only sown in the story teller, but were being planted in the listener as well.

You can hear more from Jana Harmon on Unbelievable

About
Jana Harmon is doing PhD research on adult atheist conversion to Christianity and presents the ‘Side B Podcast’. You can read more about the author here.
Previous Post 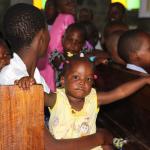 March 18, 2021
Lessons from Uganda: Live simply so others can simply live
Next Post 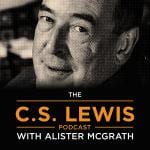 March 25, 2021 Love C.S. Lewis? You'll love our new podcast about him with Alister McGrath
Recent Comments
0 | Leave a Comment
"This man is proof that Luthers concerns about the book of Hebrews were warrented. [Heb ..."
markd4lyph Reconstructing faith – a deconvert returns ..."
"https://www.insider.com/mlk...Do your home work."
ThinkTank Ravi Zacharias: Never confuse charm for ..."
"Correct, there are no absolutes regarding morals, but many common ones like smashing babies against ..."
WayneMan The surprising facts about why atheists ..."
"Where is the irrefutable, falsifiable, evidence that the 'god' of the so-called 'bible' actually existed? ..."
David Cromie Professor NT Wright on whether the ..."
Browse Our Archives
Related posts from Unbelievable?