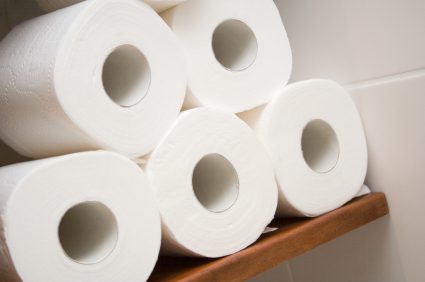 Whether or not you have seen those commercials, you may be wondering what all this has to do with comparing religions. We tend to compare religions as if they are different brands of bathroom tissue: which is the softest?

All too often we load the discussion on comparing religions based on what facet or feature we find most endearing, such as softness, while ignoring the “selling points” of other traditions. But who said “softness” is the essential quality? I can think of bathroom tissues that may be soft, but not durable. Durability is also a quality to consider, as are economy and disposability (it won’t clog the toilet). There are all kinds of bathroom tissues that can get the job done.

By no means am I advocating for that form of religious pluralism, which claims that all religious traditions are more or less equally true and get the job done—that is, make eternal life accessible. In fact, not all religions or spiritual paths view their role as making salvation or eternal life with God available to people. Some emphasize a this-worldly orientation of living virtuously as the ultimate end, and apart from consideration of a transcendent, personal deity. What I am advocating for is to be careful about pre-loading the discussion on comparing religions based on factors that we prize and as a result prejudge negatively other “competing brands.” We need to guard against squeezing various traditions into what we as marketers spin and consumers demand that they deliver.

In keeping with guarding against pre-loading the discussion with prejudgments that skew open, honest consideration of various religious paths, I think it is very important that we guard against looking at religions as brands, like toilet paper or toothpaste. Unfortunately, in our current consumer-capitalist society, this is exactly how many people approach religion(s). Lesslie Newbigin has written about the free market transformation of religion in this way:

Different religious traditions lose their capacity to be the binding element of societies and become instead mere options for religious consumers to select for their own private reasons, reasons which are not to be argued about. Thus “democratized,” religions enter the marketplace as objects of subjective choices in much the same way as brands of toothpaste and laundry soap. {Lesslie Newbigin, “Religion for the Marketplace,” Christian Uniqueness Reconsidered: The Myth of a Pluralistic Theology of Religions, ed. Gavin D’Costa, Faith Meets Faith Series in interreligious Dialogue (Maryknoll, NY: Orbis Books, 1990), 152.}

We tend to preload our comparisons of religions with democratized, privatized subjective preferences rather than approach religions based on what are considered to be ultimate questions about truth and morality, such as, “Is what I am studying and believing and choosing true and right, or is it a matter simply of personal preference and private opinion?”

In preloading our comparisons of religions, we also often bring assumptions about other religions to the table that are framed by our own traditions’ values. These assumptions and perspectives can distort or misconstrue what the adherents of other religions say about their traditions, or can simply be misinformed. By opening ourselves to truly inquisitive conversations with the religious other we refine our presuppositions so that we can engage more meaningfully in comparative analysis.

We need to be sensitive to how the various religious traditions (not brands) approach questions of truth and morality. In no way does such sensitivity convey a movement in the direction of relativism, but simply a listening ear and desire to hear the other tradition(s) out as to how they approach questions of truth and morality, grace and mercy, among other qualities and values. In the end, Christians may be right or wrong about what we believe. The same goes for Buddhists and Muslims, for example. But let’s not preload the conversation with subjective preferences and prejudgments as to which religion we find the softest, as if that settles it once and for all.

For example, I often hear Christians say that Christianity is the only religion that teaches grace. That is not true. Amida Buddhism promotes salvation or enlightenment by grace: simply chant the name of Amida Buddha to experience enlightenment. It is important to hear out what those who are devotees of Amida Buddha believe is entailed by grace. We need to do the same with Christianity. In orthodox Christianity, grace is determined fundamentally by the historical reality of Jesus Christ, including his death and resurrection. Amida Buddha is a fictional character or personification that symbolizes the infinite compassion of ultimate reality. One chants the name of Amida Buddha in Jodoshu toward the end of enlightenment through and beyond rebirth in the Pure Land (See for example; for variations within traditions centering on Amida Buddha, see the discussion on Jodoshu and Jodoshinshu).

I remember asking a Buddhist priest who represents a form of Amida Buddhism to share with me how she has experienced and learned infinite compassion from Amida Buddha. In my own tradition, I explained, the historical reality of Jesus is crucial to my ability to relate with his compassion. Given that Amida Buddha is a fictional character, I was curious how her experience of compassion was both similar to and different from mine. The question was not intended to dismiss the priest’s claim, but to try and understand how she saw the matter. Of course, I came at the question valuing historical realism, as I see it, but I did not intend the question as a conversation stopper, rather as a conversation opener. We need to try and understand various traditions on their own terms, ask for clarification as to their positions for greater understanding, and not approach them by way of self-imposed judgments as to softness, economic savings, and the like.

To me the issue is not whether or not Christianity is the only religion that promotes salvation by grace. Rather, Christianity is that religion that is centered on grace through faith as revealed in and through the person and finished work of Jesus in dying for our sins on the cross and in the new life he brings about through his bodily resurrection in history (See for example Romans 10:9-10; Ephesians 2:8-10). The key is to inhabit this story rather than pick and choose which parts of it I like based on predetermined prejudice and consumer preference. Moreover, we don’t win over anyone by showing them that our brand is better as in softer or less expensive or more durable. While from my vantage point there is a place for comparison based on internal coherence and external correspondence to reality, it must be based on growing awareness and comprehensive analysis of the various traditions, including how they see themselves. Even so, what wins people over to any tradition in the end is their being captivated by the all-encompassing embrace of the sacred stories which bind us and which we and others tell.

May 21, 2013 WANTED: World Christians on Mars Hill
Recent Comments
0 | Leave a Comment
"Yes, we all ARE on Life Support. This planet has a system that recycles Oxygen, ..."
Kyllein MacKellerann Don’t Take Anything for Granted. We’re ..."
"LORD Jesus, heal Christopher. Amen."
Herrnhut The Resurrection Is More Than a ..."
"00"
Graeme Cooksley Jesus’ Victory Doesn’t End on Easter. ..."
"This article reminds me with my teacher who tells us (his students) to not smoke ..."
Jason Imanuelle Are You Smoking What You’re Selling?
Browse Our Archives
Related posts from Uncommon God, Common Good