The ABC’s of Predatory Proselytism: Always Be Closing 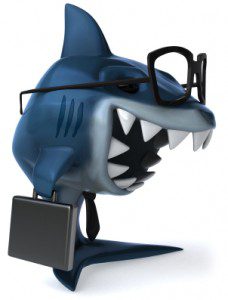 Most of us cringe when we hear a knock on the door and see a salesperson there. We often have a similar distaste for the prospects of visiting a car lot as we try to buy a new or used car. It’s not that we aren’t interested in purchasing products; it’s that we don’t want to engage certain kinds of salespeople—those geared toward hard sales. Hard sales salespeople follow a predetermined script with the goal in mind of getting us to buy their product, and quite possibly at the expense of our wants and needs. For these salespeople, it’s about the ABC’s of hard sales: always be closing, like Alec Baldwin’s character in Glengarry, Glen Ross, as he pushed the company’s salespeople: “Always Be Closing.”

We may not realize it, but many times Evangelicals are perceived in this same way by others when it comes to sharing our faith. We are taught various evangelistic techniques and memorize a way to present the gospel message. Some programs include a list of objections that people might have, and we learn various responses so that we can overcome these obstacles. All of this involves the most noble of goals as we want people to embrace Christ and become his disciples just as we have. But many times our evangelism becomes a sales script of process over person aimed at closing the deal. Given that the gospel is not ultimately a sales script or a business contract, but a covenant of interpersonal communion with a personal God revealed in the person of Jesus Christ, we are called to engage people relationally. Such engagement will involve dialogue, not monologue, whereby we listen well and invite others to respond to the good news in non-coercive ways and which address their own deep-seated personal needs as revealed in life-on-life and heart-to-heart encounters.

Salespeople are in business to sell products. Can you blame them? It’s their livelihood, and they have to eat, too. They draw upon a polished presentation in order to make the best case possible in the hopes of persuading their customers. This is fine as far as it goes, but when the salesperson responds by rote and simply repeats a previously memorized script without interacting with the needs and concerns of their customers, then they are dishonoring them. The best and most ethical salespeople don’t operate in this way. Approaching customers in this manner ignores an authentically personal way of engagement that involves truly listening to what the other party is saying, including creating the space for the possibility that they might not be interested in what the salesperson is encouraging them to purchase.

Unfortunately, Evangelicals too often fall into this trap in their zeal for evangelism. When we do, we cross the line from ethical evangelism into what some like Padma Kuppa have called predatory proselytism. It can happen in a number of ways. When we create our canned scripts with slick messages and seeming answers to every objection out of fear that if we don’t engage in hard sell tactics we will lose the person(s) in question for eternity, we often unknowingly move in the direction of predatory evangelism. We want to see someone saved, but in the end we devour them in our efforts to save their souls. We need to do our best to be faithful witnesses, but we must leave the results to a sovereign and merciful God who does not screw up.

The fear noted above is not the only fear. Many of us succumb to the temptation to memorize and regurgitate a script because we are afraid we will screw up the evangelistic encounter with someone. It may help us to know that Jesus and Paul did not operate by way of a static evangelistic script. What they said always got at facets of the overarching gospel message, but by no means was it a once-and–for-all-delivered-to-the-saints gospel tract. While the faith is once and for all delivered (Jude 1:3), they contextualized the good news to various encounters. For example, while both Peter and Paul focused on Jesus in their preaching, they framed their messages differently because of the needs of diverse audiences.

In Acts 2 Peter speaks to an audience of Jews and Gentile converts to Judaism, and he presents his message via an appeal to Jewish Scripture so as to emphasize Jesus as the Son of David and Messiah, crucified but also vindicated by God through the resurrection. When Paul presents the gospel to Athenian philosophers in Acts 17 he uses a very different approach, citing aspects of Greek culture and creation, culminating in Christ’s resurrection as a demonstration of Jesus as cosmic judge (note how different Paul’s approach is when addressing a Jewish audience; see Acts 21:17-23:11). The gospel message does not change, but the perspectives and needs of individuals require that we frame the gospel to speak to them in relevant, meaningful ways. It is also worth noting that in Acts 17, for example, Paul does not apply pressure to close the deal. He presents the gospel and his hearers respond in three ways: skepticism/rejection, openness to further discussion, and belief (Acts 17:32-34).

It may also help us to know that our God who is sovereign wants to relieve us of the pressure that hard sale evangelism brings with it. We don’t have to convert anyone, since none of us can close the deal anyway. God’s Spirit alone brings people to faith as the Word of God is shared and it penetrates people’s otherwise hardened hearts (see for example Rom. 10:17-21). While of course we should seek to be faithful witnesses, and God wants to use us in evangelism, we have no capacity to transform hearts and lives. We don’t even have the power to transform our own hearts. It is God who works in us to produce the work of faith in our own lives (See Ephesians 2:8-10).

Personally speaking, we are not about hard or soft sales in evangelism, since there is no commission associated with the Great Commission. Our job is simply to share and invite people to respond to Jesus relationally, not sell them religious products.

One way to get at a more relational approach involves sharing one’s own story of how one came to faith in Christ. It can be done in a variety and combination of ways, whether verbally, through a lifestyle of discipleship, and through listening to the stories of those with whom we share. Whatever way we express the good news of Christ, we do so with no strings attached. Sharing one’s story and listening to others can help all parties involved move beyond their fears of evangelistic witness, both the Evangelical who wants to “do it right” as well as our conversation partners who are concerned about unethical and high pressure evangelism. After all, it is not a canned sales scheme. It is one’s life. So, in place of “always be closing,” let’s move toward ABS & ABL: Always Be Sharing and Always Be Listening to others share.

May 28, 2013
Pulp Fiction and Divine Intervention: Fact or Fiction?
Next Post

June 3, 2013 An Evening with Dr. John M. Perkins: On the Twilight of Life and the Dawning of the Next
Recent Comments
0 | Leave a Comment
Browse Our Archives
Related posts from Uncommon God, Common Good