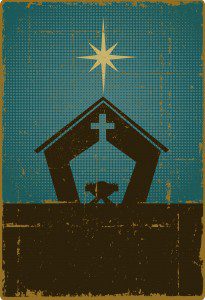 The Caesars of this world will continue on with the census and taxes and the Herods of our day will go on the rampage whenever threatened. But God is not taxed or threatened. They cannot undo his plan to bless all people, no matter how they try to make it all about them and fellow Romans, royals, rich, and famous.

This Christmas, be cognizant of the lonely and shut ins and little people, just like God. Be mindful of the widows and orphans and aliens in their distress, just like God. Remember that God in all his greatness is humble and lowly, too. In the baby Jesus, God looms large. Like Mary, may Jesus loom large in us anew:

“My soul magnifies the Lord,
47     and my spirit rejoices in God my Savior,
48 for he has looked on the humble estate of his servant.
For behold, from now on all generations will call me blessed;
49 for he who is mighty has done great things for me,
and holy is his name.
50 And his mercy is for those who fear him
from generation to generation.
51 He has shown strength with his arm;
he has scattered the proud in the thoughts of their hearts;
52 he has brought down the mighty from their thrones
and exalted those of humble estate;
53 he has filled the hungry with good things,
and the rich he has sent away empty.
54 He has helped his servant Israel,
in remembrance of his mercy,
55 as he spoke to our fathers,
to Abraham and to his offspring forever.”

56 And Mary remained with her about three months and returned to her home. (Taken from Luke 1, ESV) 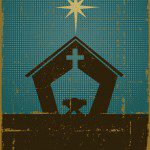 December 20, 2013 Advent Justice: God Embodies Justice
Recent Comments
0 | Leave a Comment
"Yes, we all ARE on Life Support. This planet has a system that recycles Oxygen, ..."
Kyllein MacKellerann Don’t Take Anything for Granted. We’re ..."
"LORD Jesus, heal Christopher. Amen."
Herrnhut The Resurrection Is More Than a ..."
"00"
Graeme Cooksley Jesus’ Victory Doesn’t End on Easter. ..."
"This article reminds me with my teacher who tells us (his students) to not smoke ..."
Jason Imanuelle Are You Smoking What You’re Selling?
Browse Our Archives
Related posts from Uncommon God, Common Good