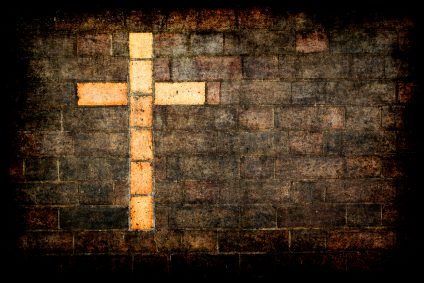 In The Cross and Gendercide: A Theological Response to Global Violence Against Women and Girls (IVP Academic, 2014), Elizabeth Gerhardt offers probing theological reflections that flow from Luther’s theology of the cross and that aptly address the growing, global evil of gendercide. The crucified God confronts gendercide.

Two themes that stand out to me from this important work are Luther’s emphasis on the ascent of faith coupled with the descent of love (which Luther refers to as Jacob’s ladder) and his dialectic of God hidden in revelation and revealed in hiddenness.

The gospel according to Luther teaches that God is for us (pro nobis). The doctrine of justification by faith bound up with this good news that God is for us is no empty academic doctrine. The theology of the cross that gives rise to this doctrine of justification by faith removes the idols of self-justification/works righteousness. As we ascend to Christ in faith because of the outpouring of God’s love into our hearts (Romans 5:5), we are free to descend to our neighbor in love (See Luther’s early Reformation treatise, “Freedom of a Christian”). There is no need for self-concern. Like God who is for us, we are now free to exist for others, especially those who are marginalized. It follows from God’s glorious revelation hidden in Christ’s humble and marginalized human state that we will find God revealed especially in the margins among the oppressed.

I believe the previous discussion on the ascent by faith in God coupled with the descent through God’s love to our neighbor along with the dialectic of revelation and hiddenness fits best the biblical revelation, including such passages as Matthew 25. Jesus declares that he is revealed in the hiddenness of those who suffer in the margins and that those who care for those who are oppressed and exploited serve and identify with him. Contrary to a sermon I heard in which the preacher argued that the sheep’s actions narrated in Matthew 25 assured them of their salvation, the text reveals that the sheep did not even know they had cared for Jesus. Their actions did not assure them of salvation; there is no evidence in this passage of self-concern for self-justification or concern over the assurance of salvation through their works. They are simply concerned for their neighbors in need. Whenever Christians are concerned with justifying themselves or assuring themselves of their salvation by caring for the marginalized, they fail to give themselves freely to their neighbors experiencing oppression.

The good news that God justifies the ungodly by faith leads to justice by faith in love for those in need with no strings attached. What is often lacking in my life is confidence in the radical grace of God revealed in Jesus’ cross and resurrection. As I come to understand more fully the radical good news that God is for us (pro nobis) and not against us, even though we were once his enemies, I will give myself more fully to the care of others as a response of gratitude to God and free exercise of the divine love.

May God increase the church’s confidence in God’s radical, gracious love. Only as we realize that God is for us will we cease trying to justify ourselves by our own works. Only then will we move from attempting to justify ourselves by turning marginalized others into objects of abusive charity or avoiding them  altogether out of a false sense of cheap grace. Rather, we will identify with them, including oppressed women and girls, with no expectation for a return on our investment.

The Lutheran Bonhoeffer, whom Gerhardt lauds, argued that Jesus is the man for others and the church is the community for others. Special consideration is given to those others who suffer genocide like the Jews or gendercide like so many women and girls across the globe. May we, the church, not stand aloof as we hear the cry of the victims of violence and sexual abuse (domestic abuse included). If we do, we fail to listen to Jesus’ call. Rather, may we enter their nightmare with the hope-filled advocacy grounded in faith in the all-powerful, gracious and costly love of the crucified and risen Jesus. Our Jesus is their victor. 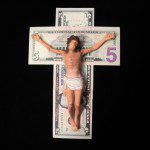 May 30, 2014
Only He Who Cries Out For The Victims Of Pornography May Sing Gregorian Chants
Next Post 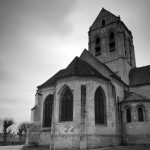 June 2, 2014 How Can the Church Guard against a Fortress Mentality?
Recent Comments
0 | Leave a Comment
"I don't know if anyone has mapped the mental road to tenderness that comes with ..."
jekylldoc Raw Faith, Vulnerable Deity: Finding Comfort ..."
"The American Church is wrought with people who are not smoking what they are selling. ..."
Hayden Mounce Are You Smoking What You’re Selling?
"This was a very interesting post to read. I have my own issues with Christian ..."
Hayden Mounce I Can’t Wait for Christian America ..."
"Going back to my comment on “How Relational is Your Worldview,” my assumptions based on ..."
Hayden Mounce Why Is the West the Best?
Browse Our Archives
get the latest from
Uncommon God, Common Good
Sign up for our newsletter
POPULAR AT PATHEOS Evangelical
1