“Hunger Games” and Birds of a Mockingjay Feather 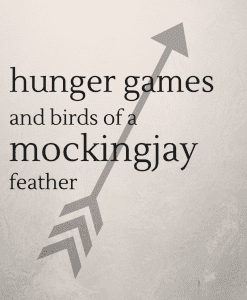 The following post may contain spoilers. If you have not seen Hunger Games or have not met President Snow of the Capitol personally, please continue at your own risk.

I recently watched The Hunger Games: Mockingjay – Part 1. I am fascinated by the way in which the Hunger Games franchise grips the imaginations of so many young people. The theme of the struggle for survival in the face of overwhelming odds stands out to me. Could it be that many children and young of heart (and old of hurt) resonate with the films because they might experience some level of catharsis through these cinematic sagas? Like the heroine (Katniss Everdeen) and those associated with her, many young, mesmerized viewers feel the weight of the world on their shoulders. They have to grow up way too early in life and take on gigantic challenges. They might feel like mediators who represent others vicariously in the struggle for the survival of the fittest.

Along with the personal connection to Katniss that many young people feel, they may also feel a connection to the fictional mockingjay bird in Hunger Games. The bird represents resilience, rebellion, justice and a mockery of the injustice of the Capitol. It makes sense that a bird plays a role of such symbolic importance, for birds often serve symbolic purposes for people and nations. During this festive season when people experience a culinary connection to turkeys (Benjamin Franklin’s preferred bird for our country’s symbol, in comparison with the bald eagle), many of us are sensing a connection to mockingjays, and not for palatable reasons. What kind of bird do you identify with at a gut level? A turkey, a dove, an eagle, a vulture, a mockingjay? Just think how each of these other birds might have piqued the interest and pricked the imaginations and consciences of various viewers to varying degrees had they been featured. We can learn a lot about people based on the pets and mascots they keep.  After all, birds of a feather flock together.

Still, there may be more to the mockingjay than what was suggested above in this post. The bird is known for mimicking music. While it is a symbol for freedom, is it really free when what it does is copy others? Perhaps the same is true for Katniss. She is seemingly the symbol of freedom for the various districts in the protest against the evil Capitol. However, all she wants is protection for those she loves. And yet, others seek to use her (the Capitol and District 13) to get her to mimic their own voices and agendas. There is seemingly far more to the Hunger Games series than what appears on the surface. The same holds true, I believe, for viewers’ fascination with the films (as well as books).

To return to where I started in this blog post, I think many young people are drawn to the Hunger Games franchise in part because of the personal connections they make with the characters and script. Just as Katniss feels the pressure to bear the burdens of the world against injustice, they may feel similar pressures of global-like proportions. Moreover, like Katniss, they may feel like mockingjays whose freedom is perhaps only surface level; they may sense pressure to mimic the sounds of those forces that use them for their own selfish ends. For example, perhaps the respective Presidents in Mockingjay – Part 1 are not unlike parents as well as Big Brother-like forces who try and involve their children and younger siblings in their various rivalries and get them to mimic their charges against one another for their own personal agendas and aspirations. They watch over those supposedly entrusted to their care, but don’t look out for these youths’ interests or the people and values they cherish most.

In view of the preceding reflections, I hope it is not simply young people who reflect deeply and passionately on Hunger Games. People such as children and parents and older siblings of all ages, shapes and sizes have something to learn and take to heart from Katniss and the various characters and storylines, including the mockingjay. 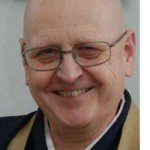 December 12, 2014
With Palms and Hearts Joined: A Eulogy in Honor of Abbot Kyogen Carlson
Next Post 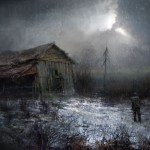 December 19, 2014 “Away in a Manger... Away in a Shack”—Meditations on Paul Young’s "The Shack" this Christmas
Recent Comments
0 | Leave a Comment
Browse Our Archives
get the latest from
Uncommon God, Common Good
Sign up for our newsletter
POPULAR AT PATHEOS Evangelical
1