Beyond Fashion and Fanfare: Follow in the Footsteps of Jesus’ Unassuming Love. A Tribute to Clark Blakeman

Beyond Fashion and Fanfare: Follow in the Footsteps of Jesus’ Unassuming Love. A Tribute to Clark Blakeman December 17, 2016 Paul Louis Metzger

He has been called Portland’s original hipster. At least, a friend called him that the other day. He was that before the term was in vogue. His legacy of Christian community development in the city and beyond preceded and will outlast its fashion.

Never one for fanfare, Clark Blakeman epitomizes what authentic Christian witness looks and feels like: care for others no matter if others like them or “like it” on Facebook. Here Clark has kept in step with the good news of Jesus Christ: to paraphrase Luther, God’s love creates the attraction; our attractiveness does not create God’s love.

Clark has partnered and networked with scores of people to provide comfort and care to people in suffering. Now his wife Cathy and others closest to him seek to make him as comfortable as possible in end-of-life care.

It’s people like Clark who reflect the uncommon God revealed in Jesus Christ for the common good of everyone, whether people believe in Jesus or not. There are no strings attached, no bait and switch. What you see is what you get, and what you get is more than can be seen with the eye. It sounds the depths of human dignity.

I wondered what example I might offer to illustrate your life, Clark. How about your life itself?

Clark left a noted church ministry position of incredible influence and impact to birth Second Stories—a local community development initiative created to equip churches to be connected in their neighborhoods. It was a big and perhaps surprising risk, but he did not allow the fear of possible failure or the rays of past godly glory to keep him from pursuing the genuine burden and call on his heart. Clark later moved with his family overseas for a year to connect with the people they supported through their work with Lahash International, which partners with local ministries across East Africa to bring good news and holistic care to children in need. In between, before and after, Clark’s life speaks risk, integrity, and grass-roots connection. That’s strong leadership that’s more than style. It’s substance.

My hope is that long after Clark passes into Jesus’ presence, there will be others who model these traits that Clark embodies. He has risked well and loved well, even when it hurts. There is hope for those who follow: there are those like Clark who have blazed the trail for you in Portland and beyond. Keep risking boldly with Jesus’ unassuming love.

Clark, I lift the cup of Christmas cheer to you and to those who follow with you in Jesus’ footsteps: may your tribe increase! 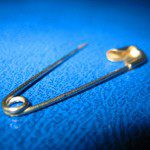 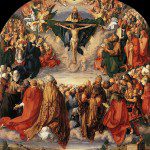 December 19, 2016 How Social Is Your Trinity? How Our Theologies May Say More About Us Than God
Recent Comments
0 | Leave a Comment
"Such a convicting concept. "Lord, I believe; help my unbelief." I am constantly having to ..."
Curtis Bell Are You Smoking What You’re Selling?
"While reading this I also thought of how there are often times those of us ..."
Monica Zherebnenko Are You Smoking What You’re Selling?
"“Cash smoked what he was selling,” the student remarked to Dr. Metzger. Johnny Cash was ..."
Gabriel Wallis Are You Smoking What You’re Selling?
"As the first reason for Dr. Metzger’s response why he cannot wait for Christian America ..."
Gabriel Wallis I Can’t Wait for Christian America ..."
Browse Our Archives
get the latest from
Uncommon God, Common Good
Sign up for our newsletter
POPULAR AT PATHEOS Evangelical
1