Lord, “Where There Is Injury,” Let Me Pardon—But Only After Pursuing Legal Action.

Lord, “Where There Is Injury,” Let Me Pardon—But Only After Pursuing Legal Action. May 17, 2017 Paul Louis Metzger 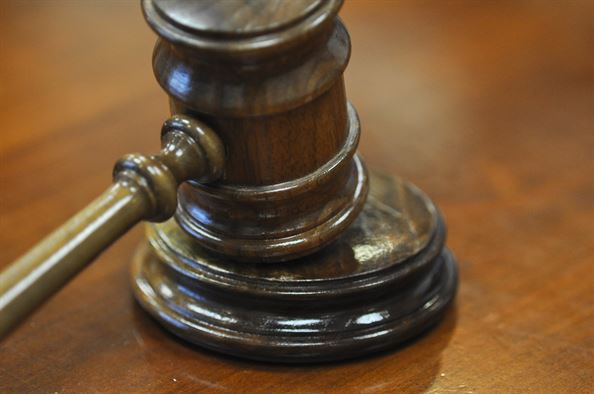 The prayer often attributed to St. Francis of Assisi referred to as the “Peace Prayer” includes the words, “Where there is injury, pardon.” Even though it is often claimed that St. Francis did not pen the prayer, it still resonates and penetrates our hearts as if he or someone like him did. What a contrast to the dominant way of thinking in our litigation age, in which we are bombarded by threats to sue on a recurring basis. The bombardment can twist our thinking so that we mistakenly paraphrase this prayer to read: “Lord, ‘where there is injury,’ let me pardon, but only after pursuing legal action—and winning.”

Someone who bears St. Francis’ name spoke on mercy and forgiveness during a visit to Assisi last year. Here is what Pope Francis said, “Too many people are caught up in resentment and harbor hatred because they are incapable of forgiving. They ruin their own lives and the lives of those around them rather than finding the joy of serenity and peace.” No wonder there is so little peace in our litigation age.

In one instance, St. Francis came upon a man who was deeply vexed with his master who had stripped him of his possessions and gave him only misfortune in return. Francis was very concerned for this man, who ranted and raved in cursing his master. Francis pleaded, “Brother, pardon your master for the love of God, and free your own soul; it’s possible that he will restore to you whatever he has taken away. Otherwise, you have lost your goods and will lose your soul as well.” When the man would not relent, Francis offered him his own cloak (perhaps the only garment he owned for protection from the elements) as a form of payment for what had been taken from the man. This act of kindness so touched the man’s soul that he forgave his master. One person who recounted this story claimed, “St. Francis was truly a man of forgiveness, a peacemaker who became a channel of God’s grace to others. We can become like St. Francis. When we pray for those who have offended us, it frees us to love as God loves. God’s grace has power not only to change us, but those who have done us injury as well.”

However, instead of sowing pardon, it is often easier—though very damaging—to sow bitterness. The root of grace and mercy bears the plant and fruit of forgiveness, not bitterness. Not only does the former fruit taste sweet, but also it provides nourishment to one’s soul and body, as well as the whole community. The latter fruit tastes bad and poisons the individual and all those around him or her. As Hebrews 12:15 states, “See to it that no one fails to obtain the grace of God; that no ‘root of bitterness’ springs up and causes trouble, and by it many become defiled” (Hebrews 12:15; ESV).

For the bitter in spirit, it is only after one pursues legal action and wins that pardon is a possibility. But what kind of pardon is that? One has already received payment, albeit not relational rewards through mercy.

Matthew 18 does not discount the need for reconciliation. The Lord Jesus calls for offending parties to make things right with those they have wronged, even though the offended individuals might need to initiate, as recorded here (Matthew 18:15-20). However, when Peter follows up with a question on how often he should forgive those who have offended him—seven times(?), the Lord tells him seventy-seven times, meaning that he should not put a cap on forgiveness (Matthew 18:21-22). In the account that follows (Matthew 18:23-35), Jesus then tells the story of a man who begged his master for more time to repay his debt rather than sell him, his family, and possessions. Filled with pity, the master forgave his debt in full. However, the pardoned man did not act mercifully toward a fellow servant who owed him money, albeit a far less sum. Instead of giving the fellow servant more time, he placed him in prison where he would stay until he could pay in full. The master’s other servants witnessed this ordeal. Greatly troubled by this punitive measure, they reported it to their master. The master imprisoned the vindictive party until the time he could repay his debt in full because he did not show mercy to his companion who pleaded for more time to pay his debt. Jesus concludes with this moral: “So also my heavenly Father will do to every one of you, if you do not forgive your brother from your heart” (Matthew 18:35; ESV).

Getting even may feel really good at times, but it only does further harm on each occasion. And even if we get even, will it ever be enough? Rather than getting even, we should seek to make whole. We need to forgive ourselves and forgive others, even while seeking reconciliation, especially in view of how God has reconciled us to himself when we were still God’s enemies: “For if while we were enemies we were reconciled to God by the death of his Son, much more, now that we are reconciled, shall we be saved by his life” (Romans 5:10; ESV). Yes, God will hold the guilty party responsible, but we must not act in kind, but in lovingkindness. Who knows? We may even win the guilty over, and back to God and to ourselves. Jesus and St. Francis know of no other way, and would have it no other way. So, what will it be—a spirit of bitterness and vengeance at every turn, or forgiveness that issues from a transformed heart?

May 14, 2017
Mother's Day May Be Very Profitable, But You Cannot Buy a Priceless Mother's Costly Love
Next Post

May 22, 2017 What Does Biblical Meekness Look Like in a Litigation-Loaded Culture?
Recent Comments
0 | Leave a Comment
Browse Our Archives
get the latest updates from
Uncommon God, Common Good
and the Patheos
Evangelical
Channel
POPULAR AT PATHEOS Evangelical
1 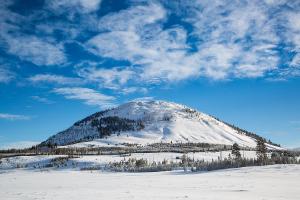