Why I Don’t Believe (Series Index) 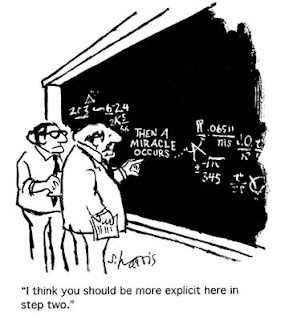 I’ve used this blog to pick at some parts of religion that I find off-putting (usually on a political level), but I haven’t spent that much time explaining why I don’t believe in Christianity, Judaism, Hinduism, Islam, Taoism, etc, etc, etc.

The other week, I was in a long conversation with a student proselytizing for a Christian group on campus.  It made me think more deeply about what my most basic, factual objections to Christianity are (which are distinct from objections I have to its moral teachings).  Since the tagline to this blog is still “A geeky atheist picks fights with her Catholic boyfriend,” it’s obvious I didn’t find his objections compelling.

This week, I’d like to put them before you and see what you have to say about them.  Posts on this topic start tomorrow.  Links in the list below will go live once the corresponding post is up.

September 28, 2010 The Two-Lazarus Problem
Recent Comments
97 Comments | Leave a Comment
Browse Our Archives
get the latest from
Catholic
Sign up for our newsletter
POPULAR AT PATHEOS Catholic
1

Catholic
And You Shall Know the Free Thinkers By...
Unequally Yoked
TRENDING AT PATHEOS Catholic