Why I Treat Atheism as a Team

There have been a number of interesting comments on my “Are Atheists a Side?” post from earlier this week, and, when I started to reply, I realized I’d need a new post to flesh out my response.  Since there have been a number of interesting discussions sparked over the past two weeks over how atheists should frame arguments, I’ve collected those posts into a series here.  As always, you can browse all post series under the Featured Series tab. 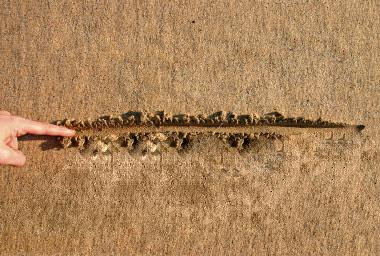 Many (vocal) atheists were of an intellectual bent, they could argue with religious people and had to have some conviction in their disbelief (if that’s not an oxymoron) because society imposed a cost on non-belief. Nowadays non-belief is so prevalent you can hold it as a position unchallenged and therefore you can become an atheist through rebellion, anger, disillusionment, default even. There is no need to go on an intellectual journey to find reasons not to believe in god, you can simply fall into it.

Atheism is not a side, except a side on the debate about the existence of gods. It is not a club. The only requirement for membership is that you do not believe in gods. There is no intelligence test. No rationality test. You can believe in fairies, leprechauns, unicorns and Middle Earth, that vaccines cause autism, that science is evil, that evolution is ‘just’ a theory as long as you don’t believe in gods.

The facts that March Hare presents are true (the growing numbers of new age-y, ‘spiritual’ atheists are enough to debunk the idea that atheism is intrinsically linked to rationality). However, it still makes sense for atheists to be a little less inclusive and a little more partisan, even in the face of resistance from these groups.

In America, atheists remain a marginalized, distrusted group: a majority of Americans say they would never vote for an atheist and presidential candidate Mitt Romney gets away with excluding atheists from the ranks of true Americans without raising an eyebrow.

Given our position, atheists have good reason to promote a certain view of atheism that includes more than just disbelief in God. Atheists spend a lot of time trying to simply promote the idea of atheists are relatively decent people (see the Foundation Beyond Belief as well as the insistence of my school’s Secular Students Alliance on participating in every Day of Service sponsored by the Yale Chaplain’s Office to prove our moral bona fides).

We’re trying to add content to the definition of atheist, because the definition already includes ideas beside disbelief in God, and most of those ideas aren’t very nice. For an imperfect parallel, think of the effort of the gay rights movement to curb the more sexually explicit parts of gay life (toning down pride parades, promoting monogamy for all queer people, excluding bisexuals). There’s a lot of room for debate about whether the mainstream gay rights movement was too suppressive, but there’s no denying they managed to root out and squelch many adjectives (promiscuous, kinky, sex-obsessed) that were tarring all queer people and hurting the rights movement.

The need for collective action to address harmful characterization is a large part of why I disagree with Christian H about whether I should have used the word ‘side’ to begin with. Christian said:

I, personally, still find the language of “sides” hugely problematic. If you continue to use this word, please consider its implications and whether you are unintentionally internalizing them: sides imply conflict, but disagreement doesn’t have to imply conflict; sides imply a win/lose (or perhaps lose/lose) scenario, but not a win/win scenario; sides imply a necessary contest, not a (albeit tension-filled) cooperation; sides can lead to, though not necessarily, in-group attitudes and antagonism to the out-group. While you can use “sides” metaphorically and recognize that these implications do not necessarily hold for this context, it is surprisingly difficult to maintain that mental quarantine in your head.
So, the question is, how many of those implications do you think are applicable to the current situation? Do you think that the different “sides” can/must co-exist in society and, if so, how useful is the word “side” in that case? In the end, the world isn’t a Debate Club.

Talking about sides is valuable because it reminds us that the actions and beliefs of people on our team end up reflecting on us all. Promoting in-group cohesion is important when your group is already under siege by the out-group. (Don’t forget, aside from the evolution fights, concerned parents have tried to oust teachers for being atheists). Atheists need a certain amount of message discipline to prevail, and we benefit from a slightly smaller tent and the twin forces of pride and shame that keep group members on their toes.

All that said, I still don’t think my atheism is anywhere near the most salient fact about me or my beliefs (my deontological approach to ethics leaves me with more in common with Catholics than evolutionary psychologists/ethicists). But, since atheism carries a lot of cultural and political baggage, I have to think hard about what my side looks like and what it should be.

November 17, 2010 Can There be an Atheist Agenda?
Recent Comments
2 Comments | Leave a Comment
Browse Our Archives
Follow Us!