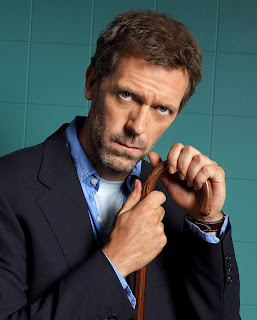 This is part of a series on covenant marriage, and, hopefully, it’s becoming clearer what this all has to do with virtue.

How do you know that you’re not a psychopath?

The simplest check on your sense perception (moral or physical) is checking with others to see if they have the same observations as you. If you diverge, you have to weigh the odds that you are the lone sane person in a crazy world. If you’re seeing auras that are invisible to everyone else, you probably have a migraine, not an insight. It’s a good rule of thumb for most aberrants, but this moral dampening effect tends toward conservativsm and retards moral reform that upends the status quo. Are there ways to tweak this heuristic for the better?

In one of my favorite episodes of the TV show House (the second season finale “No Reason”) Dr. Gregory House realizes that he’s experiencing intermittent hallucinations, and he can’t reliably distinguish them from reality. He’s working on a high-stakes diagnostic case, and he needs to remain involved. For every choice he makes, he has to weigh the possible harm and help of his action and seek a proportionate level of confirmation from his lucid employees. He’s free to make very low-stakes choices on his own (walking, talking, eating, etc), but any medical intervention has to be questioned by and justified to his team of doctors before he acts.

In yesterday’s post, I described my youthful conviction that only I could be trusted to guard my moral integrity. As I’ve grown up, I’ve rejected that idea and trust more in the regulatory power of other people’s regard. Choosing friends is kind of like taking a contract on yourself. If your friends share most or all of your moral opinions, then, if you start to waver, they’ll still be holding you to your previous moral commitments. The odds are low that you’ll all fail at once.

Even if my friends don’t conceive of their moral regulatory role in the same way I do, they still have an incentive to keep me on the straight and narrow. The identity of the person that they became friends with is compromised if I abandon my moral principles. They’ll lose their friend in a different, and possibly more upsetting way than they would if I moved away. It’s in their interest to preserve the person and behaviors that attracted them in the first place.

So the goal is building friendships with people value what is good about you and will fight (against you if necessary) to preserve it. Good friends will curb your excesses and help you cultivate virtue, and you’ll do the same thing for them.

Up next, this line of thinking is finally applied to marriage and my support for covenant marriage is explained