Is it so hard not to desecrate a Eucharist?

Is it so hard not to desecrate a Eucharist? February 11, 2011 Leah Libresco 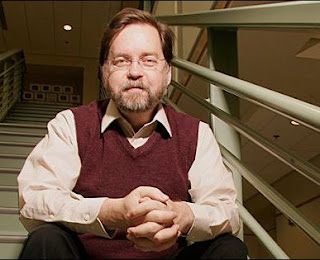 More responses to my claim that atheists ought not desecrate the Eucharist a la P.Z. Myers,  Let’s start with  one quick clarification:  NFQ took issue with me analogizing P.Z. Myer’s destruction of a consecrated wafer to the desecration of cremated ashes saying:

I think there’s a tricky aspect about your analogy to cremated remains. You can just buy a package of communion wafers. They mass-produce them in factories. I think it would certainly be rude to break into a church, steal their stash of communion wafers, and then destroy them and post pictures online. That seems like the analogy to your “taking the ashes of other people’s relatives.”

There is a difference between the communion wafers available online and the kind of wafer Myers had stolen for him.  Myers desecrated a consecrated wafer — one that had been transubstantiated into the body of Christ at a Mass.  The only way to receive a consecrated wafer is from a priest at a Mass.  It would be impossible for Myers to acquire one on his own.  Thus, the only way to get one is to steal it or to deliberately deceive the priest by going up for Communion illicitly.  The priest would never willingly give the Host to someone who planned to destroy it, so this is a fairly serious offence against the priest.  So, just like the ashes analogy, there is no legitimate, non-abusive way for Myers to acquire the Eucharist.

That brings me to NFQ‘s bigger point:

Several religions hold cows to be sacred. Does that mean that everyone else on the planet should stop eating beef (or at least stop taking pictures of and making any films that have scenes on cattle farms or slaughterhouses)? I don’t think so.

I still have sort of mixed feelings on the cracker desecration thing. He went out of his way to do something deliberately offensive to Catholics, and that does seem rude. On the other hand, it does seem like a fair and illustrative response to this ridiculous event. I’m inclined to see it as analogous to other newspapers’ reprinting of the Jyllands-Posten editorial cartoons or Draw Mohammed Day. Would I do it personally? I don’t know. But it seems like a reasonable choice, and I wouldn’t step in to restrict anyone else from doing it.

I’m a bit torn. I understand the urn/ashes point… but I see some differences. For me, the ashes would represent something tangible which serves as a cherished possession to represent memories, thoughts, and the love I had for a family member. I could clearly articulate why the possession/item was meaningful.

I don’t see a Eucharist as the same — it’s not sentimentality. The equivalent would be me insisting that you bow down before my relative’s urn because his spirit still dwelled inside and he deserved reverent worship. Would that make sense?

And if you said “screw you, I’m not bowing down to your great uncle,” should I be offended?

I think there’s an important distinction to be made between Hendy and NFQ’s examples and Myers’s attack on the Eucharist.  In the normal course of events, Hinduism’s restrictions on cow-eating or Islam’s prohibition on drawing Muhammed can be a problem for me in my day to day life.  Even my hypothetical friend’s insistence that I bow down and worship his great-uncle’s ashes whenever I visit his house is frustrating, even if I can avoid it by avoiding the friend.

But a prohibition (that binds me by moral law, it’s a bad idea to have a legal prohibition) on desecrating the Eucharist isn’t really an unreasonable thing to ask of me, any more than it would be an terrible privation if I could not piss in holy water.  I’m not surrounded by Eucharists that I am bound to respect; I will only encounter one if I attend a Mass.  Atheists like me and P.Z. Myers will never have a Eucharist in our possession except through theft, fraud, or conversion.  For the most part, I’m not free to desecrate one in the same way I am not free to pour liquid nitrogen on a Learjet, since I am likely to never be in possession of either.  Neither case is a violation of my freedom of speech.

Blasphemy laws and expectations are coercive and destructive when they are used to prevent me from criticizing a religion, prevent me from practicing my own religion (or being open about my lack thereof), or interfere with my day-to-day life in an even mildly burdensome way.  Having to avoid despoiling a Eucharist meets none of these criteria.

February 12, 2011 Defining Atheism, Defining Sacrilege (Series Index)
Recent Comments
171 Comments | Leave a Comment
Browse Our Archives
get the latest from
Catholic
Sign up for our newsletter
POPULAR AT PATHEOS Catholic
1