This is a new feature for the site, where I’m going to try to pull a specific conversation/controversy out of the comments of a previous post and put it back in front of everyone.  I always find it a little harder to follow these involved disputes when they get argued piecemeal in the comments, interspersed amid whatever other arguments are taking place. And just a reminder: if you’re trying to make a lengthy defense of your position in the comments, maybe you should ask about guest posting. 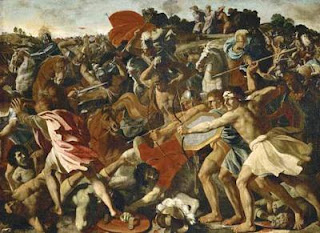 Over in the “Don’t Take Me Literally” thread, there’s been a interesting discussion taking shape about God’s prescribed slaughter of the Amalekites.  There’s plenty of discussion to be had about the historical contexts of this genocide (and William Lane Craig’s somewhat terrifying defenses of the legitimacy of this action as cited in Lee Strobel’s The Case for Faith), but, to be honest, most of the historical questions are way above my pay grade.  What interested me most in this discussion was whether the Amelekite massacre was just another iteration of the problem of suffering/evil or whether this case presented a qualitatively different challenge to Christianity.

I’m not as troubled by the problem of evil and suffering as are other atheists, but I find this incident and other similar problems in the Old Testament quite disturbing and they do make me doubt the truth/goodness of either the Christian or Jewish faith.  So I might well ask, “Why is this atrocity different than all other atrocities?”

The crux of the issue is that God is ordering his people to perform evil acts.  The choice that God makes to blot out, rather than redeem seems like an indictment of his mercy and love.  This cruelty is not initiated by fallen man but is blessed by God.

This kind of command runs into the same kind of problem as the sacrifice of Isaac.  If God can countenance acts that would otherwise be immoral, how are humans supposed to try to obey moral law?  In what way is Abraham different that the schizophrenic serial killer, when both put aside their moral scruples to take up the difficult task they believe God has laid on them?

I’d like to hear Christians and Jews talk a little in the comments about how they would judge whether to follow a depraved order that seemed to come from God or a person inspired by God.  Most Christians I know would suspect themselves to be mentally ill if they began receiving orders from ‘God’ that seemed to be incompatible with God’s nature.  Doesn’t this imply that we consider some actions to be unworthy of God?  Why should the Israelites have been so trusting?

If the Amalekites really had to be wiped out, even down to the last suckling child (already a qualm-inducing proposition), why would God force the Israelites to dirty their hands with this unmerciful slaughter?  Clearly the God of the Old Testament had no problem using natural elements to smite (raining down fire, raising up a flood).  Making humans the instruments of divine justice (especially when they aren’t capable of fully emboding divine love or mercy) must be a corrupting force.  How can an Israelite snatch babies from their mothers’ breast, dash them upon the rocks, and not be diminished by the act?

March 30, 2011 Play it Again: Desecration as Discourse
Recent Comments
67 Comments | Leave a Comment
Browse Our Archives
get the latest from
Catholic
Sign up for our newsletter
POPULAR AT PATHEOS Catholic
1 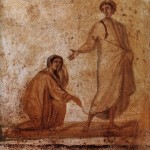 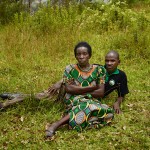