Play it Again: Desecration as Discourse

The giant comment thread at “Is it so hard not to desecrate a Eucharist” has been heating up again over the last few days, and I want to do a recap of why I think P.Z. Myers’s stunt was bad instrumentally for atheism and bad ethically for any individual atheist.  Here’s the rundown: 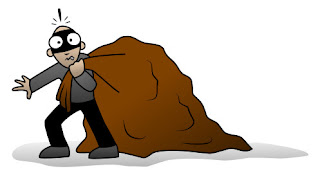 This is a pretty prosaic point and was the focus of the original post, but it keeps coming up, so I’ll go through it again.  A consecrated wafer starts off in the possession of the Catholic Church.  They don’t just ‘give it away’ as some commenters have claimed.  People receiving communion are required to be baptized Catholics and they need to consume what they take.  If you go up to the rail with the intention of pocketing and desecrating the wafer you are given, you are committing fraud.  The fact that the priest handed you the wafer ‘willingly’ signifies nothing, since his actions were premised on your deceit.  This is no more licit than using a fake id to buy booze, and the fact that your deception succeeded does not mean your victim deserved to be tricked.

It’s possible to avoid deception by simply stealing consecrated wafers from a church, but, unless people object in the comments, I’m going to assume I don’t have to prove that stealing is unethical.

There are circumstances where theft and/or fraud might be the least bad option, but I think the remainder of arguments in this post puts paid to that contention.

You’re not proving anything to Catholics 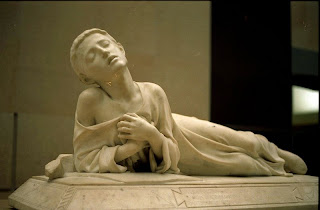 People in the comments threads have argued that Myers’s was somehow striking a blow against Catholic truth-claims.  That is simply not true.  Here are the two allegedly shocking truths Myers illuminated:

The first point I addressed in a standalone post (“Debunking a Debunking“), but it’s also answered in part by the main disproof of the second point: Myers was not being original.

People have been desecrating the Eucharist since the practice started, without much of an adverse effect on Catholicism.  My boyfriend’s confirmation name is Tarcisius — a third century saint who was killed trying to protect the Host from a crowd.  No one is surprised that their holy object is not respected in the same way by nonbelievers, but Catholics may be surprised by your aggression.  After all…

You can’t be deliberately trying to get a rise out of people and not understand that they get angry because they feel upset/hurt/assaulted.  Some atheists who endorse this behavior wouldn’t feel good about destroying people’s sentimental keepsakes or hurting someone’s best friend, but the subjective pain a Catholic feels when a Eucharist is destroyed is certainly comparable.  Pain experienced as the result of false beliefs is still pain, and your compassion shouldn’t be dampened because you think your victim is deceived.

If you want to defend this behavior, you’re free to persuade me that the benefits outweigh the harm, but you’ll get no sympathy from me if you have no empathy for your victims or regret that your actions were necessary.

You’re ceding the moral high ground in the debate 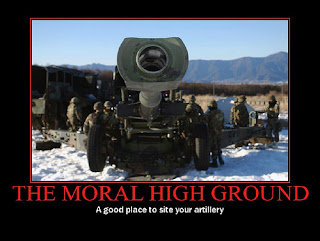 If it’s clear you’re causing pain to others (and especially if you don’t seem to care), it’s hard to look like the good guy, even if the other side behaves badly.  Responding to extreme provocation (the harassment of the boy who originally stole a wafer) with extreme action may seem fair to you, but it just makes both sides look like jerks to the people not affiliated with either side (your ostensible audience).

When atheists are already slammed as amoral and untrustworthy, I don’t want people on my team deliberately hurting others with little persuasive payoff.  Myers’s gleeful excitement plays particularly badly, no matter how violent or angry his opponents are.

I don’t think these attacks are advisable or ethical, and I wish atheists would stop endorsing/defending them.  At the very least, I want atheists to acknowledge this tactics are intended to harm people, and, consequentially, they require a more robust justification than has been offered to date.

March 31, 2011 If This is Religion, Why Bother?
Recent Comments
233 Comments | Leave a Comment
Browse Our Archives
Follow Us!