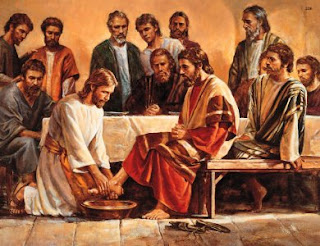 This Easter season, I made it to two days of the Triduum: Maundy Thursday and Easter Vigil. (Since I couldn’t make it to Friday evening services, I went to Tenebrae with my boyfriend instead). The Easter Vigil was lovely, even if my boyfriend was so tired as a result of exams that his mom and I had to keep a close eye on him whenever he was holding a lit candle.

Maundy Thursday was a little less pleasant. I had gone last year and had an awkward moment since I hadn’t checked ahead of time whether the foot-washing was restricted or whether all attendees were expected to participate. The priest had said from the pulpit that everyone was encouraged to participate, but I couldn’t guess whether his ‘everyone’ was premised on the assumption that people attending a Maundy Thursday mass were highly likely to all be Catholics. Just as when I was invited to take part in an open Communion at a Lutheran church, I wanted to be sure I wasn’t accidentally breaking the rules.

Later, I found out that I would have been welcome, so, when I went back this year, I had to make a decision about what to do at the Thursday service. It was clear that there the Church offered a strong endorsement of participation; the Triduum program asked in the description of the ritual, “What would it mean not to let your foot be washed?”

Well, in my case, it wasn’t a hard question: I don’t like to be beholden to anyone.

I don’t like accepting a favor from someone I have no way of repaying or being indebted to someone I don’t know and may not like. I frustrated my boyfriend for more than half a year by never taking food from the post-Mass receptions the campus church hosted. In my mind, the food was for people who had bought in, and it would be inappropriate to benefit from the Church’s largesse when I had no intention of supporting it. Not to mention, raised on a diet of mythology and fantasy/scifi novels, I have a slight distrust of accepting food in strange places.

Eve Tushnet advised me once that, if I wanted to give Christianity a fair shot, I should explore whichever aspects of the church that I found either profoundly attractive or profoundly repulsive.

Holding myself apart was at least partly a matter of pride, which is why I eventually caved to my boyfriend’s requests. My reluctance to participate in the foot-washing seemed like a similar objection, so, last Thursday night, I steeled myself, changed into a fresh pair of socks, and went off to Church.

I can recognize I was uncomfortable out of all proportion to the situation, but I was pretty uncomfortable anyway. On top of my unwillingness to accept favors from the Catholic Church, I was mortified when I was standing up in the quasi-line that had developed in front of the basin. Students were washing feet in the aisle, so I standing there trying to figure out when it was my turn while staring very hard at my hymnal.

There are a lot of times at Mass when I profoundly wish I could be invisible: recitations of the Lord’s prayer, any time people make the sign of the cross, and, most of all, the moment everyone files out to take Communion. I feel like I’m pulling focus and detracting from people’s ritual by being the strange silent girl next to you and making people wonder whether I am offering some kind of protest or rebuke.

I assume my concern is probably overblown – after all, no one else at the Thursday mass probably noticed anything strange, even if I felt terribly out of place. If only I could live up my hyperrational, dispassionate brand of strangeness and quash my feelings. 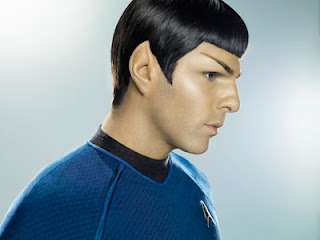