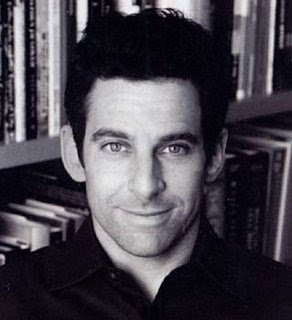 Sam Harris is blogging about morality and free will, and one of his examples puts me in mind of our discussion about culpability, hate, and radical forgiveness.  Harris doesn’t think free will is a coherent concept, but he doesn’t see that fact as precluding any discussion of culpability.  I want to focus more on the example he provides than his explanation, but, for the sake of completeness, here’s what he has to say:

What does it really mean to take responsibility for an action? For instance, yesterday I went to the market; as it turns out, I was fully clothed, did not steal anything, and did not buy anchovies. To say that I was responsible for my behavior is simply to say that what I did was sufficiently in keeping with my thoughts, intentions, beliefs, and desires to be considered an extension of them. If, on the other hand, I had found myself standing in the market naked, intent upon stealing as many tins of anchovies as I could carry, this behavior would be totally out of character; I would feel that I was not in my right mind, or that I was otherwise not responsible for my actions. Judgments of responsibility, therefore, depend upon the overall complexion of one’s mind, not on the metaphysics of mental cause and effect.

There’s plenty to discuss there and people are welcome to pick it apart in the comments, but I’m going to pass over it in order to consider Harris’s example of varying degrees of culpability.

…The degree of moral outrage we feel clearly depends on the background conditions described in each case. We suspect that a four-year-old child cannot truly intend to kill someone and that the intentions of a twelve-year-old do not run as deep as those of an adult. In both cases 1 and 2, we know that the brain of the killer has not fully matured and that all the responsibilities of personhood have not yet been conferred. The history of abuse and precipitating cause in example 3 seem to mitigate the man’s guilt: this was a crime of passion committed by a person who had himself suffered at the hands of others. In 4, we have no abuse, and the motive brands the perpetrator a psychopath. In 5, we appear to have the same psychopathic behavior and motive, but a brain tumor somehow changes the moral calculus entirely: given its location, it seems to divest the killer of all responsibility. How can we make sense of these gradations of moral blame when brains and their background influences are, in every case, and to exactly the same degree, the real cause of a woman’s death?

It seems to me that we need not have any illusions about a casual agent living within the human mind to condemn such a mind as unethical, negligent, or even evil, and therefore liable to occasion further harm. What we condemn in another person is the intention to do harm—and thus any condition or circumstance (e.g., accident, mental illness, youth) that makes it unlikely that a person could harbor such an intention would mitigate guilt, without any recourse to notions of free will.

Again, there’s a lot here, but I want to focus on the percieved difference between persons #4 and #5.  Both people are morally out of joint, but Harris (and most people) recognize a profound difference in intentionality and culpability between the man with a brain tumor and the one whose psychopathy should properly be labelled as ideopathic.  By letting the man with the tumor off the hook, we acknowledge someone’s moral sense can be radically disordered through natural causes and through no fault of their own, so why are we so quick to decide that the psychopath is free of any pernicious, exculpating influence.

I doubt we understand psychopathy well enough to say that it is freely chosen.  The impression I’ve gotten from my limited readings in this field is that many psychologists think psychopathy has a genetic component and the lack of empathy that characterizes it may be present from early childhood.  (Apparently Jon Ronson’s book The Psychopath Test: A Journey Through the Madness Industry is well done.  I liked the excerpt run in The Guardian.)  But, ultimately, I’m not sure what qualifies psychopathy as any more of an illness than hatefullness.  Is it anything other than an accident of definitions or a desire for vengeance that prevents us from labeling almost all extreme violence as criminal insanity?

I don’t imagine the moral sense as the kind of thing that exists on a wide, natural spectrum, where people might land anywhere or choose to move themselves.  I do see it as a telos for humanity, the kind of thing that no one can rationally reject.  Losing a sense of the moral law, or having it diminished, is a terrible privation and an assault on human potential.  Whether a disordered moral sense is the result of a tumor, an abusive childhood,  idiopathic pyschopathy, or the slow erosion of bad choices can have important practical ramifications for rehabilitation, but it doesn’t change the simple fact that all of these people are badly broken and ought be otherwise.  Pity and mourning are more natural than anger.

*Note: discussion of fault and forgiveness remains orthogonal to the question of what is to be done.  It is not the fault of a rabid dog that it has rabies, but that does not change the necessity of putting it down before it harms someone else.  In the general case, I would prefer to hold someone who was a danger to themselves and others in custody that was humane and non-punitive and hope there would be significant progress in rehabilitative treatment before the end of the prisoner’s natural life.

If it were I who was morally unmoored and dangerous, I would prefer to be put down, but I would not universalize this choice.  I suspect it is primarily motivated by pride.

June 1, 2011 Stemming the Knowledge Drain
Recent Comments
36 Comments | Leave a Comment
"Jesus wasn’t resurrected as a great miracle simply in order to convince people to believe ..."
John The Two-Lazarus Problem
"The cartoon is amusing, but flawed. One of the four virtues of Stoicism is Justice; ..."
Vulpes Inculta 7QT: Stoicism Man, Semi-Imaginary Money, and ..."
"Do You Know what isn't Fair? Calling Atheism a Religion. Or saying Dawkins is a ..."
skwills Who Gets to Give the Courtier’s ..."
"Oh! And you can get there via Naval Gazing.(probably not by Navel Gazing...)"
TheSparksFlyUpward Too Sucky To Be True
Browse Our Archives
get the latest from
Catholic
Sign up for our newsletter
POPULAR AT PATHEOS Catholic
1