Who Gets to Use Lewis’s Excuse? 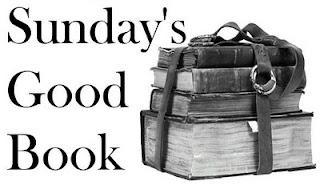 Now that college is over, and I’m wrapping up my guest stint at Daylight Atheism, I finally have time to get back to reading and blogging about books (or more precisely, books about atheism and philosophy, since if I were blogging through all the YA fantasy I’ve been reading, this would be a very different blog).  I’ve just finished C.S. Lewis’s The Problem of Pain, but I’m not that interested in discussing the main thesis of the book since, as I’ve said before, I don’t think theodicy is a defeater for Christianity.  I find the general structure of Lewis’s argument reasonable, even if I’m unconvinced any god exists that needs his defense.  So let’s get on to weird digressions.

At the conclusion of Lewis’s discussion of the Fall, he adds a brief caveat, to explain why his discussion omitted all mention of the parable of the tree of knowledge.

These theories may have done good in their day but they do no good to me and I am not going to invent others. We have recently been told by the scientists that we have no right to expect that the real universe should be picturable, and that if we make mental pictures to illustrate quantum physics we are moving further away from reality, not closer to it.  We have clearly even less right to demand that the highest spiritual realities should be picturable, or even explicable in terms of our abstract thought…

I have thought it right to allow this one glance at what is for me an impenetrable curtain, but, as I have said, it makes no part of my present argument. Clearly it would be futile to attempt to solve the problem of pain by producing another problem.

And lest anyone think Lewis is making an unfair criticism of science, I’ve linked below an xkcd cartoon that pretty much recapitulates the heart of his argument:

Lewis intends for this section to let Christians off the hook a little, but, when I read it, I immediately dogeared the page so I could use it in my next round with my Catholic boyfriend. One of the primary points of our disagreement (you know, aside from the existence of God) is that he claims I cannot legitimately believe in some kind of objective absolute morality (usually something akin to virtue ethics) if I don’t have a solid metaphysical system to ground it in.

I still defend myself by saying a moral system can be useful (and clearly superior to some alternatives) if it generates mostly correct answers, i.e. if it is a crude approximation of whatever proper moral judgement would look like.  And just as I don’t need to know physics to be able to figure out where a thrown ball will land in time to catch it, I don’t need a full understanding of whatever complex principles undergird moral law to be able to guide my choices and have a good-enough idea of what parts of me don’t measure up.

(Note: In point of fact, I know physics, but can’t reliably catch a ball.  Let’s treat me as an aberration, or say I am analogous to many philosophers of the academy).

So am I off the hook?  I tend to think that my claim is bolstered by the idea that if there is a just moral law that is binding on all people, it has to be reasonably accessible, or else everyone would have to delegate their moral choices to some arcane priesthood without the ability to discern whether their judgement were correct. In other words, if there’s any topic people should be allowed to get away with using approximations and stories to talk about, it seems like moral law fits the bill.

But if I claim this excuse for myself, I make it a lot harder to attack the people I disagree with or have an argument at all.  I’m not sure what heuristic to use when I’m deciding whether someone’s beliefs need a more in depth defense.  I’d welcome thoughts and disagreement in the comments section. 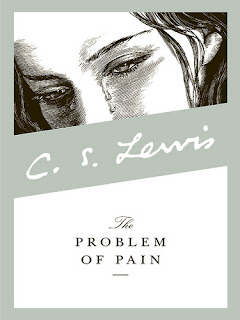 May 31, 2011 Sam Harris, Psychopaths, and Moral Culpability
Recent Comments
7 Comments | Leave a Comment
Browse Our Archives
get the latest from
Catholic
Sign up for our newsletter
POPULAR AT PATHEOS Catholic
1