The Boring, Quiet Rituals That Sustain Us Spiritually

Patheos Explore the world's faith through different perspectives on religion and spirituality! Patheos has the views of the prevalent religions and spiritualities of the world.
When I worked as an instructor at the Center for Applied Rationality, a lot of our curriculum on cognitive biases felt secretly virtue ethics-y: Here’s how small choices you make (including ones about what environments you exist in) shape your big choices and who you grow up to be.

I really enjoyed reading James K. A. Smith’s You Are What You Love: The Spiritual Power of Habit and reviewing it for Commonweal because it seems to cover spiritual life in the same kind of way. Here’s one of my favorite stories from the book (which I managed to fit into the review)

Smith writes about how he created one potent ritual of beginnings by accident, when he felt bad for the students taking his 9:00 a.m. class. He made them a promise that he would have coffee available five minutes before class, so that they could get their caffeine fix without making a harried stop on the way. Keeping that promise prevented Smith from beginning class frantically himself. He no longer had the option to work till the last minute; he had a hard stop he was forced to respect. Almost any preclass ritual might have won him this peace, but the particular act of preparing coffee helped him find an answer to the question he assigns to parents in his book: “We tend to treat our children as intellectual receptacles, veritable brains-on-a-stick…[b]ut what does it look like to parent lovers? What does it look like to curate a household as a formative space to direct our desires? How can a home be a place to (re)calibrate our hearts?”

As a teacher, Smith also wrestled with the temptation to think only of his students’ intellect, but making coffee for them forced him to think about the needs of their bodies. And, in the time that physical care required, he found himself invited to care for them spiritually. He began praying for his students while the coffee brewed. His classroom became “a space for the students to be welcomed into.”

This is the kind of thing I’m trying to think about more in my new job, where more of my responsibilities involve taking care of others, either in more obviously hospitable ways (planning company retreats) or in more boring ways (helping manage HR) as an opportunity to care for others as Smith does.

And, semi-relatedly, my fiancé shared this great post on ritual by Alan Jacobs.

It was only when I began to worship in the Anglican tradition that I felt the burden lift. Because that tradition gave me the right words to say — words that Christians had prayed (in one language or another) for two thousand years, words that had stood the test of time, that had been crafted by people whose walk with Jesus was longer and stronger than mine would ever be. Instead of trying to feel a certain way, I just needed to focus on saying the right words, and in that way training myself to live inside them.

Even more important, the tradition was so wonderfully patient with me! It didn’t ask me to comprehend the tragedy of my sinfulness immediately. Instead, it said “Here you go, we’re starting this season called Lent now. You’ll have forty days to meditate on these matters, and we the Church will help you at every step.” And then when Easter came the liturgy said to me, “You can’t celebrate this in an instant — in fact, we’re going to take fifty days to live into the miracle of the Resurrection and the new life we have in Christ.” 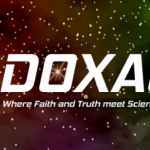 August 10, 2016
Theology nerds (who are also generally nerds) come to Toronto!
Next Post

December 2, 2016 My Favorite Books of 2016
Recent Comments
0 | Leave a Comment
"On that note... I recommend every Catholic and Christian have that post a read. Click ..."
Oktavian Zamoyski Effective Altruism and Caritas [Radio Readings]
"I think too many people have grandiose and unnatural ideas about charity. It becomes a ..."
Oktavian Zamoyski Effective Altruism and Caritas [Radio Readings]
"Jesus wasn’t resurrected as a great miracle simply in order to convince people to believe ..."
John The Two-Lazarus Problem
"The cartoon is amusing, but flawed. One of the four virtues of Stoicism is Justice; ..."
Vulpes Inculta 7QT: Stoicism Man, Semi-Imaginary Money, and ..."
Browse Our Archives
Related posts from Unequally Yoked

Catholic
Aunt Alberta And Being Right (but the boring...
Unequally Yoked
TRENDING AT PATHEOS Catholic