Starving Laypeople of Devotion in Church 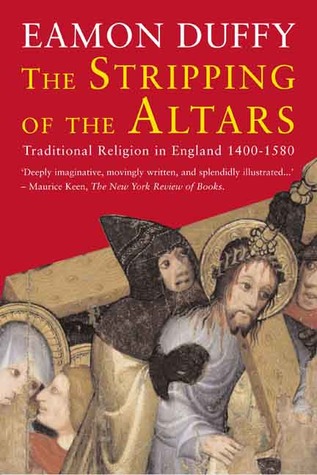 I just wrapped up (and really enjoyed) Eamon Duffy’s The Stripping of the Altars: Traditional Religion in England, 1400-1580. One of the themes that jumped out at me were the ways laypeople were pushed aside during the English Reformation. Although Protestant reformers were ostensibly giving power to the ordinary people of the parish (though translations of the Mass and other reforms), by attacking traditional devotions, they cut parishioners off from the kinds of worship they had known and the responsibilities that they had held.

One of the most striking examples was the change Cranmer made to the usual practice of having the families of the parish take turns baking the blessed bread (as Rod Dreher’s church still does):

In a series of instructions at the end of the Communion service, the prayer-book ordered that the old holy loaf rota should now become a rota for households in the parish to pay the communion expenses.

Changing the offering from an act of service to a simple reimbursement of expenses stripped the people of the change to participate in the work of holiness and sacramentality. The act of handing over money isn’t the kind of lengthy, hands on process of making bread. And you can’t see the actual thing you contributed in the service.

Even during Mary’s reign, the laypeople never quite got back their particular ways of serving their parish. Because the churches had been forced to discard and disfigure their ornamentation, when Mary required it be brought back, parishioners contributed to the basic needs of their churches, but had no resources left for the peculiar or personal gifts they had offered as parts of gilds.

Perhaps more significantly, 116 churches, nearly half the parishes visited, had no side altar, and although all but thirty quickly supplied the omission, the initial fact is surely significant. Of course, the basic reason in most cases was certainly financial: most parishes were struggling adequately to provide and adorn the high altar. In a sense, too, side altars were redundant in most churches in 1557. There simply were no longer the clergy to staff them, nor the number of Masses being said to make them necessary. But their absence signals the narrower devotional range of Marian Catholicism, a narrowing evident in the fact that few gilds were reestablished in Marian England. Where the parish was preoccupied with raising funds to equip its church for the basic round of services, the devotional elaboration of the gilds was an unaffordable luxury. The layman anxious to show his devotion now would find all the scope he needed in the needs of his parish, and the demands of that solidarity were likely to override all others. But the absense of gild and chantry priests, and the altars they had once served, reduced and to some extent refocused the liturgical variety of the parish

The only representation of the Virgin in most churches would now be the weeping figure standing under the Rood, where once there might have been multiple images of Mary — the Pietà, the Mother of Mercy, Our Lady in childbed, the Madonna and Child. And the ranks of holy helpers who once filled every angle of the chancel and presided over the altars were reduced now in most cases to one, or at most a couple.

Without the flexibility to offer the unnecessary, it was much harder for laypeople in the English church to delight in a personal, gratuitious gift. And harder for laypeople to enter into worship along anything but the center of the faith, rather than being able to travel in to communion along the odd side path trodden by a strange saint.

Also: Eve Tushnet has links to modern monks visiting an abbey of their order that was sacked by Henry VIII. 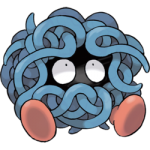 July 26, 2016 My Good Catch Catches Them All
Recent Comments
0 | Leave a Comment
Browse Our Archives
Related posts from Unequally Yoked