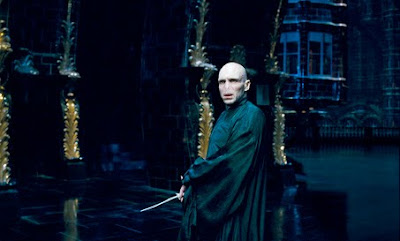 “Call him Voldemort, Harry. Always use the proper name for things.
Fear of a name increases fear of the thing itself”
— Albus Dumbledore, Harry Potter and the Sorcerer’s Stone

I was dumbfounded by a “On the Square” feature at First Things this week.  Christopher Kaczor gave advice to Christian parents who aren’t sure whether to have their children vaccinated against HPV and adopted the tone of someone teetering at the edge of a precipice.  After considering several approaches, Kaczor’s recommendation was as follows:

Parents should vaccinate their children for HPV, but they should not tell them precisely the nature of the vaccination. Likewise, parents should instruct the doctors and nurses involved not to tell their children exactly what this vaccination is for. In this way, the children are physically better protected, but at the same time no mixed message is sent. Both physical health and moral health are preserved.

I’m frankly flabbergasted by this idea (and, as someone with an interest in medical ethics, I find it appalling to prevent doctors from telling their patients what injections they are receiving).  The idea that children cannot know that they are protected against one of the possible negative consequences of sexual intercourse without being compelled to have sex ascribes too much power to sex. 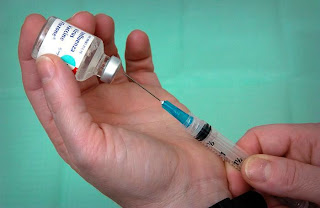 Hyperbolic language shifts the stakes of the decision.  Just as an overemphasis on virginity can lead girls to assume that after one transgression, there’s no marginal benefit to restraint, this paranoid approach to sexual temptation makes it a lot harder for teens to imagine controlling themselves if they make even one small concession.

Kevin Roose spent a semester at Liberty Univeristy, the extremely conservative, evangelical college founded by Jerry Falwell. Throughout The Unlikely Disciple: A Sinner’s Semester at America’s Holiest University, his discussions of sex with other students seem touched by a fatalistic dread.

Tears welling up in her eyes, Samantha told me the whole story. About a week ago, she’d snuck out after curfew to visit the off-campus apartment of a guy she’d been dating. They’d fooled around a little, lost control, and ended up having sex.

Kevin, adopting Samantha’s language, sees a causal connection between a small infraction and the annihilation of self that causes a loss of control.  The passive construction of “ended up having sex” denies any volition.  Samantha was overwhelmed by the malign influence of sexuality she had been warned about.  The other students at Liberty are always on their guard against the faintest wavering, lest they be likewise overwhelmed. One student is afraid to ever be left alone with a girl who he knows is attracted to him.  Another has to rush by girls in skirts so he won’t be tempted to look at their tuchuses.  The Liberty University dress and conduct code (no hugs lasting more than three seconds) are meant as a bulwark against defeat and despair.

These students haven’t been taught how to resist temptation, only how to fear it.  The paranoid, defensive tactics of their parents kept them ignorant of everything but one fact: they are hopelessly weak against the corruptive power of sex.  The over-defensive approach of Kaczor and others are training these children to fail.

June 6, 2011 How Can You Believe That?
Recent Comments
125 Comments | Leave a Comment
""Do you honestly think that a child raised by a woman has no exposure to ..."
Zorin 2012 Queer Blogathon [Index Post]
"I'd love to see a video of how it works. keranique shampoo reviews"
Marlene Garza Welcome Camels with Hammers to Patheos!
"Logismoi (the plural of logismos) are a fairly simple concept; they are whispers from either ..."
Rob, Portland Logismoi, Vampires, and Other Intrusive Thoughts
"I imagine I’ll do a lot more reading and pick a lot more fights over ..."
Donalbain A little about the queer stuff
Browse Our Archives
Follow Us!

Closing Houses of Worship During a...
A Little Bit of Nothing
Related posts from Unequally Yoked