I had the privilege of guestblogging at Daylight Atheism last week (all posts available here), so I’d like to kick off this week’s Seven Quick Takes by featuring a recent post by Adam, the creator of Daylight Atheism.  In “The Logic of Genocide” he asked penetrating questions about the kinds of rationalizations apologists in the mold of William Lane Craig use to justify Old Testament slaughter.  They rarely allow these explanations to be applied in any other circumstance.

ETA: Apparently some people do think these stories have modern day ramifications.  A friend of mine who is studying in Jerusalem for the summer was told by an Israeli that it was clear that all of Jerusalem was the patrimony of the Jewish people, since they were first to settle it.  When she disputed this claim he responded, “Yes, the Canaanites! Uh, God didn’t like them.”  Sigh.

And stay tuned because sometime next week I’ll be doing an encore post at Daylight Atheism to respond to some of the readings commenters assigned me to get me to stop going so easy on religion.

I won’t pretend there’s any theme connecting the Seven Takes today, I’m all tuckered out from preparing for an upcoming move, so it’s just going to be a rundown of exciting links.  And there’s no better way for me to kick off cool links than with wonky health news, so…

RINDERPEST HAS BEEN ERADICATED!!!

Are you not excited?  Perhaps I should explain.  Rinderpest, a parasite-borne viral disease of cows, is becoming the second disease in history to be eradicated (smallpox is the first).  In years to come, there will never be a naturally occurring case of Rinderpest (and since I don’t expect anyone will stockpile Rinderpest, as both the US and USSR stockpiled smallpox during the Cold War, we should be well and truly out of the woods).

Ok, sometimes I get excited about unusual (but really excellent) things.  But I totally get jazzed about conventional things, too.  Like Google’s new data mining initiative Google Correlate. 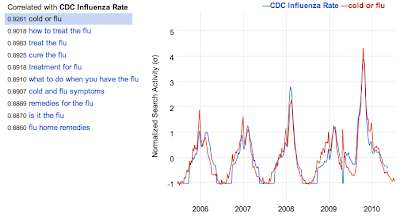 You can upload your own time-series data and Google will output search terms that correlate well with it!  Or  put in a search term and see what other searches peaked at similar times!!  Now everyone has access to the same kinds of analysis tools that spurred the creation of Google Flu Trends!!!

Aw, the heck with it.  I’m going all health until the last two, so if you are unmoved by SCIENCE!, skip to number six.

From the files of “Nature is unnatural (and awesome)” check out this Discover article on a woman who turned out to be a chimera (in the technical, not mythological sense).

Lydia Fairchild was confused. She had applied for state benefits to look after her three children, but according to DNA tests, she was not their mother. It was ridiculous – she knew full well that the children were hers, but she was being taken to court nonetheless.

This happened in 2002, but Fairchild’s case has striking parallels with one that cropped up just this year, involving a Mediterranean sponge called Scopalina lophyropoda. French scientists Andrea Blanquer and Maria-J Uriz found that around a quarter of the sponge’s larvae are genetically distinct from the parents that they come from. Somehow, they had inherited genes from a different source…

Both of them are chimeras, living things that are formed when two or more fertilised eggs fuse together. The chimeras of myth were monsters that combined parts of lion, snake and goat. Real chimeras merely have two or more groups of cells with distinct sets of genes. You get two individuals for the price of one.

And, to wrap up the strange science series, take a look at this CNET article about a man recovered after his heart had stopped beating for over an hour and a half. 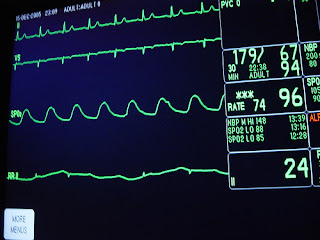 No miracle claimed, as far as I can tell.  These rare cases raise confusing ethical and legal questions for post-mortem organ donation.  Organs quality degrades swiftly after the heart stops, so transfer teams are usually poised to act the moment a doctor calls time of death.  The trouble is, it’s not clear how long they ought to wait.  Should they wait a few seconds longer than the period after which it is 99% likely the patient cannot recover?  Should they wait for the longest recorded interval someone has survived without a heartbeat?

I recommend the New Yorker article “As Good as Dead” on this topic.

And now, on a lighter, and non-science note, I’d like to share the blogosphere-bait movie trailer for The Waiting Game, a low-budget, pro-abstinence film with a very awkward Ted Haggard cameo (h/t BlagHag).

Perhaps if he’d worn a tie to his own wedding, his bride wouldn’t have walked out and the whole movie could have been prevented.

Though he, and everyone else, would have reason to be antsy if divorce were as simple as it’s apparently  become in Tajikistan.  A man can divorce his wife by telling her “I divorce you” three times, and some men have sent this message via text: “Taloq taloq taloq.”

The disconnect between modern tech and antiquated tradition is what’s driving coverage, but the sexist and abusive practice isn’t quaint or acceptable when it’s carried out out face to face. And the Tajiks aren’t the only people still operating under divorce law that victimizes women.  Remember the story of the college professor who refused to give his wife a get to prevent her from ever remarrying after their divorce?

June 4, 2011 Call him Voldemort!
Recent Comments
0 | Leave a Comment
"On that note... I recommend every Catholic and Christian have that post a read. Click ..."
Oktavian Zamoyski Effective Altruism and Caritas [Radio Readings]
"I think too many people have grandiose and unnatural ideas about charity. It becomes a ..."
Oktavian Zamoyski Effective Altruism and Caritas [Radio Readings]
"Jesus wasn’t resurrected as a great miracle simply in order to convince people to believe ..."
John The Two-Lazarus Problem
"The cartoon is amusing, but flawed. One of the four virtues of Stoicism is Justice; ..."
Vulpes Inculta 7QT: Stoicism Man, Semi-Imaginary Money, and ..."
Browse Our Archives
Related posts from Unequally Yoked