I’m not going to make you wait for it (wait for it).  The video of the Hamilton cast doing their relyricized opening number to tell the tale of Sweeney Todd is up! (Part of the annual Broadway Cares/Equity Fights AIDS benefit)

And, in another interesting bit of Hamilton reworking, there’s a nice article on the alternate posters they considered for the show.  (My favorite is below) 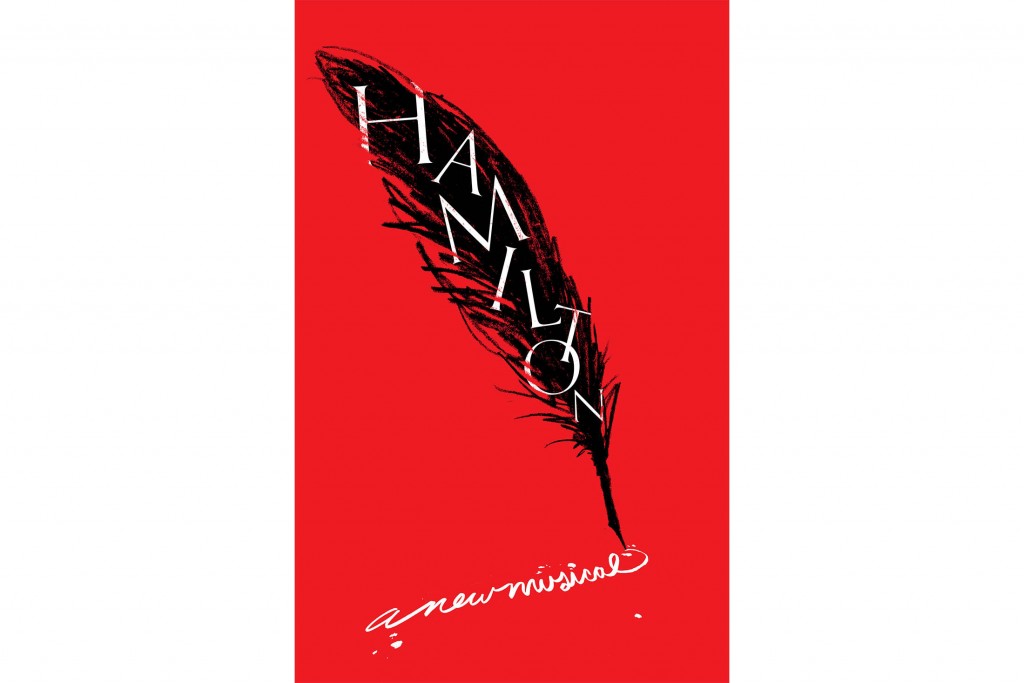 And one more charming reenvisioning: the Page F30 blog rewrote an article by one of my FiveThirtyEight colleagues to replace all the non-Germanic vocabulary with Germanic words.

Buried in the latest NBC/WSJ overlook is an asking for casters on who they chide for the land’s hushandling worrying. Now, 8 of hundred casters say that Obama’s holdings are “mostly answerworthy” for the bad hushandling and another 6 of hundred chide him some share. But the longer the unstillness lasts, the less untiring casters will be.

The explanation of how he came up with his substitutions at the end is a particular delight.

rungeistly – ambitious. The word ambitious comes from Latin ambitionem “a going around (to solicit votes)” but is rarely used in that way, and in German ambitious is ehrgeizig; this is cognate with English geist/ghost (spirit), and so I coined the word rungeistly to mean “with a running spirit”.

One stats story that didn’t appear on FiveThirtyEight (in exclusively Germanic language or otherwise) was this exhaustive analysis of colors of underwear worn by a particular subset of MIT students.  Where did this dataset come from, you ask? Well..

There are a lot of pie charts.

Oh, and did I mention this was posted to the MIT Admissions blog?

So how much learning is connected to meaning and how much comes from pattern recognition? Researchers have tried to separate the two processes in the lab by creating artificial grammars with made-up words, or even tones, and seeing how much of the pattern people can deduce without explicit instruction or any connection to meaning.

The answer is: quite a bit. People, even as babies, are good at pulling out grammatical structure from patterned data. But the artificial learning experiments are necessarily small and limited, so it’s unclear how much they can tell us about language learning in the real world.

As it turns out, there has been a large-scale natural test of statistical learning out there all along in the practice of Qur’anic memorization. There are Muslims all over the world who do not speak Arabic (in Indonesia, Pakistan, and Turkey, for example), but who as part of religious practice memorize the Qur’an for recitation, often starting as children and continuing memorization training for years. That training is often unaccompanied by any explicit Arabic instruction or direct translation of the memorized text. They get the statistics of the pattern without the meaning.

The researchers could compare how well these Qur’an memorizers had learned Arabic grammar through osmosis compared to students who had studied the language formally.

And this one starts as a flawed experiment, but turns into something much more complicated. (I almost stopped reading when it seemed like it was turning into a long story about proper citation format, but I’m so glad I kept going).

Finally, I really liked this profile of a woman who makes fake fingers for former Yazuka (who are sometimes called upon to sever a pinky as a sign of apology).

Her decision to continue producing artificial pinkies for reformed mobsters resulted in the breakup of a relationship and criticism from her family for “enabling” gangsters.

But it also coincided with a dramatic rise in demand for her services. The 1992 anti-organised crime law brought Japan’s underworld under unprecedented police scrutiny. Combined with the bursting of Japan’s economic bubble – a cash cow for gangsters involved in real estate – the legal challenge to decades of official and public tolerance sent large numbers of mobsters to Fukushima’s door in search of a fresh start.

April 27, 2016
Mercy, Justice, and How To Tell The Difference
Next Post

May 2, 2016 Hedgehogs of Redemption and the Comedy of Grace
Recent Comments
0 | Leave a Comment
"On that note... I recommend every Catholic and Christian have that post a read. Click ..."
Oktavian Zamoyski Effective Altruism and Caritas [Radio Readings]
"I think too many people have grandiose and unnatural ideas about charity. It becomes a ..."
Oktavian Zamoyski Effective Altruism and Caritas [Radio Readings]
"Jesus wasn’t resurrected as a great miracle simply in order to convince people to believe ..."
John The Two-Lazarus Problem
"The cartoon is amusing, but flawed. One of the four virtues of Stoicism is Justice; ..."
Vulpes Inculta 7QT: Stoicism Man, Semi-Imaginary Money, and ..."
Browse Our Archives
Related posts from Unequally Yoked