I didn’t even know that there existed pay-to-play pool tables, but I was really happy to watch this short video on how the machinery inside manages to return the cue ball to you when you sink it, but divert all the other balls to a locked chamber, waiting for the next game.

Ngozi of Check, Please! (a hockey-and-friendship comic) has an explainer on how she learned to draw fingers that’s a lot less complex than the magnetized pool table.

And when it comes to tutorials on reporting, I like Rose Eveleth’s advice for “Not Writing Ableist Garbage”

This brings us the second thing I’ve learned: remember who these devices are for. Prosthetics is a sexy topic right now. But most of the stories about prosthetics are about some incredibly advanced leg, or some incredibly cheap 3D printed hand or some incredibly strong exoskeleton. These stories aren’t really about amputees, they’re about soothing a broader cultural anxiety about technology. Yes, our constant appetite for things might be destroying our planet, changing our interpersonal relationships, turning us against one another. But look how much good it can do, too!

About half of those stories don’t talk to a single human being who uses the device the piece is drooling over. But who cares! Look at this inspirational video in which a man picks up an egg! Technology is amazing! We’re all going to be okay!

“Remember who these devices are for” seems like it could apply as well to policy as to prosthetics.

Meanwhile, speaking of treatments of disability, Daredevil, the tv series about a blind lawyer who fights crime in court and with his fists, started its second season today.  I haven’t seen an episode yet (I’m hoping this season has a higher law to punching ratio — I’m a big fan of Law and the Multiverse) but I did get to see Alexi Sargeant’s essay on Daredevil’s particular virtue for Acculturated.

It seems clear from his nickname, The Man Without Fear, that the virtue we should look for in Daredevil is courage. Like most superheroes, he constantly embodies courage with his death-defying feats. But there’s a particular courage to Daredevil, a white-hot core of resolve that shines all the brighter as his circumstances get darker and more desperate. Frank Miller’s Born Again made it a key component of the character, and comics creators ever since have come back to it: Daredevil won’t stay down. Like his father, boxer Battlin’ Jack Murdock, Daredevil is in his element when he’s on the ropes and grinning in defiance. What’s aspirational about Daredevil is his courageous response to the darkest of circumstances.

It’s interesting to contrast Daredevil with Captain America — the line “I could do this all day” repeated to good effect in the latest Captain America: Civil War trailer would fit either man.  Daredevil does tend to have uglier, more exhausted fights than Cap — something about him feels more like he’s tends to be taking a beating outside of fights, too, and he’s just learned to endure.  Daredevil’s superpower sometimes seems to be mostly being willing to suffer for longer than his opponents, and to be able to win fights of attrition on this basis.

Cap, on the other hand, seems more unyielding, unable to back down from fights he thinks are just, no matter what the outcome is.  Daredevil decides he is willing to suffer for his cause, Cap seems more like he’s become someone who has given up the ability to choose to leave the field.

Renouncing the choice to give up reminds me of the road to martyrdom taken by the Trappists monks of Algeria.  They made themselves incapable of leaving the people they served so that they didn’t have the choice to back down any more than they had a choice to phase through walls.

The film about them, Of Gods and Men is one of my favorites, and I got the chance to rewatch it with friends just a few weeks ago.  And, today, Domincana has a great essay up about the movie and the monks.

Nevertheless, determined as one may be to love to the end (see Jn 13:1), by no means does kenosis—that total emptying of self to which we are called in imitation of Christ (see Phil 2:7ff.)—come easy. Our final scene, evoking Christ’s Agony in the Garden and His Passion more generally, finds Brother Luc alone at a desk, writing a letter to a friend. In it, he reports how his situation is deteriorating. There are too many patients and too little medicine. The violence is keeping locals away from the clinic, unable to access the help they so desperately need.

As darkness begins to thicken all around the abbey, one could understand how Brother Luc might feel this sorrow over a love not well realized, just as Christ felt sorrowful unto death in the garden on Holy Thursday (see Mk 14:34). Yet consider what he writes: “Here it is mayhem and violence. We are in a high-risk situation, but we persist in our faith and our confidence in God. It is through poverty, failure, and death that we advance towards Him.” Then, after bowing his head, he summons the strength to get up, advancing in the direction of a painting that has been in the background throughout the scene, hanging on the wall on the far side of the room. With adept cinematography, the camera zooms in on the painting, Caravaggio’s Christ at the Column. Several seconds later, Brother Luc enters the frame, laying his gray-haired head close to His Savior’s chest, imitating the Beloved Disciple at the Last Supper.

(Ok, I don’t have a segue from that to a joint interview between Lin-Manuel Miranda and William Daniels [the original John Adams in 1776] but I’m not going to miss the chance to link it.)

WD: That was always an interesting moment. Doing John Adams was one of the highlights of my acting career: you come out in front of the curtain, and the people are sitting there rustling their papers, and the men are probably wondering why they bought these tickets—and then you start, “By God, I have had this Congress!” And it was always Con-gress. Sherman Edwards said, “You have to say Con-gress.” That whole speech was done in front of the curtain, and then the curtain opened up and this whole choir of voices sang, “Sit down, John!” That really grabbed them. You know, Lin-Manuel, I saw the “60 Minutes” piece aboutHamilton, and I was so impressed. The way you put his story into music, into—I don’t know what you call it. Be-bop? Rap? It really grabs people. And it has to grab people. Otherwise, it could be kind of boring just to talk about history.

LM: Someone said something really smart once: “You kind of have to work hard to make this story boring.” My arc in learning about all this was actually similar to yours, Mr. Daniels, in that I didn’t know anything about this era of history until I started writing it. And as I fell in love with the research, and these stories, I found that if you make the political personal, you can get away with putting in as much information as you want—as long as it always has a personal angle, and they remain flesh-and-blood creatures. Once everyone starts spouting, then you’re dead in the water.

Finally, two of my friends have written up their discussion of the Name of the Year tournament (like March Madness, but for funniest/most delightful name found).  I got a kick out of reading through their serious analysis of a silly topic, particularly this bit:

Gavin: Here’s the problem with Scholastique Koolimo (which I suspect you are getting at) — the first name’s last consonant and the last name’s first consonant are the same.

Gavin: You’re ending on K and then starting on K. It’s awkward to say. Not mellifluous at all.

BML: PRE. CISE. LY. The pause kills it. Momentum may not really be a thing in the NCAA tournament, but it is when sounding out names.

Gavin: Now it’s worth asking ourselves, why didn’t this hurt Jerusalem Monday?

BML: You don’t have to reform your mouth to enunciate another M.

(It reminds me of Niles from Fraiser shooting down “Jack Crane” as a possible name for his impending child due to the “dreaded glottal stop.”) 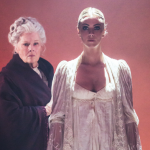